Scandals, distrust of big business and a belief that business should be about more than turning a profit are some of the themes underlying the big governance stories in 2016. 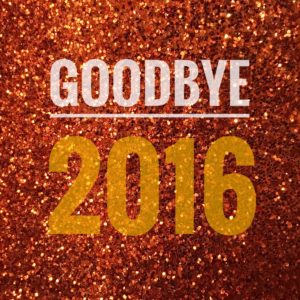 It’s been a big year in corporate governance and leadership, not least because December saw the launch of Board Agenda.

Putting aside our own trumpet-blowing, 2016 was a year in which events like the Brexit referendum, the election of Donald Trump and the unfolding tragedy in Syria shook the world.

But governance and corporate leadership also came to dominate headlines and the business pages. Why was that?

As might be expected, scandals continued to crop up, prompting public examination of governance rules and regulation—debates that forced regulators and governments into a response.

But there are other factors. No gathering to discuss governance could take place without recognition, indeed confession, that there remains a lingering lack of public trust in big business and the executives at its heart.

That’s a hangover from the financial crisis. But there was also general recognition that the Brexit referendum and the election of Donald Trump indicated that voters are now acting on a belief that globalisation has failed to provide an adequate distribution of wealth. Big business is part of that perceived problem.

The evolving reaction to the financial crisis also brought about a growing sense that big business has to do more than turn a profit: it has to care about the people and environment in which it functions; it must be socially responsible. 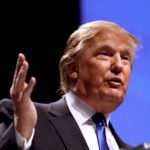 As that belief spread from the public to politicians to policy makers, boardrooms and regulators, governance has been asked to change, accommodate and reflect a societal role for business that extends beyond the P&L.

That’s a journey governance has been on for some time, but 2016 saw it continue and be underlined. It means business is increasingly thinking about a shift from thinking short term to the long term. The meaning of capital should go beyond finance and tangible assets, like machinery, to include elements such as people and natural resources. And, in the UK at least, discussion is now focused on what might be a critical moment: a movement from shareholder-driven governance to a stakeholder model.

The implications of this switch for governance principles and the way business behaves has yet to fully unravel. But it is going to make for an interesting year ahead in which corporate governance and corporate leadership remain central areas of debate.

So, here’s a quick rundown of the most important governance stories from Board Agenda.

May saw the now annual shareholder revolt season as once again executive pay and performance came under close scrutiny.

But while pay packets may prompt screaming headlines, climate change and its impact on business was climbing the corporate agenda. Even if companies appeared slow to disclose the impact of climate change, evidence emerged that investors are collecting the relevant data. 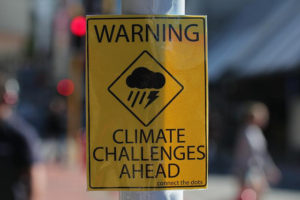 Climate remained on the boardroom agenda until the end of the year when the G20’s task force on climate change financial disclosure published its much-anticipated guidelines for corporates and regulators to consider. It will now be up to individual nations to decide what they do with them.

The environment was, of course, central to the trials and tribulations at VW. The company continued to be the subject of major news, not only for its customers in the US and elsewhere, but also for what the Dieselgate scandal told us about executive power and corporate leadership. Board Agenda asked what the company could do to restore confidence.

Central to confidence is leadership, and scepticism of corporate leaders is underlined by public and, in many cases, political outrage over boardroom pay. If the issue wasn’t causing consternation in the UK, the French president François Hollande was fuming over the pay package of Carlos Ghosn, the head of Renault. This prompted a proposal for reform bringing in binding votes on pay.

Even the European Union has been grappling with pay. In December the EU agreed changes giving shareholders the right to vote on remuneration policy as well as see a fully disclosed remuneration policy—measures that will bring many European countries up to speed with the UK.

Further north Sweden was having its own governance debate after a series of scandals the previous year. However, those events, as well publicised as they were, seemed to prompt little appetite for overhauling the country’s governance model.

Further afield in Japan governance reform has been a major strand in the country’s economic reform. There were early doubts but recent reports suggest there is now more enthusiasm among the country’s corporates and investors.

Back in Europe reform of the audit market saw companies place a fresh emphasis on audit quality, shifting their interest away from cost. The reforms gave audit committees extra responsibilities, but it also ushered a renewed sense of their importance to governance.

The importance of the digital world for business continued to grow during 2016, though discussion began to shift substantively, from fascination with the internet to a growing realisation that artificial intelligence would be the next big business driver. That said, major IT security breaches continued to remind everyone that the digital age brings with it unresolved risks that can result in disaster if not managed properly.

In the UK all attention was redirected when Theresa May became prime minister, promising a major reform of corporate governance as part of her campaign to improve social equality. She talked of more regulation for executive pay and putting employees on boards. Government published a consultation paper in December and debate will continue for some before firm proposals are put before Parliament.

It’s been a hectic year for governance. The year 2017 only promises more of the same.