Volkswagen remains mired in scandal over its governance arrangements. Germany’s governance has failed to provide an independent board and for many shareholders the only hope of change is if the automaker fails to pay a dividend. 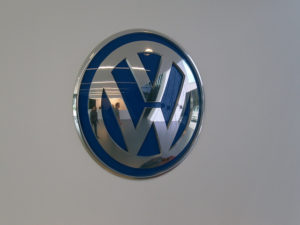 Before its annual general meeting on 22 June in Hanover, investors are gathering forces to attack Germany’s largest corporation, Volkswagen.

Chris Hohn, founder of hedge fund the Children’s Investment Fund, which claims to own more than 2% of VW in all share classes, wrote a letter to the company’s leadership, stressing that they had “a major corporate governance problem” as well as “under-performing and overpaid management”.

Other VW shareholders such as DSW (Deutsche Schutzvereinigung für Wertpapierbesitz), a major German association for the protection of investor’s rights, UK-based investment management company Hermes Eos, and Norway’s Government Pension Fund (Statens pensjonsfond Utland—SPU), all say that they want the checks on VW to improve. In their view, a special VW audit of the emissions scandal would be a start.

The company has seen a series of embarrassments in past years—corruption, secret bonus payments and sex workers paid for on company accounts to keep union members happy, for example—culminating in the latest emissions scandal for which Volkswagen has had to build up financial reserves of €16.2bn to pay for expected damages and penalties.

These scandals are set against a German system of corporate governance that is supposed to give a wide range of interests a say on governance.

These scandals are set against a German system of corporate governance that is supposed to give a wide range of interests a say on governance.

Publicly traded entities comprise two independent panels, a management and a supervisory board. Half of the seats in the supervisory board of large corporations are in the hands of the unions.

This dual system is prescribed by German law, in particular by the German Company Act (Aktiengesetz 1965).

Still, Volkswagen’s supervisory board is less than independent. The German federal state of Niedersachsen (Lower Saxony), where the company’s headquarters are located, holds 20% of the shares, and the founding families—Porsche and Piëch—yield enormous influence via Porsche Holdings with 52% of voting rights.

In VW’s supervisory board they are represented by Ferdinand Oliver Porsche, Wolfgang Porsche, Hans Michel Piëch and Louise Kiesling.

Professor Christian Strenger, a former member of the corporate governance commission and an economics professor at Leipzig University, has now announced an intention to move several motions at VW’s annual meeting: he is also a shareholder.

He demands a special audit into the company’s practices and to deny formal discharge to management and supervisory boards.

Not only is he of the opinion that the members of VW’s supervisory board “violated their duties” by paying large bonuses to management in spite of the losses, he also feels that only “a maximum of three members on the non-union capital side can count as independent”, namely the two representatives of major shareholder Qatar (17% of voting rights) and the Swedish banker Annika Falkengren.

Strenger wants to stop the re-election of Hans-Dieter Pötsch as chairman. As CEO of VW’s sister company, Porsche Holdings SE, Pötsch has to pursue the interests of the controlling shareholder, the family, the professor argues.

Pötsch also is VW’s former chief financial officer and has no interest in being made liable for the so-called ‘Dieselgate’ affair.

Strenger feels Pötsch cannot possibly lead an investigation into the wrongdoings of a VW management to which he used to belong: “Currently the panel does not credibly fulfil its controlling function and does not enjoy the trust of investors and the public,” said Strenger.

The German corporate governance commission itself, however, does not comment on individual cases and neither does it plan any changes to the codex in 2016. Peter Dietlmaier, its spokesperson, said, however, that for the coming year members are debating whether the code needs to stress the importance of independent members in the supervisory board even further.

Also, there might be changes to the code’s preamble, insisting on board members subscribing to what the Germans call ‘Kaufmannsehre’—the age-old honour of an honest merchant.

“One hope is that Dieselgate causes such damages that VW cannot manage to pay dividends any longer.”

Heiner Thorborg, an executive search consultant with a strong practice in identifying members for supervisory boards, stresses the cultural issues behind Dieselgate.

“VW’s practice was and is to do only what serves the family’s, the state’s or the unions’ interest.” Also, Ferdinand Piëch, member of the founding family and VW’s former CEO, used to practice “a culture of terror”, according to Thorborg. “Whoever contradicted Piëch received the ‘death sentence’—and was fired”.

Many now call for stricter laws to reign in VW. Professor Manuel René Theisen, economics professor at Ludwig Maximilians Munich University and a well-respected commentator on corporate governance, shakes his head: “VW is a family firm and property rights are protected by German law.

“Also, the family has dug itself in behind the fact that most other investors only hold non-voting preference shares.” The only leverage against the Porsches and Piëchs in Theisen’s view is public pressure. “Minority investors can only walk away or hope.”

He adds: “One hope is, though, that Dieselgate causes such damages that VW cannot manage to pay dividends any longer.” Under German law, after two years with no dividends, non-voting preference shares become active.