Discussion of governance reform in the UK is dominated by employees becoming part of the boardroom decision-making process. Will Britain follow the lead of many European countries where employee representatives have been part of the governance framework for decades? 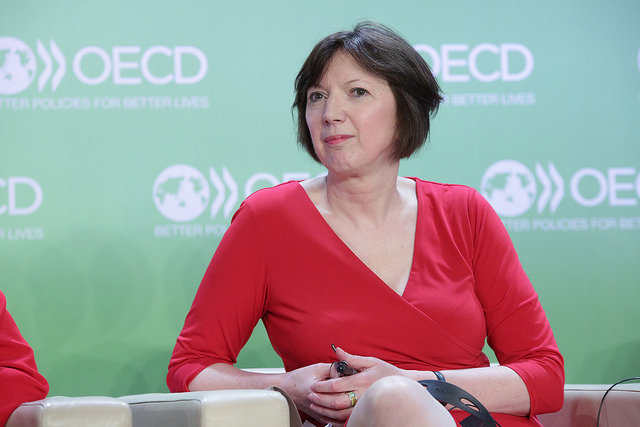 In case you’d missed it, one of the biggest topics of debate in UK corporate governance is the prospect of introducing worker representatives to boardrooms. Statements from the new prime minister, Theresa May, have made it a policy intention and directors could soon find themselves sharing the C-suite with their colleagues from the shop floor.

For French, German or Nordic readers the controversy over employees in the boardroom may seem perplexing. Boardrooms in those countries have functioned with employee board representatives for decades. In Britain though, with its unitary board structure and a history of conflict in industrial relations, workers have been kept far from the boardroom.

…employees will soon be seated around the board table, though the precise nature of government proposals are, as yet, unknown.

It now looks likely that employees will soon be seated around the board table, though the precise nature of government proposals are, as yet, unknown.

Some idea as to what to expect came recently from Tory member of parliament Chris Philp, who published a policy paper arguing for the introduction of shareholder bodies to supplant nominations committees. These shareholder gatherings, he wrote, should include employee representatives.

Meanwhile, opposition is gathering. The Times reports that a project is underway to persuade the prime minister of alternative ideas. It suggests the UK’s Institute of Directors is behind the effort and working on “compromise proposals”.

Elsewhere, according to the Financial Times, worker board members are “no panacea” for perceived governance troubles in the UK.

The prime minister’s idea, the newspaper notes, is borrowed from Germany where the co-determination law of 1976 introduced workers to company supervisory boards. But Germany has a dual board system often criticised for glacial decision-making. And the dual board approach does not exactly translate well to the UK system of governance based on unitary boards. That said, the FT falls short of actually identifying what the problem is that cannot be resolved by boards being supplemented with employee members.

The FT also points out that UK managers have a different history of industrial relations. “…unlike its German counterpart, the British trade union movement has traditionally operated on the principle of free collective bargaining rather than corporatist co-operation.” There are, therefore, cultural issues to resolve if the reform is to work.

Of course, that assumes worker representatives would come from organised unions. Frances O’Grady, the general secretary of the Trades Union Congress (TUC), has made statements saying employee board membership could be determined using elections, a process that wouldn’t necessarily produce board reps with union membership. It’s also hard to see why a Conservative government would boost union strength by giving them exclusive access to the country’s boardrooms.

O’Grady has also indicated a belief that boardroom reform is not just about giving workers a voice for their issues.

Employee representatives would “inject a much-needed dose of reality into boardrooms and help put the brakes on the multimillion-pound pay packages…”
–Frances O’Grady, general secretary, TUC

She says employee representatives would “inject a much-needed dose of reality into boardrooms and help put the brakes on the multimillion-pound pay packages that have damaged the reputation of corporate Britain.

“Other European countries already require workers on boards, so UK firms have nothing to fear. It improves performance and contributes to companies’ long-term success.”

The TUC undeniably hints at a popular theme of governance discussions in recent years: diversity improves board performance. Continuing the argument beyond gender and ethnicity to all levels in a company’s hierarchy seems logical.

And the TUC is not alone in its support for change. In 2013 the High Pay Centre published research based on interviews with German employee directors.

It concludes: “…many of our interviewees said that since the financial crisis, there had been much more of an acceptance of the system by executives and shareholders as they perceived more of its advantages and had stopped trying to undermine it.”

The TUC adds that a new system in the UK would take time to bed down. But: “… if the German experience is anything to go by, employers and workers alike would come to value a system that enables them to work together to build productive and successful companies.”

UK executives might bridle at some of the governance practices uncovered by the researchers.

However, UK executives might bridle at some of the governance practices uncovered by the researchers. In one example it cites how Deutsche Post tied executive bonuses directly to the responses received to an employee questionnaire.

The High Pay Centre also notes that the supervisory board system appears to work more smoothly where union membership is more homogeneous. However, selecting employee board members is not necessarily about union membership. Employee reps are elected directly by the workforce, or to a delegate assembly. Shareholders then vote on the remaining reps to attend supervisory boards.

Another aspect of the German model that UK managers might find uncomfortable is that supervisory boards can sack executives by a two-thirds majority. Changes in 2009 also allows them to set executive pay.

Can we expect to see measures like this? The Philp proposals come close by placing employees in a group with shareholders that replaces nominations committees. That could give employees direct or vicarious powers, depending on the reform route government finally takes. As yet, however, it is unclear whether government is working to the Philp model.

In October Frances O’Grady is expected to meet with the prime minister. Perhaps then some detail on the reforms will emerge. The big questions are: what form will those reforms take, and how effective will some business interests be in lobbying for their favoured version?