While investors are split on the issue of adopting targets, support is growing for taking proactive steps to promote greater board gender diversity. 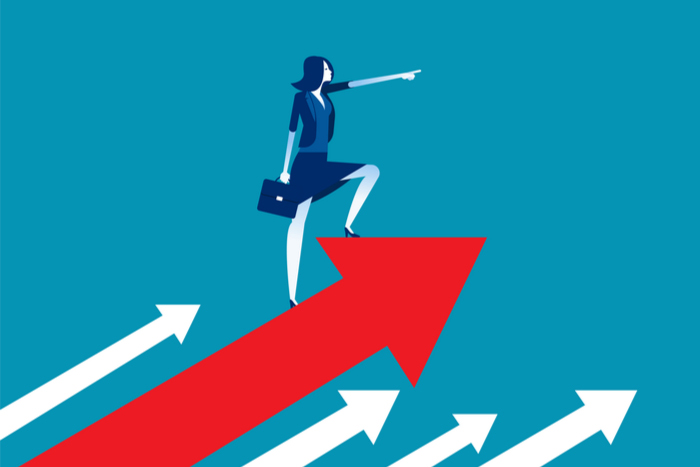 A majority of the world’s institutional investors believe gender diversity on corporate boards is important. But far fewer believe prescriptive targets are the right means for achieving that diversity.

That was a key finding of the RBC Global Asset Management Responsible Investment Survey in each of the past two years.

More than three-quarters of investors in the US, Canada, Europe and Asia said in 2018 that gender diversity on corporate boards was “important to their organisation”. The question changed in 2019, when we asked: “Should gender diversity targets be adopted?”

A slim majority (52%) of the approximately 800 institutional investors surveyed said no to that question. Responses varied by region: 55% of respondents in the US did not favour targets; it was a 50/50 split in Canada; and in Europe 44% of investors surveyed did not support gender diversity targets.

While investors are split on the issue of adopting targets, support is growing for taking proactive steps to promote greater board gender diversity.

Some European governments have been more aggressive than the US and Canada in mandating gender diversity on boards. Countries including Norway, France, Italy, Germany and Belgium have established legal quotas.

In Norway, for example, a law passed in 2007 mandates that at least 40% of directors on publicly listed corporate boards be female. France passed a bill in 2011 that also requires 40% female representation by the end of 2016.

Denmark and the UK are among European countries that have adopted voluntary diversity targets. In Denmark, companies are required to report on steps they are taking to achieve gender balance on their boards (at least 40%/60%). In the UK, a 2011 government commission put forth a non-binding call for companies to have at least 25% female representation on their boards by 2015.

In May 2018 Canada passed a new law that will require any company that is a “distributing corporation” under the Canada Business Corporations Act (CBCA) to provide shareholders with information on its policies for diversity on the board and in senior management, including women and minority groups. This applies to the more than 700 distributing or publicly held corporations of the 235,000 companies incorporated under the CBCA.

This comes after the Ontario Securities Commission introduced a comply-or-explain rule in 2015 that requires most companies listed on the Toronto Stock Exchange to disclose the number of women on their boards and in executive officer positions annually and to disclose whether the company has a policy for identifying and nominating women directors, and if not, to explain why.

In the US, a California law requiring that public companies have at least one female director has prompted Illinois, New York, New Jersey and Washington to consider similar board gender diversity rules.

Recent studies on board diversity in the three regions surveyed by RBC GAM—Europe, North America and Asia—appear to illustrate the relatively slow pace of market-based reforms in countries without statutory targets.

In Canada, women held about 15% of board seats as of 2018, up from 11% in 2015, according to a report from Canadian Securities Administrators, which also found that about 66% of companies had at least one woman on their board.

France has nearly achieved gender parity, with 44% of corporate board seats held by women—the highest ratio in Europe

In the US, 24% of board directors on S&P 500 companies were women, up from 18% in 2013, according to data from consultancy KPMG. Last year (2019) was the first in which every S&P 500 company had at least one woman on its board, while six now have majority-female boards.

France, on the other hand, has nearly achieved gender parity, with 44% of corporate board seats held by women—the highest ratio in Europe, according to an index released by the group European Women on Boards. Italy and Germany are above 33%.

European Women on Boards is among many groups that have played a part in pushing for greater diversity in boardrooms around the world. The 30% Club, which argues that more diverse boards lead to better corporate performance, has chapters across the globe—including in Canada, the US and the UK.

RBC GAM is a member of the 30% Club Investor Group in Canada, reflecting our view that gender diversity in corporate boardrooms brings benefits to the financial bottom line, while also positively impacting such issues as governance and sustainability.

For example, a research paper by MSCI found that companies with fewer women on their boards had a higher-than-average number of governance-related controversies. At the same time, more gender-diverse boards had fewer instances of fraud.

A more diverse board has also been linked to better performance on other environmental, social and governance (ESG) factors. For example, a more diverse board tends to increase the likelihood of voluntary climate change disclosure, according to research published in the Journal of Business Ethics in 2017.

With some companies taking action on their own and many others responding to outside forces, gender diversity on boards is gaining momentum. But given the overwhelming evidence that board diversity is good for business, it’s not coming fast enough.