Report suggests many firms fail to draw a connection between tackling the climate crisis and gender diversity at the top table. 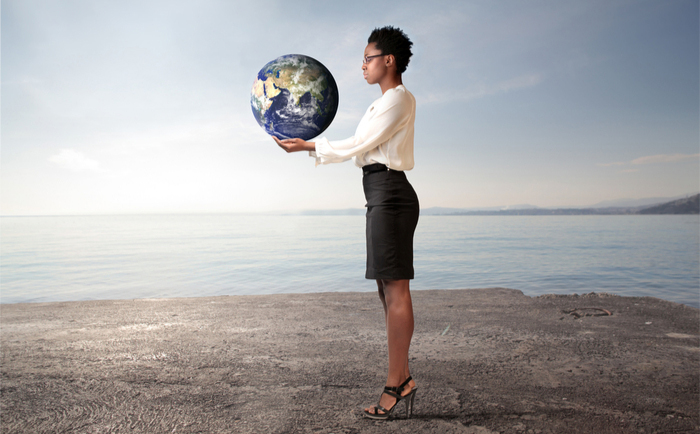 The lack of women in leadership positions—including chief executives, finance directors and board chairs—is holding companies back from making better progress on climate action, according to a new report.

Coming just days before world leaders meet in Glasgow for the UN’s COP26 climate conference, the report suggests many companies fail to draw a connection between tackling the climate crisis and having an appropriate gender balance throughout their organisations but especially at the top table.

The report, from the 30% Club, a campaign body for improved gender representation in boardrooms, and the Oliver Wyman Forum, says that more than a fifth of companies have “pledged” to reach net zero emissions by 2050 but few “actively include or consider women in their climate action decisions and plans”.

Figures in the report say 75% of women consider environmental impact against 64% of men, while women are twice as likely as men to consider ESG in investment.

According to Ann Cairns, co-chair of the 30% Club, women are an “essential force” for finding climate solutions. “Business can benefit from highlighting the relevance of gender equality to climate outcomes and from amplifying women’s roles as leaders, low-carbon product influencers and climate-focused investors.”

According to Rupal Kantaria, an Oliver Wyman partner, recognising the potential influence of women in the battle against global warming would benefit business. “There is a growing awareness among business leaders that women have a greater potential to act as change makers but not enough has been done yet to link both diversity and climate goals together.”

The joint report calls on corporates to set more specific targets for gender representation for board committee leadership, spokespeople and for experts.

It also advises boards to implement governance measures to ensure senior executives understand the link between women and climate policy decisions, as well as integrate climate and gender policies in areas such as product development, hiring and spending.

The report says: “Many companies appear to be realising the contributions women can make to climate actions: Female representation in chief sustainability officer roles in the United States rose to 54% in 2021, from 28% in 2011.

“However, the underrepresentation of women in other leadership position—including most influential decision-making roles, such as CEO, CFO and board chair—is, we believe, constraining companies’ climate action.”

Earlier this year research revealed that under pressure from investors, female boardroom representation in the US has improved, up from 13.2% in 2016 to 18.7% in 2019.

In its final report the Hampton-Alexander review celebrated success in moving women into UK boardrooms but also struck a note of disappointment. Targets had been reached for boardroom representation but the number of women in executive jobs still lagged.

Sir Philip Hampton, one of the joint founders of the review, said more women in executive roles was now required if their presence at the highest levels is to be maintained. “The progress has been strongest with non-executive positions on boards, but the coming years should see many more women taking top executive roles. That’s what is needed to sustain the change made,” he said.

Meanwhile, French academics at Université Paris-Dauphiné produced research showing that companies with women on their boards tend to perform better against ESG measures. Representation in France rose after the introduction of a quota law. “We find that after the introduction of the quota law, the E&S performance of French firms is enhanced,” the researchers concluded.

COP26 will doubtless offer fresh impetus to the effort against the climate crisis. For much of the world company disclosures are the main route to improved climate action. The 30% Club and Oliver Wyman report suggests it may well be a personnel issue too.