Companies that score poorly on both gender and ethnic diversity are 27% more likely to underperform on profitability, according to the latest McKinsey report on diversity. 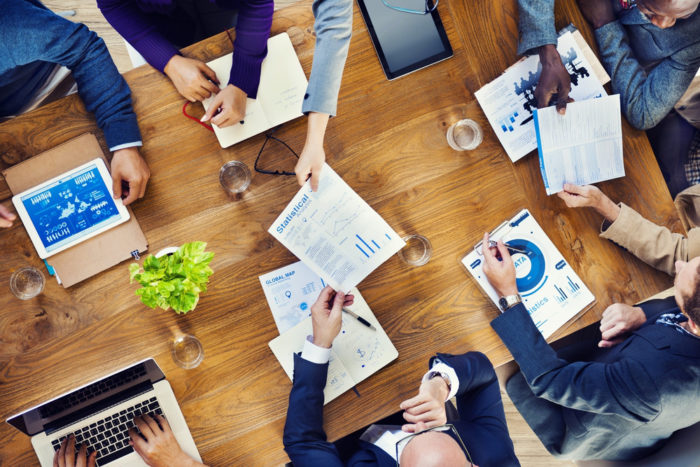 Those stark figures are included in the managing consultancy’s Diversity Wins report, last produced three years ago, charting both the benefits of diversity as well as its progress.

McKinsey’s findings may seem self-evident in 2020. The penalties for failing on diversity are harsh. And yet despite the obvious advantages, progress in achieving diversity is surprisingly poor.

Interrogating a dataset of UK and US firms, McKinsey found that female representation has risen from 15% in 2014 to 20% in 2019. But when the consultancy looked at a global dataset, the rise was just a single percentage point from 14% to 15%. More than a third of the companies in this group have all-male executive teams.

And this despite good news: companies that score the highest on gender diversity are 25% more likely to post above-average profitability over their peers who have the fewest women, up from 21% in 2017 and 14% in 2014.

Further research shows that companies with more than 30% of executives roles taken by women are more likely to outperform those with between 10 and 30%. McKinsey found a 48% profitability differential between the most and least gender diverse companies.

McKinsey concludes that the figures show that the case for diversity “remains strong”.

However, the consultancy also says that changes are required. This will require “courage and boldness”, they say, and a readiness to tackle “sensitive topics” in relation to cultural norms.

“It’s worth the push,” said McKinsey. “As this report makes clear, greater diversity, in terms of both gender and ethnicity, is correlated with significantly greater likelihood of outperformance.

“More than that, fostering a diverse and inclusive culture is a critical success factor: It enables individuals to shine in their own right and to pull together as a team.”

The report has been welcomed but has also prompted concerns about UK government policy. Fiona Hathorn, chief executive of Women on Boards, said the McKinsey research demonstrates that companies should pay more attention to inclusion. But she remains worried that gender pay gap reporting—viewed as a key tool in driving improved gender diversity—remains suspended because of the Covid-19 crisis. For the year 2019–20 a little over half of gender pay gap reports, 5,513, have been filed with government.

“Just putting together diverse teams does not necessarily make a difference. Something that is not surprising but that clearly is being ignored by most of corporate UK, evidenced by the fact that so many companies have yet to report their pay gap data for April 2019,” said Hathorn.

In February the Hampton-Alexander review found women accounted for 33% of all FTSE 100 board positions, meeting a key government target. But there was an immediate warning about the low number of women in senior leadership and key executive roles. The government said just 15% of FTSE 100 finance directors were women.

There was also a warning for the FTSE 350. Denise Wilson, chief executive of the Hampton-Alexander Review, said they would need to work particularly hard this year.

“Half of all available appointments to FTSE 350 leadership roles need to go to women in 2020, not only to meet the 33% voluntary target, but to ensure UK business fully benefits from diverse perspectives and is availing itself of the whole talent pool,” she said.

Meanwhile, the Parker Review found Britain’s largest companies are struggling to significantly boost the appointment of board members from ethnic minorities. This year’s report, compiled by Sir John Parker, showed that 37% of FTSE 100 companies surveyed (31 from 83) had no ethnic minority representation on their boards.

Though that was down from 51% in 2017, Sir John Parker, author of the review, said action was needed to bring about long-term change. In 2017 Sir John challenged boards to have at least one member from an ethnic minority by 2021.

“Ethnic diversity needs to be given the same level of boardroom focus that finally led to increasing female representation on boards, which has seen real progress in recent years,” Sir John said. “To remain competitive in the global market, UK businesses must focus further on the recommendations in the report, increasing alignment of the board with its customer base at home and overseas.”