The current crisis is putting the concept of stakeholder accountability under strain. But experts warn that businesses will be judged on how they respond. 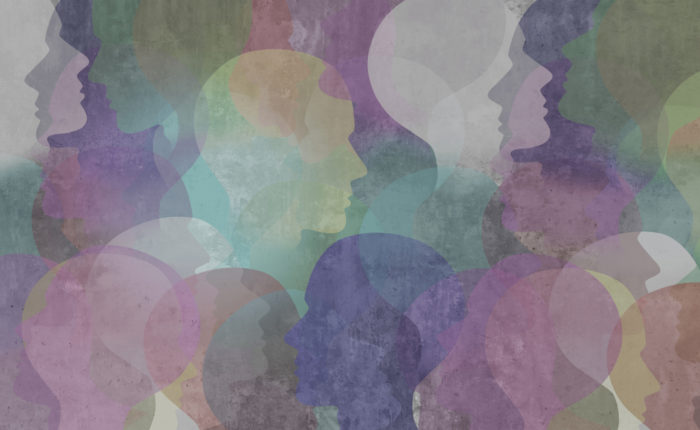 It’s becoming clear that businesses responding to the Covid-19 crisis are putting their reputations on the line. As the pandemic increases in intensity and governments shut down whole countries to control transmission, economies and businesses are being placed under unprecedented pressure.

Some companies have attracted praise and public honours for their decision making; others have found themselves under a barrage of scorn as they take action to part with employees.

The difference prompts the question: what has happened to the “responsible business debate”, the push for companies to factor in the “societal good” and shift from shareholder to stakeholder accountability? What happens to the call to be “purposeful” businesses in the midst of a pandemic?

The issue of stakeholder accountability was underlined this weekend when UK newspaper The Guardian reported that the Church Commissioners, the body that manages the Church of England’s £8.3bn investment fund, believe the coronavirus outbreak will only “increase the momentum behind responsible capitalism”.

Many leaders who bought into business-with-a-purpose values will be weighing those against the survival of their companies. A shift to “responsible” business has been a long time brewing. It was triggered by the financial crisis and a public loss of trust in big business. More latterly, the climate crisis has given the idea more momentum.

Last year, the message seemed to arrive emphatically. The Business Roundtable, an association for the heads of global corporates such as Amazon, JP Morgan Chase and Accenture, issued a statement rejecting the need to “maximise shareholder value” in favour of “stakeholders” and a commitment “to deliver value to all of them, for the future success of our companies, our communities and our country”. The statement made headlines around the world.

The idea of corporate responsibility in the UK found its best expression through the International Integrated Reporting Council, a body that aims to persuade corporates to fully value their natural and human assets. More recently,  a paper from the British Academy penned by Professor Colin Mayer of Oxford University, an expert in corporate governance, delivered a set of eight principles aimed at helping corporates become  “purposeful companies”. The Institute of Directors has drafted its own governance manifesto too.

However, the Covid-19 crisis seems to have placed the idea of “purpose” and stakeholder accountability under strain. Already there are examples of companies and CEO making what seem like blatantly self-serving decisions, while others have found the space to place their employees or societal benefits first. Some believe companies will have to think hard about their actions.

“There’s no doubt that businesses will be judged on how they respond to this pandemic,” says Carum Basra, corporate governance policy adviser at the Institute of Directors. “This crisis has demonstrated that no business is an island unto itself.”

One thing is for sure, companies selecting the wrong policy do so at their peril: social media can ensure a reputation is in tatters within days, if not hours. Covid-19 is fast constructing a new landscape for the discussion of corporate purpose and stakeholder accountability through platforms like Twitter, Facebook and others.

Philippa Foster Back, director of the Institute for Business Ethics, believes it is too early to know how the virus will affect the debate about purpose.

However, she says the new Bank of England governor, Andrew Bailey, struck the right tone in a recent speech when he asked business to consult with their bankers and others before taking drastic decisions. He also discouraged those seeking to make gains from the crisis. Recent government announcements on support may help.

Making ethical choices may not produce outcomes that look fair, Foster Back notes. “The underlying ethics issues for business is their duty of care to employees and all their stakeholders and that of fairness in how they proceed in implementing processes—even if there is no agreement on the outcome feeling fair.

“Tough choices are having to be made, but to be hopeful there are many commentators talking of a future bounce back. We’d just to know when that will be.”

In some countries state aid for big corporates has been directly linked to changes in corporate governance policy. In the US Robert Reich, former labor secretary and now a professor at Berkeley, has called for no bailouts for airlines, instead insisting government cash be used to “bail out people”. Elsewhere, aid has been linked to an end to share buybacks. Indeed, a group of US banks has already announced buybacks are at an end while they use reserves to help employees and customers.

In the UK there is a focus on dividends, with some companies, including Marks & Spencer, announcing they would hold on to cash as they manage fallout from the pandemic.

“Over the coming months, businesses will be looking to society at large and the state for support,” says Basra. “It is therefore only right that firms should look to work in the interest of all their stakeholders and seek, where possible, to maintain strong and mutually supportive relationships with employees, suppliers, customers and local communities.

“These relationships ultimately underpin both the short and long term prospects of any enterprise and must be prioritised.”

In the UK too, state aid has been linked to governance reform to reflect stakeholder accountability. The High Pay Centre, a think tank and campaign body, believes bail outs should be tied to issues such a public stake in businesses, workers on boards, maximum pay ratios between staff and CEOs, real living wages and setting targets that comply with the UN’s Sustainable Developments Goals.

According to executive director Luke Hildyard, the early signs are that though some redundancies are taking place as business feels the impact of the virus, mass redundancies do not seem top of the agenda to save companies, perhaps reflecting a “sense that business is about more than just profit”.

The crisis is, he says, highlighting the way big business, along with superstar CEOs, depend on the “collective support of society” delivered through the state. That creates an incentive to make decisions that are much more “aligned” with the state.

“Perhaps,” he says, “the debate about purpose and stakeholder-orientated businesses that’s been underway for the past few years has unknowingly paved the way for a slightly more progressive response to this crisis that might have the case.”

The crisis has a long way to go. The UK’s Conservative government has already shown it is willing to be massively interventionist in the economy in a way it could not have imagined before the crisis. Companies will not only have to keep a close eye on their business strategies, but on their role in society too.