Business Roundtable, a body whose members include the chief executives of Accenture and Amazon, has issued a new set of principles on corporate purpose and sustainable business strategy. 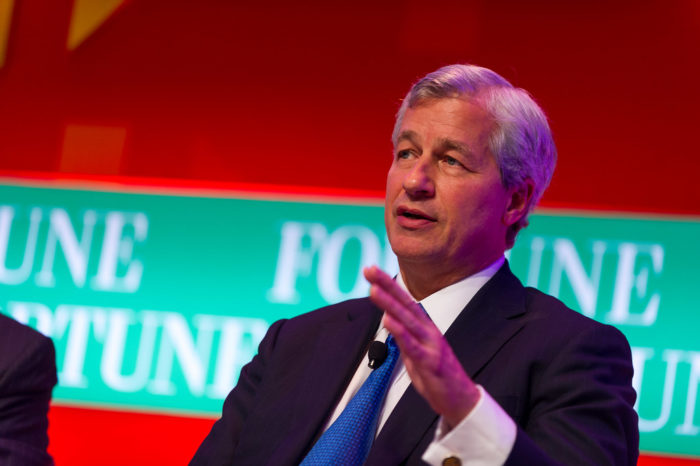 It’s been a long running debate in recent years but now a group of heavyweight business leaders in the US have chosen a side. Business Roundtable, a body whose members include Julie Sweet, chief executive of Accenture, and Jeff Bezos of Amazon, has redefined the purpose of the corporation.

Rejecting the orthodox view that companies exist to “maximise shareholder value”, Business Roundtable issued a statement saying: “Each of our stakeholders is essential. We commit to deliver value to all of them, for the future success of our companies, our communities and our country.”

The statement has been widely reported and viewed by many as an important step in re-establishing trust in business. Jamie Dimon, chair and CEO of JPMorgan Chase, as well as chair of Business Roundtable, associated the topic of purpose with the US’s central cultural value, the “American dream”, which he described as “alive and well, but fraying”. The answer, he suggests, is a recalibration, while mobilising another significant term in current business discourse: the “long term”.

“Major employers are investing in their workers and communities because they know it is the only way to be successful over the long term,” says Dimon. And referring to Business Roundtable’s new set of guiding principles, Dimon said they “reflect the business community’s unwavering commitment to continue to push for an economy that serves all Americans”.

‘A more sensible and sustainable model’

In many respects, the question of “purpose” for companies has been an issue since the financial crisis in 2008. Indeed, as business leaders grappled with the loss of public trust in business and companies (they have been accused of being “sociopathic” entities) the subject of corporate purpose has been the subject of widespread debate. Organisations have been launched to help campaign for a change in understanding what corporate purpose should be.

Frank Bold, a campaigning law firm, set up a project dubbed The Purpose of the Corporation specifically to respond to the view that the crisis stemmed from a short-termist approach to profits driven by a “shareholder value” model of corporate purpose and governance.

According to Filip Gregor, head of the responsible companies section at Frank Bold, Business Roundtable’s statement is a “major positive development”. He views the organisation as having reversed its previous stance, a move Gregor says “marks the beginning of the transition towards a more sensible and sustainable corporate governance model”.

Leaders of global companies are listening, says Gregor, while the statement also reflects developments elsewhere, among them South Africa’s King IV Corporate Governance Code, which rejects shareholder primacy for a “multi-capital model” recognising the importance of all stakeholders.

Climate change and a concern for the long-term have also driven the development of the European Commission’s Sustainable Finance Action Plan.

Elizabeth Warren, a Democrat candidate for the 2020 US presidential elections, has attempted to change the US debate about governance with her Accountable Capitalism Act, proposed legislation that would place employees on the boards of the biggest US corporations, as well as giving companies the duty of “creating a general public benefit”.

Gregor says: “The statement of Business Roundtable sends a clear message: leaders of the global companies think that putting shareholder interests first and bending to the short-term pressures of capital markets is not a viable business strategy.”

He adds the most significant element of the statement is the message it sends to policy makers. “As recognised in the EC Sustainable Finance Action Plan, capital markets are plagued by extremely short-term horizons,” says Gregor. “This undue short-termism then forces companies to become overly focused on short-term financial performance at the expense of everything else.”

The end of shareholder primacy?

There are those who see the US playing catch-up on shareholder primacy and the issue of sustainable business strategy. Philippa Foster Back, director of the Institute of Business Ethics, says the Roundtable’s comments are “welcome”, but companies in Europe and the UK are “further along” in their thinking about who their constituents are. The UK Corporate Governance Code, for example, stresses the need for “long-term” thinking and asks that companies set out their “purpose”.

Section 172 of the UK’s 2006 Companies Act also asked corporate directors to consider the interests of all stakeholders. However, Foster Back is cautious about a complete rejection of shareholders as an important part of governance.

“Shareholders do own companies and institutional investors are far more active in their ownership than they used to be,” she says, “so I am not sure this is the end of shareholder primacy or that it is right it should be. Were it to be, then company law would need to be re-written.”

That said, shareholder primacy has been under attack. Books from academics and articles from prominent commentators have pointed to a belief that the corporation is unwell and in need of treatment.

Colin Mayer, a professor at Saïd Business School, last year published Prosperity, in which he argues that a business that pursues only profits is likely to produce bad business. In an article on Mayer’s book, Financial Times columnist Martin Wolf wrote “there is no reason” to believe that the Anglo-American model of governance with shareholders on a pedestal is always the best.

“We should be explicitly encouraging a thousand different flowers of governance and control to bloom. Let us see what works,” he wrote.

Business Roundtable seems to be sowing its own seeds in the garden of governance.

Statement of principles from Business Roundtable

“While each of our individual companies serves its own corporate purpose, we share a fundamental commitment to all of our stakeholders. We commit to:

• Delivering value to our customers. We will further the tradition of American companies leading the way in meeting or exceeding customer expectations.

• Investing in our employees. This starts with compensating them fairly and providing important benefits. It also includes supporting them through training and education that help develop new skills for a rapidly changing world. We foster diversity and inclusion, dignity and respect.

• Dealing fairly and ethically with our suppliers. We are dedicated to serving as good partners to the other companies, large and small, that help us meet our missions.

• Supporting the communities in which we work. We respect the people in our communities and protect the environment by embracing sustainable practices across our businesses.

• Generating long-term value for shareholders, who provide the capital that allows companies to invest, grow and innovate. We are committed to transparency and effective engagement with shareholders.

Each of our stakeholders is essential. We commit to deliver value to all of them, for the future success of our companies, our communities and our country.”