The framework aims to guide companies and lawmakers towards policies and practices that help “profitably solve the problems of people and planet”. 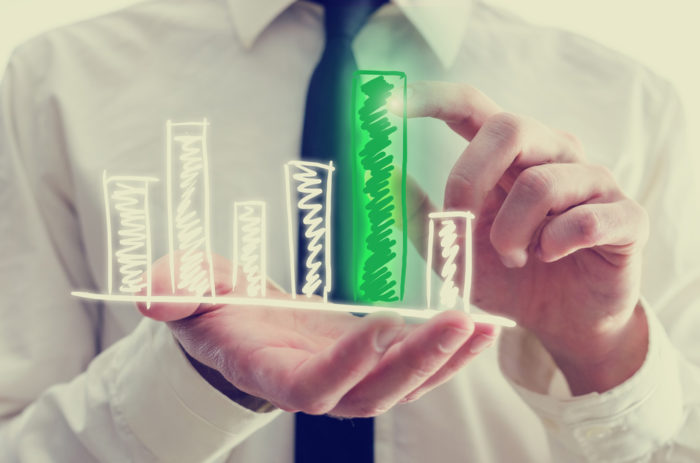 Anglian Water this year changed its articles of association, or constitution, to recognise that its business purpose went beyond profits and benefits for shareholders to include long-term value for customers, communities and “positive outcomes” for the environment and society.

The move was the latest in a long line that places company purpose ahead of short-term gains. This week Oxford University professor Colin Mayer took the argument a step further, laying out a set of eight principles to aid companies in their journey to become “purposeful companies”.

Written on behalf of the British Academy, the UK’s national body for the humanities and social sciences, Principles for Purposeful Business sets out a conceptual framework to guide businesses and lawmakers toward policies and practices that should help corporates “profitably solve the problems of people and planet,” and prevent companies from doing harm.

This has been the topic of much discussion in recent weeks and months, though the issue has been a feature of governance debate since the financial crisis of 2008 reduced trust in business to historically low levels and challenged the legitimacy of capitalism. Mayer himself wrote in his 2012 book, Firm Commitment, that the corporation was “becoming a creature that threatens to consume us in its own avaricious ambitions”.

Among the principles (see full list below) company law should enshrine purpose “at the heart of the corporation”; company directors should practice “high duties of engagement, loyalty and care” toward public interests; shareholders should support corporate purpose in addition to their rights to a financial benefit; board structures should align managerial interests with purpose; performance should be measured based on “fulfilment of corporate purpose”; measures should examine the “impacts and investment” in workers, societies and natural assets.

According to Mayer some companies already recognise the fact that many corporates have failed to deliver benefits beyond their shareholders to the wider community and other stakeholders. Others have not.

“The eight principles intend to enable corporations to act deliberately, boldly and profitably, to meet global goals and tackle problems of society, people and planet.

“A rethink of capitalism is possible, and here’s how it’s done.”

Mayer is clearly on a mission. Indeed, at Oxford he leads the “future of the corporation programme”. But he is not alone in recognising the need for change. In August, leaders of some of the largest companies in the US—members of the Business Roundtable—pledged to “redefine corporate purpose”. This might have passed most people by but for the fact that Roundtable members include JP Morgan CEO Jamie Dimon and Amazon founder Jeff Bezos, causing the story to hit headlines around the world.

Dimon, chair of the Roundtable, even associated the topic of business purpose with the US’s central cultural value, the “American dream”, which he described as “alive and well, but fraying”.

Purpose has not been ignored in the UK either. Indeed, the topic is deeply embedded in the upcoming general election—at least in the manifestos of the Labour and Liberal Democrats.

Labour has proposed a rewrite of the 2006 Companies Act giving directors a duty to “promote the long-term interests of employees, customers, the environment and the wider public”. The corporate governance code will be amended to include disclosing evidence of tackling climate change and companies will be offered the opportunity to switch to a “dual board”.

The Liberal Democrats were more explicit about their interests in business purpose. The party said it would introduce reforms to ensure large companies publish a “formal statement of corporate purpose”. This would include “considerations such as employee welfare, environmental standards, community benefit and ethical practice, alongside benefit to shareholders”. The Lib Dems also want companies to report on their “wider impact” on “society and the environment”.

The Conservatives provide scant detail on their aims for governance other than to strengthen it through reforms to the insolvency regime and the regulation of the audit market.

Companies in the UK are already under some pressure to confront the issue of purpose. The refreshed corporate governance code published last year includes Principle B: “The board should establish the company’s purpose, values and strategy, and satisfy itself that these and its culture are aligned. All directors must act with integrity, lead by example and promote the desired culture.”

However, there is no reference to “do no harm” as a duty and the code remains soft law compared to duties written into primary legislation. The Companies Act 2006, which currently details directors’ fiduciary duties, only mentions purpose obliquely.

Mayer’s report received a warm welcome in some circles. According to Luke Hildyard, director at the High Pay Centre, Mayer “accurately” describes the UK’s “extreme form of capitalism”. What worries him is whether UK companies can adjust.

“While just 2% of people feel that the UK economy is on the right track,” he says, “changing the culture of the business and finance establishment will be hugely challenging.”

He highlighted research with the TUC that shows returns to shareholders have grown six times faster than wages for the median worker over the past years. This he sees as evidence that corporates are still acting to satisfy shor-term demands.

“Businesses remain under immense pressure to deliver bigger profits and higher dividends with decisions governed by reporting cycles and share price movements while the consequences for the workforce, the environment and wider society is an afterthought by comparison.”

Elsewhere, Anglian Water’s approach chimes with proposals from the Institute of Directors (IoD), which last week issued its own governance manifesto. One of the IoD’s recommendations was for companies to write “business purpose clauses” into their constitutions, a proposal that echoes Lib Dem thinking.

According to Carum Singh Basra, corporate governance policy adviser at the IoD, directors should be leading “purposeful businesses” that are profitable and competitive.

“In line with this desire and consistent with the British Academy’s findings, we have called on government to encourage companies to adopt clearly defined business purpose clauses, either in their constitutional framework, or elsewhere in their annual report,” he said.

Prof Mayer and the British Academy have given fresh legs to the campaign for business to be purpose-driven with a significantly different approach to capitalism. It’s unclear how a new Conservative government might react. But boards will need to give it serious thought if Labour and the Lib Dems hold power after the election.

1. Corporate law should place purpose at the heart of the corporation and require directors to state their purposes and demonstrate commitment to them.
2. Regulation should expect particularly high duties of engagement, loyalty and care on the part of directors of companies to public interests where they perform important public functions.
3. Ownership should recognise obligations of shareholders and engage them in supporting corporate purposes as well as in their rights to derive financial benefit.
4. Corporate governance should align managerial interests with companies’ purposes and establish accountability to a range of stakeholders through appropriate board structures. They should determine a set of values necessary to deliver purpose, embedded in their company culture.
5. Measurement should recognise impacts and investment by companies in their workers, societies and natural assets both within and outside the firm.
6. Performance should be measured against fulfilment of corporate purposes and profits measured net of the costs of achieving them.
7. Corporate financing should be of a form and duration that allows companies to fund more engaged and long-term investment in their purposes.
8. Corporate investment should be made in partnership with private, public and not-for-profit organisations that contribute towards the fulfilment of corporate purposes.

From The British Academy’s Principles for Purposeful Business.