Digitalisation, diversity, risk and resilience are just some of the governance issues set to dominate the corporate landscape in 2021. 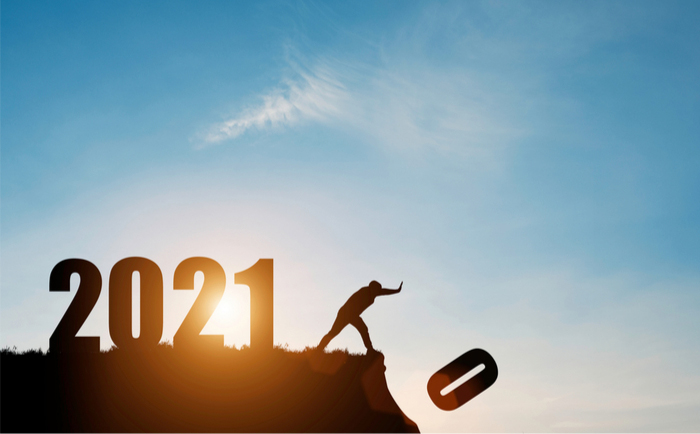 Following the travails of 2020—the pandemic, the economic crisis and Brexit—many will be glad to put the past 12 months behind us. But what does 2021 hold for corporate governance?

Those looking ahead see a year still affected by the implications of Covid-19, boards reviewing their companies’ risk profile and resilience while the world waits to see what kind of agendas emerge from the US and European Union.

According to Roger Barker, director of policy and governance at the Institute of Directors, Covid “will cast a long shadow” over business thinking, especially governance. For the time being it remains difficult to predict the precise outcomes triggered by the virus, but it will be a key factor as boards face many questions about governance in 2021 after lockdowns throughout 2020 drove board meetings and AGMs online and into video conference apps.

“To what extent are we are going to go back to the status quo, both in terms of rules and regulations and also just in terms of the way boards operate, or the shareholder body, or shareholder meetings?” asks Barker.

As lockdown maintains a grip on the UK, the use of technology is the only means of bringing boards and shareholders together. There remains a question of whether it will continue to remain at the heart of board and shareholder contact after the vaccine has been delivered and face-to-face meetings become safe again.

But there are strategic issues to worry about too. After the damage wrought by shutting down whole economies, companies may now be thinking hard about organisational resilience.

“The topic of resilience is a big one,” says Barker, who adds that thinking through the “implications” will raise questions about the practice of risk management. Certainly when Board Agenda polled readers early last year two-thirds said the pandemic had forced them to rethink their strategies, while 43% admitted the virus was a fundamental threat to their organisations.

For Mikko Arevuo, an expert in business strategy at Cranfield School of Management, one major manifestation of risk management will be the approach to employees. “By and large companies have done well,” he says, “but how organisations manage their employees will become a critical issues. That will seep into risk analysis.”

Diversity in the spotlight

When Ian Peters, director of the Institute for Business Ethics, looks ahead at governance in 2021 he sees three main trends. They are issues that have been brewing for some time but have been given jet fuel by the past 12 months: purpose, stakeholders and diversity.

All three, he suggests, are what organisations “either will be, or should be, focusing on in 2021”.

Diversity in the workplace and in leadership will be one of the most urgent following the death of George Floyd and the Black Lives Matter protests that followed, both in the US and UK.

“The question is, what range of experience do we have on the board and in the business?”

But Peters says: “The question is, what range of experience do we have on the board and in the business?” This, he argues is important if boards are to reflect their marketplaces and their customers and the “wider stakeholder community”.

For Roger Barker, 2021 could be the year when ethnic diversity on boards could make the kind of progress gender diversity has seen in the past decade.

But all commentators agree the issue of diversity has to go beyond race and gender. “Diversity and inclusion has to expand from what it is at the moment,” Arevuo says. “It underlines all the other issues.”

He suggests companies will need to get beyond “generic” solutions such as unconscious bias courses if they are to properly confront the issue of diversity. “My gut feel is that those types of interventions have not worked and in some cases have been counterproductive.”

Regulatory pressure will be a factor. Peters observes that the Financial Reporting Council, the UK’s governance watchdog, has stitched diversity, a concern for stakeholders and defining corporate purpose into the country’s corporate governance code so companies can expect to feel some heat across all three issues.

“I think pressure is building,” says Peters,  “and they [the FRC] are increasingly going to be calling out examples of good practice but [also], as we move forward, examples of bad practice. I don’t think any organisation wants to find itself in that position.”

All of these issues may feed into another concern raised by Arevuo: brand. Given the toll of the pandemic and the issues raised by Black Lives Matter, organisations will, perhaps more than ever before, consider the values that underlie and embody their brand. Corporate leaders will be asking “How is the brand received?” he says.

Perhaps the biggest consequence of the pandemic was the importance it gave to digital business. Companies able to deliver products and services online either managed or even prospered. Others have suffered badly. The shift will continue to place a premium on digital skills in the boardroom.

“Companies are recognising that they require somebody with digital expertise”

“Companies are recognising that they require somebody with digital expertise,” says Sudha Mathew, assistant head of finance and accounting at the University of Westminster, whose most recent research found that company performance could improve by as much as 5% due to having a digital expert on the board.

Digitalisation, she says, affects the “whole gamut” of governance concerns, including customers and investors, and 2021 could be an even bigger year for digitalisation in the boardroom.

“Because there is such rapid change,” says Mathew, “you can’t have the board of directors alienated… they need to be much more involved, not in terms of actually delivering anything, but in terms of strategising for the whole company.”

If there is one country likely to see an expansion of corporate governance activity in 2021 it is the US, with the upcoming inauguration of Joe Biden and Kamala Harris. The Trump years saw less attention to governance and many would argue the country is some way behind European counterparts on topics such as ESG. According to Nell Minow of ValueEdge Advisors in New York, that is all about to change.

First on the agenda may be a set of new rules passed late last year by the Securities and Exchange Commission and the Department of Labor viewed by many as undermining the scope of shareholders to supervise boards.

“There’s a tsunami coming beyond anything that government can do”

The SEC rules forced proxy advisers to hand over their voting advice to boards at the same time as shareholders, while the Labor department rules insist pension funds put the “economic interests” of members ahead of issues like ESG.

One SEC commissioner, Allison Herren Lee, described the new rules as “unwarranted, unwanted and unworkable”. Minow says the Labor department’s move is “just horrific” and says countering the new rules is considered “urgent” by the investor community. “You’ll see a lot of pushback there,” she adds.

But that, perhaps, reflects some frustration on the part of many at the lack of progress on ESG issues. Investors, says Minow, are ready to push forward the ESG agenda regardless of what government does or does not do. “There’s a tsunami coming beyond anything that government can do,” she says.

She also points to the likely impact of Elizabeth Warren, a former Democrat presidential hopeful, and her desire to see governance reform. Warren’s party is now in office, it has control of the legislative agenda and Warren has a host of issues she wants to pursue.

In October last year she and fellow senators Mark Warner, Tom Carper and Tommy Baldwin launched a corporate governance working group to “fundamentally reform the 21st century American economy”. On their agenda is greater accountability for executives, more power for workers and stakeholders, and cracking down on companies polluting the environment. They also seek more disclosure of corporate investment in workers and human capital policies.

“Elizabeth Warren is extremely knowledgeable about these issues,” says Minow.

In Europe and the UK there is extra reporting on the horizon. Boards will already be coming to terms with section 172 reporting for the year starting on or after 1 January 2019, but the government made plain last year that climate reporting according to the framework written by the G20’s Task Force on Climate-related Financial Disclosures (TCFD) will become mandatory by 2025.

Preparation for that will start now, if it hasn’t already. There are concerns that many companies are yet to come to terms with climate reporting.

The European Union too is joining the rush to resolve reporting requirement with plans to conclude a review of the Non-Financial Reporting Directive aimed at improving corporate disclosure of sustainability issues. In December Mairead McGuinness , EU commissioner for financial stability, spoke at the launch of a report detailing current failing in non-financial reporting.

She said that “overall sustainability reporting falls far short of what we need to meet the ambition of the European Green Deal and our sustainable finance agenda”.

McGuinness added: “The report published by the Climate Disclosure Standards Board provides detailed evidence of the shortcomings of current reporting practices.”

In the UK audit committees are braced for what comes in the government consultation paper on reforming audit and the audit market. The paper was expected before Christmas but was delayed as Brexit absorbed Whitehall resources. It could contain measures that will not only change the nature of audit and the purpose of auditors, but also includes new standards for audit committees.

This will be an extraordinary year. Boards can expect no let-up in the pressure to advance disclosures. Investors demand it, it’s going to happen. But there are issues to grapple with. The fallout from Covid-19 will continue: it won’t just be operational. Boards must question their commitment to ESG issues such as diversity, as well the underlying values of their brand. The demands of coping with climate change will continue to crystalise. 2020 was tumultuous. 2021 has begun dramatically (at least in the US) and will likely prove equally significant for the development of corporate governance.