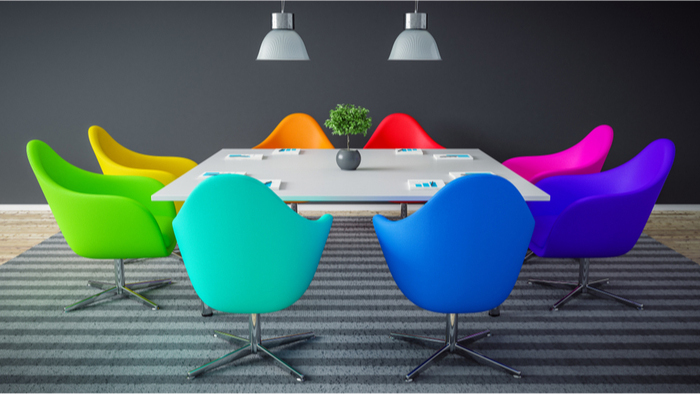 This week the spotlight turned on LGBTQ+ people in business and whether they are treated fairly by companies. A report from the UK’s governance regulator concludes that many firms “need to go much further to foster inclusivity”.

The report, compiled by research agency The Good Side for the Financial Reporting Council (FRC), examines the progress made by LGBTQ+ people into senior leadership roles in business. It concludes there is much work to do.

According to the FRC’s CEO Sir Jon Thompson: “Despite progress, many companies need to rise to the challenge by actively championing LGBTQ+ inclusion and progression.”

LGBTQ+ could be viewed as the Cinderella among groups in need of inclusion attention. Since 2016, the Hampton-Alexander review, and to some extent the #MeToo movement, has shone a light on the lack of women on boards, while the Parker Review, plus recent activity by Black Lives Matter campaigners, has produced an intense focus on ethnicity.

Although the progress of LGBTQ+ people into the upper echelons of business has lacked attention so far, the FRC report reveals it is now on the agenda of governance experts and regulators to address inequalities.

The report’s conclusions are predictable but necessary reading. Companies need to do more; inclusive practices and ways of working need to be embedded; without transparency and evidence of progress “corporate commitment to equality risks remaining aspirational rather than being truly attainable”.

There are some uncomfortable reasons offered for the lack of progress of LGBTQ+ people onto boards: companies may espouse diversity while failing to set “clear targets or objectives”; recruitment relies on “personal recommendations” without using “transparent competition or due process”; informal meetings outside selection procedures are often used to vet candidates; while recruiters may use subjective selection criteria such as “chemistry” or “fit” to explain their appointments, criteria described as “open to discrimination”.

There are other ways of putting this. According to Suki Sandhu, chief executive of Involve, a network of consultants advising on inclusion: “The straight white man is still the dominant group at board level.” He adds: “We can’t be complacent.”

According to Saul Parker, founder of The Good Side, the report is aimed at helping companies “evolve their cultures”.

Much of the FRC’s report is aimed at addressing awareness and culture. It advises managers to gain an understanding of the way staff at all levels and across all identity groups experience the workplace. Companies should put anti-discrimination policies in place and offer specific support for transgender workers. They should also gather data and report on the findings publicly. Companies should also make an effort to ensure LGBTQ+ employees access training that leads to progress.

There are many more recommendations which should give company leaders much to work on. “It comes down to ensuring there is an inclusive environment so that people can be themselves,” says Sandhu.

Many LGBTQ+ people still find it necessary to conceal their identity at work for reasons that range from fear of prejudice to simply trying to fit in. The FRC and The Good Side’s report may go some way to breaking down barriers.