As several US states move to outlaw non-disclosure agreements in cases of sexual misconduct, boards in every jurisdiction must review their policies—and their company culture. 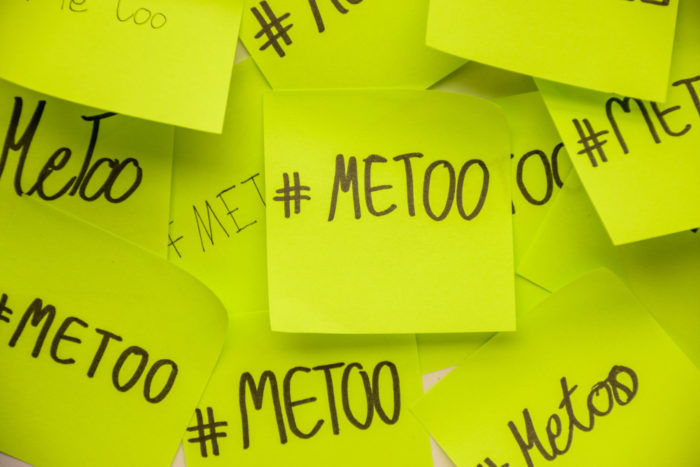 2017 is considered the inflection point of the #MeToo movement, with revelation after revelation of serial sexual misconduct and multi-million dollar hush money settlements approved by management—and sometimes their boards.

It became starkly clear that companies were hiding financial settlements associated with their favourite rainmakers and enabling them to repeatedly engage in unethical and illegal conduct. Worse, tactics used against the survivors and victims included collecting and deleting their evidence, buying off their legal teams, investigating their private lives, and media smear campaigns.

As Harvey Weinstein sits in court, boards should take stock of what has changed and what still needs to change to ensure aberrant and fraudulent misconduct comes to light and that transparency ensures the board is above reproach in executing its fiduciary responsibility.

By July 2018, 52% of US companies had reviewed their sexual harassment policies, with 58% of those updating them. By September, 2019, the number of women appointed to public boards of companies in the Russell 3000 had risen over the two years from 16% to 20%.

Yet, the more things change, the more they stay the same: when the Fortune 500 companies were announced in May 2019, only 33 CEOs—less than 7%— were women.

A company is required to reveal material activity that can have financial impact. Likewise, it is required to work within the law, which precludes discriminatory activity, including harassment and retaliation. What can a board do to ensure that it is in compliance?

Boards dominated by older, heterosexual, white males are going to struggle to adapt to the shifting and rising expectations of diverse constituencies.

Because boards interview candidates for experience, the odds of older boards being out of touch with younger demographics is reasonably high. Be sure you have at least one board member who uses social media.

Commit to excellence in ethics

For some reason, companies seem unwilling to step forward and make a serious, public commitment to ethics, even though it would improve the bottom line. This starts with the board and top executives welcoming reports of unethical behaviours.

Science has shown that statements by management upholding high standards resonate with and encourage employees. In an open letter to staff, Richard Handler and Brian Friedman, the CEO and bank president of investment bank Jefferies, denounced “the thoughtless, paranoid, and fundamentally wrong reaction that many people in our industry are expressing about the #MeToo movement”. Send a public message to the team.

Beware of the ‘cult of founder’

Boards of companies that revolve around superstars are more susceptible to groupthink that allows them to downplay unethical executives. Do executives seem consumed with glorifying themselves or the organisation? Weinstein’s companies are in ashes, and his board members are scorned. How close is your board to a “star?”

Keep an eye on the executive team

Does top management cultivate a culture of respect or bravado? Are there rumours of past misconduct or relationships within the company? Directors need to know the full story. This is particularly true of the head of compliance.

In August of 2019, Jennifer Blakely, former lover of David Drummond, Google’s chief legal officer, published an article alleging Drummond had multiple relationships with women at Google. In January 2020, more than four months later, after Drummond sold tens of millions in stock, the company announced his departure.

When the legal department appears to be engaged in suspect behaviours, it’s time to act. Better to quickly put an executive on leave and deal with that fallout than allow the publicity to build over months.

Review the company’s misconduct policies. Does the company give examples of violations that represent sexual misconduct? Does it describe how investigations take place?

Be sure the company has policies for off-site behaviours and conferences. Importantly, when I’m With Them reviewed the Fortune 150’s Codes of Conduct, we found not one described what the consequences would be for any perpetrator.

Give examples of successful resolutions. It’s nearly impossible for a victim to come forward without an idea of what will happen after reporting.

Under-reporting of sexual misconduct is considered to be approximately 80%, which suggests that for every single report, another four are unreported.

Any investigation of sexual misconduct should start with the premise that this is only the first of several examples of misconduct and work to disprove the premise.

Revise all prior and new employment contracts to include compensation clawbacks for ethical violations. Stop requiring NDAs in settlements around sexual misconduct; if the company has handled the situation ethically, it has nothing to hide.

Now is the time to get ahead of legislation, not find yourself in the middle of it

Boards should also end mandatory arbitration for sexual misconduct. In October of 2019, California banned forced arbitration in these cases.

Now is the time to get ahead of legislation, not find yourself in the middle of it. Again, if the company is handling its misconduct with transparency, it has nothing to fear.

If you want ethical behaviour, you have to hire ethical behaviour. Thoroughly vet employee departures from prior companies. When Mark Hurd was CEO of Hewlett-Packard, he repeatedly used company funds to take a consultant, a romantic target, to dinner. In 2010, after resigning and subsequently landing at Oracle, no one batted an eye. That’s not happening anymore.

Boards that think their work is done in this area haven’t dug in deeply enough. The shift to a more diverse and inclusive workforce is just getting started.

Laurie Girand is the founder and president of I’m With Them, a non-profit helping victims of work-related sexual misconduct.