Compliance with regulation and the law is an essential part of business, but a new report reveals that companies are aware of failings and that the appetite for abiding by the rules is surprisingly low. 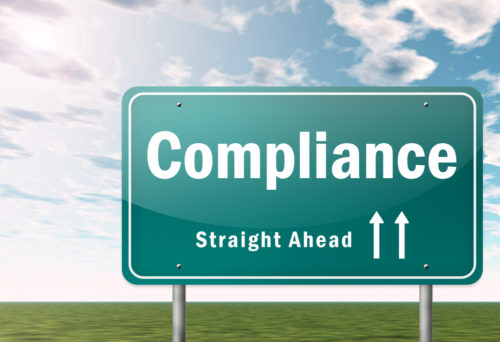 Compliance may mean meeting legal or regulatory obligations, but in a corporate setting, compliance is viewed as a cost from both a people and a financial resource perspective. “Essential”, new or evolving compliance, it seems, is greeted with rolled eyes.

A new report by lawyers Baker McKenzie outlines the dysfunctional way that compliance is dealt with (or not) by business, and why a more positive approach could help improve corporate fortunes.

The report reveals that 52% of large corporates are aware of “compliance issues” yet to be reported to a regulator or made public. The survey also showed that a third of companies were afraid to speak up for fear of uncovering the problems.

“There is a sense that compliance teams are overwhelmed with the number of issues they have to tackle and are not always well-resourced enough to deal with everything, so priorities have to be set,” according to Jo Ludlam, co-chair of Baker McKenzie’s global compliance and investigations group and co-author of the report.

This sits ominously alongside the Financial Conduct Authority’s (FCA) research, published in its November 2017 report, The Compliance Function in Wholesale Banks. “Investment in surveillance systems and additional personnel has been identified as an enabler of better quality compliance challenge,” it observes.

The FCA is keen to see improvement. “Structurally, firms are seeking to clarify the shifting boundaries of the first and second lines of defence to help define the responsibilities of the compliance function, with regard, for instance, to financial crime,” states the FCA. “Such organisational change is likely to continue in the coming years.”

A starting point, though, is looking at why so many compliance officers and their respective organisations fail to report or adequately deal with compliance breaches.

Another concerning statistic from the Baker McKenzie report focused on the appetite for a compliance focus: 35% of respondents were taking no greater interest in compliance, despite an increase in legal action against directors. This may be due in part to a perceived “lack of teeth” among the regulatory community.

It is time for boards to build compliance efforts into strategic growth ambitions.

However, record fines have been set by the FCA and Financial Reporting Council in the past year.

“They [companies] need to avoid the temptation to bury their heads in the sand and, instead, integrate and simplify their compliance policies as quickly as possible,” warns Ludlam. “Failure to do so will only increase their risk exposure and the possibility of hefty fines from regulators and serious reputational damage.”

While Ludlam points to the compliance function as typically viewed as a “cost centre”, it is time for boards to build compliance efforts into strategic growth ambitions.

There are key areas where the report says compliance should be much better integrated. The report finds that a third of respondents’ organisations are targeting “aggressive” growth plans, with many planning on M&A activity, international markets and joint ventures.

Again, this aligns with the FCA’s direction of travel. Moving beyond an annual “compliance plan” and thinking more broadly and strategically are key for effective and modern compliance functions.

“The absence of strategic goals [from respondents to its research] raises questions about what the planned activity is in service of, other than regulatory adherence,” states the FCA. 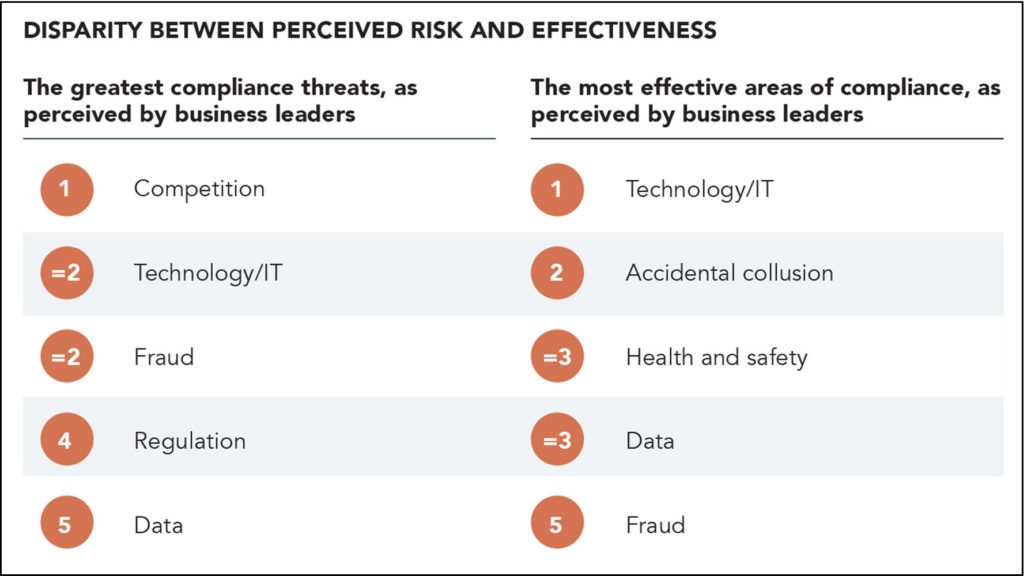 However, fewer than one in five compliance officers questioned in Baker McKenzie’s research said they worked closely with colleagues during the planning and implementation of deals. Undertaking due diligence from a compliance perspective would help acquirers “understand the true nature and value” of what they are buying, and negotiate a price that matches the value, finds Baker McKenzie.

Compliance officers should focus on communicating their importance more openly, taking a more consultative approach to helping the company find solutions to the “problems” it faces.

“There is also a need for leadership to buy into giving compliance a seat at the strategic table and involving them more fully in the heart of the business,” concludes Ludlam.