The barriers preventing women entering boardrooms in greater numbers are various and complex, but new recruiting policies, female networks and mentoring schemes can all be used to help women climb higher. 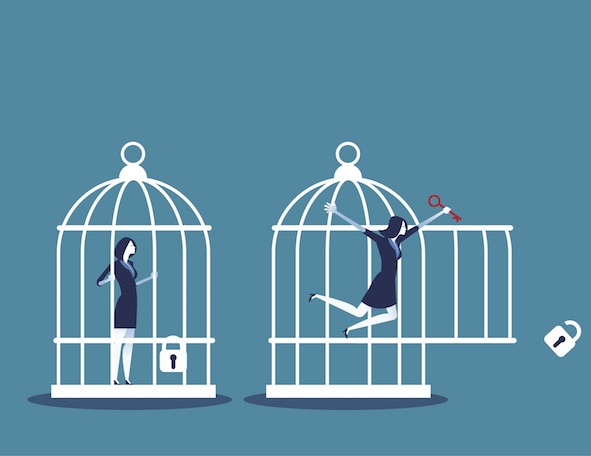 Much has been written in recent years about the advantages to companies of having diverse boards—diversity of thought,
better stakeholder representation, different points of reference and experiences—all of which can translate into a competitive advantage for the organisation in question.

But while there is agreement on the benefit of diverse boards, achieving diversity requires a strong commitment from senior management; commitment from policymakers can also help bring about change.

For example, when it comes to getting more women on boards, quotas have been useful for improving gender diversity in many countries.

Norway, the first country to adopt a quota for female board members (40%) in 2004, has seen female representation on boards rise in the past decade. Across Europe, the number of female board members at 734 large publicly traded companies is now 23%, up from 11% in 2007, according to EU data. In countries with quotas in place, it is higher: 44% in Iceland, 39% in Norway, 36% in France and 26% in Germany.

While quotas can be useful, they do not in themselves solve the long-term problem of how to get women considered for board positions.

While there are no government-mandated quotas in the UK, there have been strong signals sent through groups such as the 30% Club, a 2010 initiative started by Helena Morrissey, head of personal investment at Legal & General, which has the goal of achieving a minimum of 30% women on FTSE100 boards. In 2010, women on boards comprised 13% of the total; in early 2015, that number had risen to 24%.

At the Principles for Responsible Investment (PRI), we support the 30% Club and its aims, and we actively seek to recruit qualified women for senior positions. As a female managing director, I think it is vital that women support instead of compete with each other as they move up the career ladder.

Other bright spots on the horizon include the national campaign, 2020 Women on Boards, which has set itself the goal of increasing the percentage of women on corporate boards to 20% by 2020. Meanwhile, the Rockefeller Foundation, through its 100×25 campaign, is aiming to reach its goal of 100 women CEOs of Fortune 500 companies by 2025.

However, we must not overlook the fact that the success of the 30% Club and other initiatives is due in part to the support of male advocates. Getting senior male executives to support greater representation of women is key to keeping diversity moving ahead, especially since men are still overwhelmingly in the decision-making positions.

While quotas can be useful, they do not in themselves solve the long-term problem of how to get women considered for board positions. What we really need is to raise the pool of female candidates across the corporate spectrum. How best to do this?

One way is to move beyond the practice of only looking for executives with prior board experience or only appointing women who already have board positions. That just leads to having the same women appointed on several boards and does not increase the pool as a whole.

We need to cast the net more widely—well beyond the C-suite, where we do not find enough women—to create a strong pipeline of female candidates. Senior executives should also use their own networks, rather than relying only on search firms, because personal networking can often yield suitable candidates for a board position.

While senior managers need to use their networks more regularly as a possible source of female candidates for board positions, women themselves need to network more, with men and women. But making time to network can be difficult for many women, who finish a busy day at work then go home to take care of family responsibilities. As a result, networking gets put on the back burner.

Networking takes time but is a vital ingredient to the success of a woman’s professional life. Networking gets you noticed. For many women who do not have the time to attend networking events, social media can be a useful way to interact with colleagues and others, especially via business sites such as LinkedIn.

Beyond networking, mentoring is extremely important. For example, the 30% Club offers a mentoring scheme to develop the pipeline and parity of women in FTSE350 leadership roles by matching senior leaders (male and female) with female mentees from other organisations.

At the PRI, we have a policy in place where we will not host or take part in any conference sessions that do not have at least one woman participant.

A 2017 study by professional services firm Egon Zehnder found that only 54% of women have access to senior leaders who act as mentors or informal sponsors in their career. While advocacy and sponsorship rates decline as age increases, the women with the highest level of support are those already sitting in the C-suite.

Women should never assume that search firms and consultants will seek them out for board opportunities. They need to be proactive by regularly contacting their networks about potential new opportunities. Women also need to make sure they are seen in the public eye. Regularly speaking at conferences, for example, is a good way to help build a personal profile and increase someone’s chances of being seen by decision-makers.

And there is no doubt that the presence of women is still lacking at many events. How many workshops, forums or events do we still go to today that are full of men in grey suits as the presenters? At the PRI, we have a policy in place where we will not host or take part in any conference sessions that do not have at least one woman participant.

Ultimately, the issues of recruiting more women for board positions can best be solved by companies ensuring there are senior women throughout their organisations, which will make future recruitment of board candidates easier. Attracting women to senior management roles in the first place is something many companies still need to address by reviewing workplace policies that pose barriers to advancement, such as full-time working, lack of role models and an absence of mentoring.

Companies need to work harder at identifying women in mid-level management positions who show an aptitude for moving up the corporate ladder, and nurture this talent to make sure it is properly developed.

Companies need to work harder at identifying women in mid-level management positions who show an aptitude for moving up the corporate ladder, and nurture this talent to make sure it is properly developed. Many companies have lost talented female managers because they failed to provide the necessary skills and support. In today’s highly competitive corporate world, who can afford to lose talented senior staff?

Companies also need to ensure their HR teams are well equipped with the tools they need to consider women for senior roles. This includes engaging with senior managers to avoid them recruiting in their own image, focusing instead on the best candidates for the role.

The issue of getting more women into senior management roles and then ultimately on to boards, will not be resolved overnight, given the shift in mindset that still needs to evolve. But there is no doubt that changing current recruitment models, ensuring women are employed in senior roles, mentoring them either formally or informally and improving networking opportunities, are all important pieces of the puzzle for achieving future success.

Fiona Reynolds is managing director at the Principles for Responsible Investment.