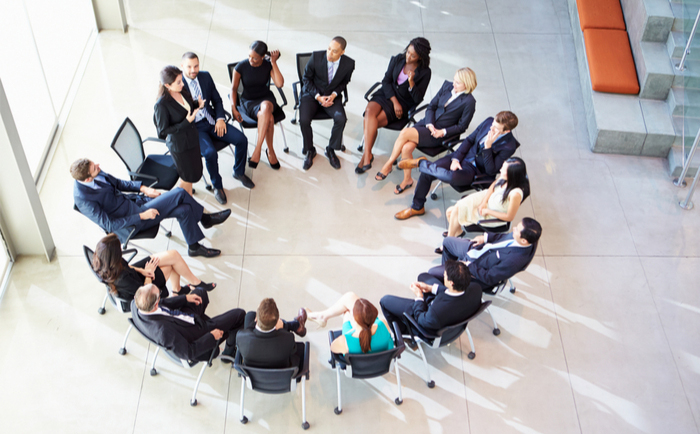 Culture is considered an increasingly important issue inside organisations but research now suggests it is also a key growth factor.

A survey from international search firm Heidrick and Struggles (H&S) reveals a relationship between chief executives that intentionally target their company’s culture and performance.

A total of 70% of UK chief executives polled told H&S they have made workplace culture a key priority. The number is the same in Spain, rising to 78% in France and a hefty 82% in Germany. But a group of CEOs identified as having a more intensive focus on culture—dubbed “culture accelerators” by H&S—were found to have double the compound annual growth rate of other companies included in the poll.

The research, which questioned 500 chief executives around the world, found that 10% of UK

CEOs were classed as “accelerators” with an increased attention to culture, through making it a top-three driver, placing it front and centre of strategy and having a robust process supported by the CEO to give it credibility.

Why and how CEOs focus on culture

According to H&S partner Ian Johnston, Covid-19 has brought culture into focus. “The global pandemic caused turmoil within many organisations and it seems those who have maintained a focus on culture during the uncertainty will be better positioned for future success.”

But it is intriguing to see the intent behind the focus on culture. Perhaps unsurprisingly, given the pandemic’s impact on employees, 26% of UK CEOs say they wanted to increase employee engagement. That was the lead reason given for making culture a top-line agenda issue. Closely behind on 22% was improving financial performance, and third place went to improving customer service on 18%.

When it comes to picking the best way to ensure a “thriving culture”, UK chief execs found themselves in slight disagreement with international counterparts once again.

UK CEOs named “promotion of culture with board members” and “aligning reward processes with culture” as their leading methods. Around the world the most popular route to boosting culture was “recognising employees who live the culture”, with the other methods a close second and third.

For Ian Johnston there is reason to be cheered by the survey results, but also some concerns.

“It was reassuring that many CEOs feel that culture is important to them. However, the surprise was how few CEOs were intentional in the way that they went about it,” he says.

“There was a strong difference between the culture drivers that they felt were important and how few of those were commonplace in their companies.”

Culture as an intentional priority

That chief executives, though enthusiastic about culture, should still be grappling with how to place it in their priorities will come as little surprise to readers of Board Agenda.

In a 2017 survey run in partnership with INSEAD and professional services firm Mazars, culture was seen as a low priority. Almost two-thirds—63%—of those polled said their boards either fell short of giving corporate culture significant attention or failed to include the topic in formal risk management systems. Only one in five respondents could say that culture was given the time it deserved.

Writing at the time, Erik van Der Loo and Jaap Winter, both academics at INSEAD, said: “The importance of having a strong corporate culture has been well documented. From upholding ethics to driving innovation, organisational performance can be very much influenced by cultural aspects, such as values, mission, communication and the prevailing organisational atmosphere.” They added: “It is therefore vital that boards understand the culture in their organisations so they can provide effective leadership and direction to the business.”

Culture remains a key issue. CEOs have grasped that. The next step may be placing it front and centre of strategy from the outset.