PwC no longer audits the most clients among the UK’s 100 biggest listed companies, plunging from first to fourth position. 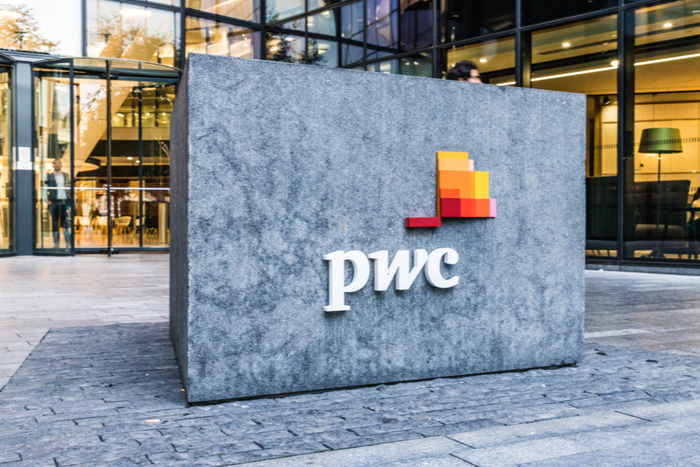 For those intrigued by the arcane world of audit a small earthquake has just occured. PwC, for some time the UK’s most significant auditor of FTSE 100 companies, has lost its top position.

Research from intelligence firm Adviser Rankings shows that PwC no longer serves the most clients among the UK’s 100 biggest listed companies, having been eclipsed by KPMG.

It appears that KPMG winning the audit of 3i, an investment house, and PwC’s loss of Burberry as a big-name client, has helped trigger a major shift in the audit tectonic plates. Indeed, PwC has plunged from first to fourth.

The firm now has 23 FTSE 100 clients to KPMG’s 28. EY and Deloitte currently have 24 each. While PwC has been mostly affected by changes in the FTSE 100 rankings, the news will remain a blow.

According to a report from Adviser Rankings: “This is the only time since our records began in 2005 that PwC has not held a FTSE 100 podium position, and only the second time that PwC have not held first place by FTSE 100 clients.”

When Adviser Rankings reported in June it found other movements under way, with challenger firm BDO becoming the second largest supplier of audit services to listed clients, overtaking KPMG to chase PwC.

While PwC may have suffered bad news within the FTSE 100, the firm’s leaders may be consoled by its position among FTSE 250 members where it has extended its lead over competitors after winning a handful of new clients. PwC also has the largest share of clients by market cap and still holds the largest number of listed client overall at 320.

There has been some increased movement in audit clients since the European Union introduced audit market reforms in June 2016 intended to boost competition among auditors.

However, the FTSE 100 is currently a Big Four preserve, with no company in the index currently audited by one of the challenger firms. That said, BDO has made multiple gains elsewhere, notably winning the audit of fashion brand Ted Baker.

The audit sector is undergoing further change however. Following a series of reviews the Financial Reporting Council, the sector’s regulator, has issued principles for the separation of audit from other services inside the Big Four firms.

Separation of audit from other practices inside firms formed part of the recommendations made by the Competition and Markets Authority in a review published in April last year.

A review conducted by City of London grandee Sir John Kingman in 2018 recommended the formation of a new audit and financial reporting regulator. However, while the government has accepted the recommendations, it is yet to introduce legislation that would create the new watchdog and give it the recommended new powers, a fact that Sir John has complained about publicly.

The latest evidence appears to show the audit market shifting. If all recommendations from recent reviews are introduced we may yet see more change. However, it is not clear when that may happen.