The Competition and Markets Authority says regulators should punish audit committees, impose joint audits and force an “operational separation” of auditors from other parts of their firms . 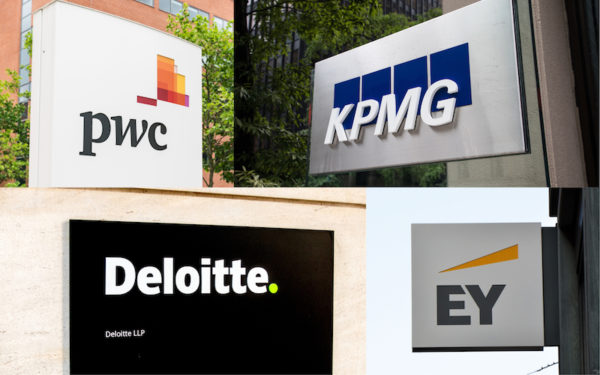 Audit committees should face public reprimand by regulators if they fail to provide adequate scrutiny of their auditors, according to recommendations from the UK’s competition authority.

The proposal comes as part of a suite of measures published today by the Competition and Markets Authority (CMA), which also includes mandatory joint audits and the operational separation of audit firms from other services, such as consultancy.

Part of a long-running probe of audit firms, the report is the result of public and political concerns following high-profile corporate collapses such as high street department store BHS and construction giant Carillion, among others.

In October the CMA began looking at the audit market and delivered an initial report in December. This week’s final report, urging the splitting of firms and joint audit, delivers recommendations that have, in the past, proved contentious with the big audit firms.

The CMA’s chair, Andrew Tyrie, said the government now had a number of reports that had broadly concluded the same thing: conflicts of interest affecting auditors had to be tackled and, with just four big firms serving the UK’s biggest companies, there are too few in the market.

“People’s livelihoods, savings and pensions all depend on the auditors’ job being done to a high standard,” said Tyrie. “But too many fall short—more than a quarter of big company audits are considered sub-standard by the regulator. This cannot be allowed to continue.”

Andrea Coscelli, the CMA’s chief executive, said the recommended changes would bolster UK corporate governance.  “Our recommendations, along with improvements to regulation and clarifying the purpose and scope of audits, will ensure the UK strengthens its position,” Coscelli said.

“More than a quarter of big company audits are considered sub-standard by the regulator. This cannot be allowed to continue”

Not everyone is impressed with the CMA’s report. The CBI, the UK’s biggest employer body, insisted some of the CMA’s proposals risk “damaging” the UK’s hard-won reputation for governance.

John Allan, CBI president, lauded greater scrutiny of audit committees but honed in on joint audits and operational separation.  “Improving the quality of audit to enhance public trust and investor confidence must be paramount. But the guiding star for any reforms must be a focus on what works.

“Mandating joint audits will add cost and complexity for business with no guarantee of better outcomes. Operational splits could restrict access to the skills required to carry out complex audits.”

Some of the big firms meanwhile have been more measured in their response. PwC, the dominant auditor of large companies in the UK, issued a statement saying it recognised the “importance of increasing trust in audit and the consistency of audit quality”.  The firm said: “It’s important that the potential impact and implementation of recommendations are well thought through to ensure they deliver the desired outcomes and avoid any unintended consequences.”

That theme was picked up more forcefully by Stephen Griggs, Deloitte’s UK head of audit, who also re-emphasised the firm’s support for reform and the CMA’s “objective”.  However, Griggs warned that some of the recommendations would fail to meet the needs for increased choice and competition, and could have “unintended consequences, such as lower audit quality, damage to UK competitiveness, and weaker resilience of the sector”.

“Mandating joint audits will add cost and complexity for business with no guarantee of better outcomes. Operational splits could restrict access to the skills required to carry out complex audits”

Firms outside the big four drew attention to measures that failed to make the CMA’s recommendation, such as a market cap. But they also saw opportunities.

Scott Knight, BDO’s UK head of audit, pointed to the significance of a CMA recommendation that companies could avoid a joint audit if they opted for a non-big-four, or “challenger”, audit firm. “The exemption from joint audits if companies appoint a challenger firm is new and could have a major impact,” he said.

Others have pointed to yet more policies the CMA looked at but did not include. Paul Boyle, a former chief executive of the FRC, recently published a paper for the Centre for Study of Financial Innovation, recommending reform of the ownership rules governing audit firms. Currently, they can only be operated by “qualified” auditors. Boyle believes this should be liberalised.

Issues in the audit market

Joint audits and some form of separation have been long-running demands from some quarters for UK firms and, until now, always successfully countered by the big four, which argued they would do little to improve audit quality.

Earlier attempts have also been made to tackle issues in the audit market. Triggered by concerns that auditors failed to see the risks to financial institutions ahead of the financial crisis, the EU issued reforms in 2014. New laws introduced mandatory audit firm rotation, restrictions on alternative services that could be offered to audit clients and new responsibilities for audit committees.

The current audit crisis was sparked by the collapse of Carillion, though other corporate failures contributed to a widespread concern.  At the root of concerns are three main claims.

First, auditors are too close to their clients because of the perceived need to sell additional services, such as consultancy or tax advice, and therefore lack independence. It is claimed this then affects the quality of audit.

Second, there is disagreement over the purpose audits serve. Some argue they can only be about checking processes; others insist they should be used to root out frauds or risky business models.

Lastly, and connected, is the claim that there are simply too few big audit firms to provide the level of competition needed to produce high quality, independent audits. The collapse of Arthur Andersen in 2002, following the Enron scandal, left just four big firms—PwC, KPMG, EY and Deloitte—servicing audits to 100% of the FTSE100 and 97% of the FTSE350.

Throughout 2018, MPs on parliamentary committees investigated the collapse of Carillion, including the roles of the company’s auditor and the audit regulator.  In December Sir John Kingman published his review of the Financial Reporting Council, recommending its abolition and replacement with a new body to be called the Audit, Reporting and Governance Authority.

The government accepted the recommendations of the report, though when the new body will be up and running remains unclear.  December also saw the government launch a review into audit quality and standards under the leadership of Donald Brydon, the outgoing chair of the London Stock Exchange. Brydon is expected to report by the end of the year.

The CMA’s recommendations will now have to be translated into legislation, which could be a lengthy process given that government and Parliament are preoccupied with Brexit. That could provide yet another opportunity to tussle over the detail.