The UK financial watchdog has announced that the operational separation of audit must take place by the end of June 2024. 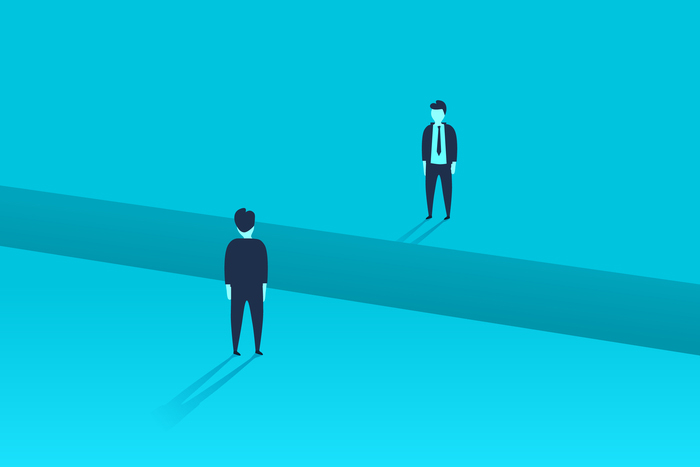 A landmark in the reform of the UK audit market has been reached with the Big Four firms put on notice that the “operational separation” of audit from other services must take place by the end of June 2024.

Audit firms have been warned that new arrangements must ensure auditors are “not accountable” to the executives at client companies; they are not considered consultants; and their cultures must “support audit quality and the public interest”.

The Financial Reporting Council, the UK’s governance and audit regulator, said firms would need to demonstrate they had achieved objectives outlined by the watchdog.

The move to separation follows three reviews of the audit profession undertaken by the Competition and Markets Authority, Sir John Kingman and Sir Donald Brydon, as well as various parliamentary investigations.

Sir Jon Thompson, the FRC chief executive, said: “Today the FRC has delivered a major step in the reform of the audit sector by setting principles for operational separation of audit practices from the rest of the firm.

“The FRC remains fully committed to the broad suite of reform measures on corporate reporting and audit reform and will introduce further aspects of the reform package over time.”

The FRC have asked the Big Four—PwC, Deloitte, KPMG and EY—to submit separation timetables by the end of October this year.

The objectives of separation are diverse. It aims to ensure firms prioritise audit quality and protect auditors from the influence of other parts of their firms, especially consultants.

The FRC also wants to ensure that aggregate profits distributed to audit partners “should not persistently exceed” the profit contribution of audit. The pay of audit partners should also depend on quality of audit. These measures are aimed at ensuring audit partners are not incentivised by other, more commercial, services areas in their multi-disciplinary firms.

Audit operations will also need to be more transparent about their finances and audit quality metrics. The regulator said it will assess whether firms are delivering on the separation objectives and seek new powers.

Separation of audit from other practices inside firms formed part of the recommendations made by the Competition and Markets Authority in a review published in April last year.

The report not only called for separation but mandatory joint audit, a five-year review of progress and much greater scrutiny for the work of audit committees.

According to Maggie McGhee, executive director, governance at ACCA, the separation announcement starts to “make tangible” the audit reviews undertaken so far.

And while she concedes that it may raise audits costs, “critical to everything is that audit quality is protected and enhanced”.

The detail of separation, she believes, will potentially offer audit committees more reassurance over the independence of auditors and more clarity on the finances of the audit business.

Meanwhile, others are not convinced. Jonathan Hayward, chief executive of consultancy Independent Audit, is pessimistic about the reforms bringing about improvement. “The only trouble is that there will always be audit failures. Every time there’s a failure changes are made that are basically the same… I see no reason to suppose that this change will end that cycle.”

He warned that while multi-national companies have become increasingly complex, audits have come to rely on more subjective judgment. “Put those together and the chances of auditors getting it right are rather slender,” he said.

Hayward agreed separation could increase costs, given firms will be functioning as almost pure-play audit firms.

The big challenge, according to Hayward, will be how regulators persuade audit firms to compete on quality rather than cost. Other reviews, notably Brydon, he said, have focused on attempting to return audit to relying less on being “commercial” and more on its “professional” objectives.

Meanwhile, others pointed out that “enhancing” audit quality would take more that an operational separation. Bob Neate, head of audit in the UK for Mazars, said i would require a package of “interlocking measures”.

“We continue to believe the proposals of the CMA, which recommended a package of joint audit, strengthening audit committee oversight and robust operational separation, is the best route to fully achieve these objectives. We would encourage the government to indicate its support for the CMA’s proposals to restore confidence in the audit market without any further delay.”

A government consultation on more audit reform is yet to conclude though it is expected. While separation is a start, there is much more to come.