Median pay dropped from £4m to £3.4m in 2018 as companies bow to shareholder pressure on remuneration policy, according to research from Deloitte. 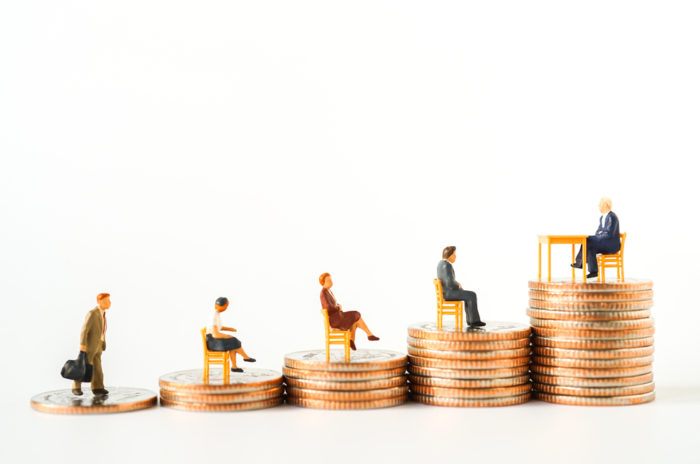 Median chief executive pay has fallen in the FTSE 100, according to new figures.

Research from Deloitte claims median pay dropped from £4m to £3.4m in 2018, while the number of companies facing low support for their pay policies—or a shareholder revolt, defined as less than 80% support—has also fallen by around half from 13% to 7%.

Deloitte says the results signal that pressure from investors, as well as increased disclosure by companies on pay levels and pay gaps, is having an effect.

Deloitte vice-chairman Stephen Cahill said: “It has been a quiet AGM season for the largest companies with fewer shareholder revolts.

“However investors have shown that they will continue to bite when companies fall foul of their expectation on pay.”

One of the most recent companies to see a revolt on pay was Standard Chartered, which saw 32.6% of investors vote against its remuneration policy in May. Controversy was later sparked when chief executive Bill Winters reportedly called shareholders “immature” for voting against the pay policy.

Other examples include Playtech, the sports betting software provider, which saw support for its pay arrangements reach only 59.05%, the lowest support for a remuneration policy so far in the current season.

Deloitte said companies were seeing pressure for improved transparency on bonus plans and increased demands for judgement on payouts that fail to reflect the “shareholder experience”.

Attitudes appear to be changing toward long-term incentive plans (LTIPs) too. Only one in 20 companies has more than one LTIP in place while 85% executives receive no shares until at least five years from grant, compared with 45% in 2014.

According to the new UK Corporate Governance Code published last year,  shares received as part of a bonus should be held for at least five years. Remuneration committees must also report on why they believe their policies are “appropriate” using pay ratios and pay gaps. They must also explain “how executive remuneration aligns with wider company pay policy”.

Cahill concluded there would be further movement on pay, in particular reduced pensions and requirements to hold on to share after leaving their posts.

“Given current uncertainty on the UK business environment, shareholder pressure and regulatory controls should be balanced with the need to ensure that the UK is able to attract the calibre of talent that can deliver continued prosperity for businesses,” he said.

Too early to judge

Not everyone sees powerful conclusions in the research. Sandy Pepper, a professor at London School of Economics specialising in pay issues, told Board Agenda evidence was needed over time.

“It is difficult to judge high-pay trends on the basis of one year’s results; the different ways in which long-term incentive can be valued make this particularly difficult,” he said.

“We really need to see the trend over a number of years before we can determine whether there is a move to simplify and moderate top-pay practices.”

An investigation by the business select committee of the House of Commons concluded in March that attitudes to pay were changing but there were exceptions. It noted that CEO earnings in the FTSE 100 have increased four times as much as the national average over the past decade.

It worried that high pay differentials had become “baked” into the system due to “over generous, incentive-based pay” and because of the “weakness” of remuneration committees.

The committee said executive pay was “too dominated” by incentive-based elements that “do not effectively drive decision-making in the long-term interests of the company”.

The committee called for “simpler” structures for pay based on fixed-term salary plus deferred shares vesting over a long period, with much less variable pay.

In September the High Pay Centre (HPC), a campaign group, will publish the results of its own annual research conducted with the CIPD, the professional body for HR specialists.

Among other changes, the HPC has called for employees on boards to help counter excessive executive pay.

In a blog post last year Deborah Hargreaves, HPC founder, said: “I would argue for a new corporate ethos. I believe we are paying our executives to do the wrong things. Shareholders should not be the only beneficiaries of company success and the proceeds of that wealth should be shared more widely.

“In the UK, we already have a Companies Act that defines the way a firm should be run. The list of beneficiaries is much longer than just the shareholders and includes employees and customers. Directors need to embrace that outlook and set up structures to achieve it.”