It’s undoubtedly a tough job, especially in this pay-sensitive climate. So why would anyone want to be remuneration chair? 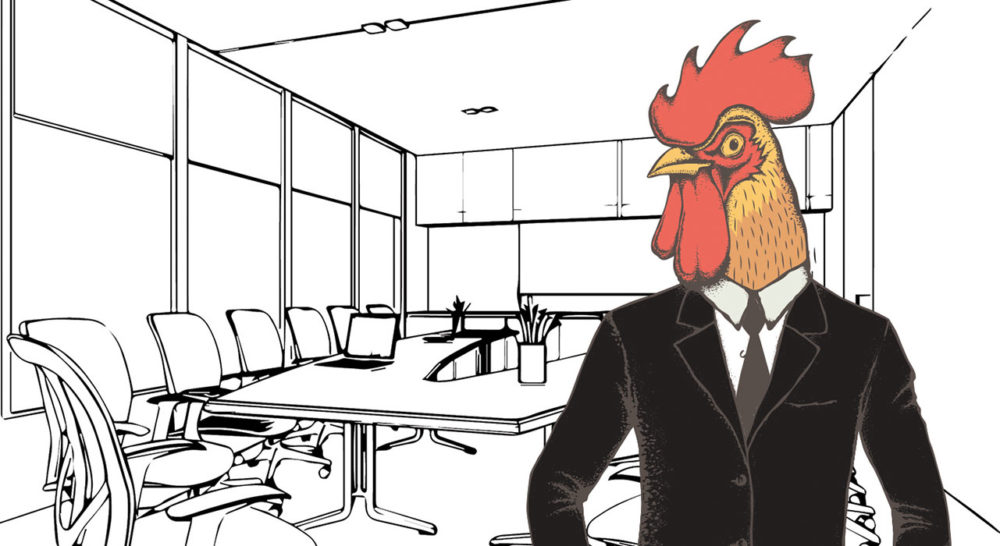 So let’s start with a quick question: Why did the chicken cross the road?

Answer: To avoid being chair of remuneration!

Is remuneration the poisoned chalice of the boardroom? I speak from personal experience, as this anecdote will reveal. I was a member of a rem (remuneration) committee discussing the packages of the board execs. The salary list was in front of us, including the long-standing chairman’s.

As a new non-exec I was surprised to see that he was paid more than the CFO, and double the benchmark for the size of company we were. Somewhat indelicately I voiced this surprise. I didn’t last long on that board and I learned the hard way how sensitive remuneration can be.

On the surface though, the role would appear to have many aspects that career-focused non-executives would find attractive—power, visibility, impact, additional non-executive fees etc. It is, unlike audit committees, an area where you do not need a qualification to understand what is going on—merely the ability to differentiate between different numbers of zeros.

“I have never met a CEO who thinks that his or her pay should be below median; in fact, the vast majority believe they are top quartile…”

Therefore, the “chair of rem” is unprotected by any mantle of mystique and can be the scapegoat for all.

First, governance. The rem chair has the longest report to write and has to balance transparency of remuneration information with the commercial confidentiality of target-setting, and the salary tension that should exist between an employee and employer. A difficult balancing act whatever the circumstances, but even more so at the moment when there is such focus on executive pay.

Second, executive performance. The rem chair has to use remuneration to retain and motivate company executives to deliver the results aspired to by shareholders, within the context of a highly public, competitive executive pay market. I have never met a CEO who thinks that his or her pay should be below median; in fact, the vast majority believe they are top quartile either because they are, they are going to be or were (if the market hadn’t turned). Relationships can be very fraught.

Third, shareholders. Being rem chair is very time-consuming, particularly when there are changes to policy, or application of policy which requires consultation. Mostly, shareholders are large financial establishments themselves with very similar remuneration rules. Getting a sensible conversation out of them, let alone a consistent one, is very difficult.

Finally, the media. After reading this article, you will be acutely aware of the level of scrutiny and opinion that abounds on this subject. Certainly my experience of sitting on rem has been that a large amount of time is devoted to understanding what everyone else is doing. And how do we justify/explain to the public what we want to do?

Why remuneration chairs are increasingly female

So, what sort of mad person would want to be a remuneration chair? Well, it appears that it is increasingly female non-executives. Research by Pearl Meyer on the FTSE 150 (127 after excluding trusts and recent lists) found that 41% of rem chairs are women—in a market where women occupy just over 29% of boardroom roles.

This extreme over-representation is put down variously to:

• a female appetite for “what is often a deeply unpopular and controversial task” (probably reflecting their executive career);

• an increasing number of HR professionals (where women are better represented in the executive world) joining as non-executives;

• and the fact that most women have not experienced the high levels of pay they are managing, and so are less emotionally involved than many male colleagues.

Research suggests that female chairs do not necessarily agree lower remuneration packages, but they do seem to procure better performance for the money. Even with the greater focus on pay, there has been no overall reduction in remuneration packages although the pace of escalation may (arguably) be lower.

“Whatever my personal perspective, no pension holder, ISA equity holder or individual shareholder will thank me for losing the CEO by being in the vanguard of pay regulation.”

To truly impact levels of executive pay, there will need to be external regulation that is imposed extraneously to the interested, connected parties that currently have responsibility—institutional shareholders and non-executives; both of these fall into the currently, or ex, highly paid category.

Whatever my personal perspective, no pension holder, ISA equity holder or individual shareholder will thank me for losing the CEO by being in the vanguard of pay regulation.

Attempts to control executive pay are growing across the world. In Oregon, USA, the state has legislated that companies will pay 10% more on their tax rate if the CEO makes 100 times the average employee, and a 25% increase if they make 250 times more.

In 2015, Swiss voters rejected a proposal to limit executives’ pay to 12 times that of junior employees .The measure was supported by 35% of voters with the highest turnout in three years.

In the FTSE 100, the average CEO pay is estimated at 140 times that of an average worker.

Theresa May’s arrival in government was heralded by much talk of more control over boardroom pay, which is generating press but little action. I would like to see a system where gross attributable pay over a certain amount, or multiple, is “disallowed” for corporate tax purposes.

This should incentivise shareholder conversations about controlling executive pay, as it will “cost” the shareholders in terms of the tax impact through their dividend return and reserve growth.

The question is who is the real chicken in this game? The regulators, the government, the shareholders? Because it isn’t the remuneration chair.

The Secret NED is a current British board director with 30 years’ experience, who has worked on boards in the FTSE 250, small cap companies and private, family-owned businesses.