Study says selection processes are “distorted by the assumption that those who do not resemble existing board members are less ‘impressive’”. 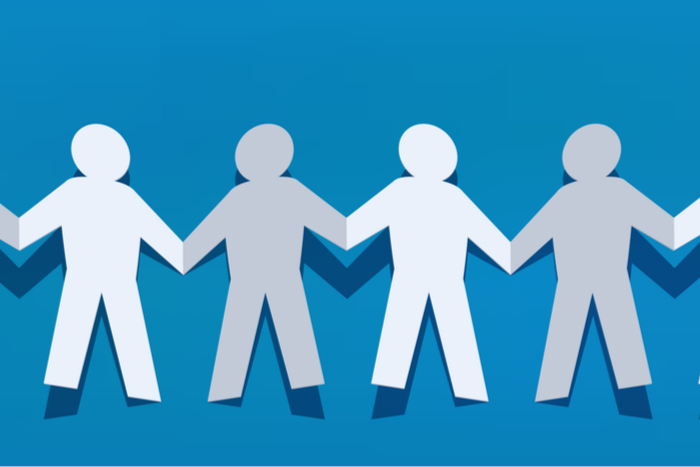 The drive towards diverse boardrooms has hit a stumbling block: new evidence suggests that the message has failed to reach more than half of boards.

The findings will come as a poignant reminder that the acceptance of minority groups into boardrooms is far from complete. The issue of racial equality was made a headline issue last year by the murder of George Floyd, an event that sparked protests around the world. ISS, the shareholder advisory group, found that the S&P 500 increased recruitment of black directors by 200% in the year following the protests.

In the UK, a national debate was sparked by the racist treatment of some England football players after they lost in the final of the European Championship. Marcus Rashford, Bukayo Saka and Jadon Sancho were targeted by racist messages on social media following the penalty shoot-out.

The new research, conducted by the Chartered Governance Institute and the Centre for Synchronous Leadership, revealed a particularly stubborn group it dubs the “bubble bound”. Of those, 37% ignore diversity of skills and expertise, while a hefty 39% report their boardroom skillset is unaligned with their company needs.

This group is most likely to ignore contributions from individuals with “a less dominant status”. Just 36% act on information collected from staff at all levels inside their companies. Perhaps most dispiriting is the finding that 66% of this group report insufficient demographic diversity for “relevant perspective to be represented in decision-making”.

Meanwhile, the researchers found a ground they called “mindful movers”, who appear to be confronting the diversity agenda. Of those, 92% prioritise diversity of skills and expertise; and 96% report their current mix of skills matches their organisational situation. More than half of this group has a diversity and inclusion (D&I) function in their organisation. A hefty 82% of this group already had employee wellbeing on boardroom agendas before the pandemic hit.

The researchers conclude diverse board candidates are being ignored due to “flawed” selection process, “distorted by the assumption that those who do not resemble existing board and committee members are less ‘impressive’.” The researchers says this means the word “impressive” as used in recruitment processes needs to be redefined.

According to Justine Lutterodt, director of the Centre for Synchronous Leadership, the reports findings mean boardroom recruitment processes need an overhaul. “The report demonstrates the importance of establishing a healthy flow of power—by addressing barriers to board refreshment, creating effective mechanisms for accountability and consciously cultivating a pipeline—if we are serious about genuinely moving the dial.”

She offers a warning about the continuing homogeneity of some boardrooms. “Businesses that are only sensitive to the needs of those who have traditionally held positions of power will lose their legitimacy to lead a broader set of stakeholders and find themselves ill-equipped to stay on purpose in an increasingly complex and polarised world.”

Peter Swabey, policy and research director at the Chartered Governance Institute, says that an examination conducted in 2019 revealed that British boards were too dependent on Oxford and Harvard graduates and those with a background in finance. Failure to confront the problem will undermine governance, he argues.

“Unless boards show a genuine willingness to capture the diversity of the society in which their organisations operate, they will continue to miss the opportunities that having greater insight and a wider mindset can offer.”

Diversity on boards and performance

The diversity agenda was front and centre this week at the UK’s governance regulator, the Financial Reporting Council (FRC), after separate research concluded that gender diversity in FTSE 350 positively correlates with better financial performance.

In a statement that chimes with the Chartered Governance Institute study, the report says it could draw few conclusions about ethnic diversity on boards because of a lack of data—there simply aren’t enough board members around to measure their potential impact.

However, new academic research has complicated the picture about the long-standing argument that ethnic diversity on boards has a positive relationship with performance based on EBIT margin.

The argument is widely based on research conducted by the consultancy McKinsey in 2015, 2018 and 2020. However, researchers in the US looking at S&P 500 say they cannot replicate the findings. Their report concludes that “caution is warranted in relying on McKinsey’s findings”. They also emphasise their research was limited to looking at the McKinsey research model. It does not draw any conclusions about whether there are actually links between performance and boardroom performance.

Alex Edmans, a professor of finance at London Business School tweeted: “The frequently touted McKinsey studies on the benefits of ethnic diversity (which would help me if true) are irreplicable even with their chosen performance measure of EBIT margin. Nor do they hold with ROA, ROE, TSR, sales growth, or gross margin.”

However, the report’s authors Jeremiah Green and John Hand say that “there is a great value” in future research looking for a link between financial performance and the presence of ethnic minority employees and board members.