Nominations committees must be more diverse themselves if they are to boost diversity in their organisations, says a report for the Financial Reporting Council. 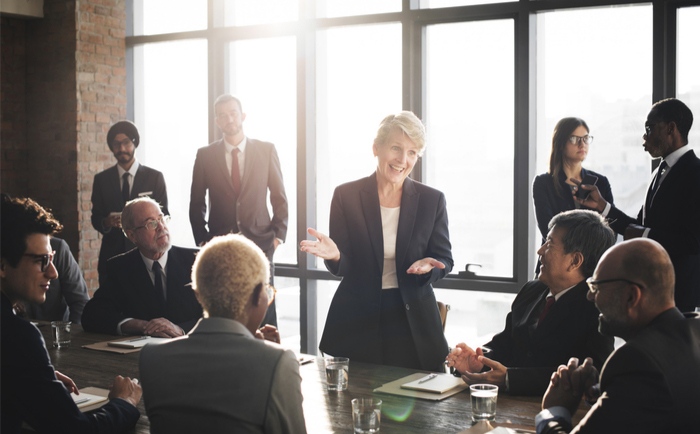 Nominations committees must become more diverse themselves if they are to increase diversity in boardrooms, according to a new report.

The conclusion comes as part of research that looks into diversity in FTSE 350 companies and also finds that higher levels of gender diversity in the boardroom “positively correlate” to better financial performance, with the boost coming after three to five years.

However, the research could draw few conclusions about ethnic diversity on boards due to low levels of representation making impact difficult to measure.

Conducted by the London Business School Leadership Institute and research consultancy SQW on behalf of the Financial Reporting Council (FRC) the research looked at the FTSE 350 between 2001 and 2019 using data on EBITDA margins, stock returns and shareholder dissent.

The report’s conclusions spell out the benefits of gender diversity and detail actions that should be taken for companies to continue making improvements. According to Sir Jon Thompson, the FRC’s chief executive, the UK’s governance code says that a board appointments process should promote diversity.

“The FRC wants to see companies which thrive in the long term and both benefit the economy, society and reflect its make-up. I want to see board invest time and energy in making diverse appointments not to achieve a target but because it will have a positive impact on their business,” he says.

Nominations committees come in for special attention in the report, as might be expected. The report details best practice actions already used, but also identifies action that are only “moderately well utilised”.

These include ensuring committees are themselves diverse; providing clear mandates to search firms to look for diversity; and beginning searches early to “build longer-term relationships with potential appointments”.

But when researchers surveyed directors they uncovered a raft of other measures that are already in widespread use including a skills assessment for boards, managing talent pipelines with an eye on diversity and setting clear targets focused on diversity categories.

There were other findings about the effects of diversity. Boardroom culture tends to become more relationship-focused and collaborative; stock performance appears to improve; and boards are less likely to provoke shareholder dissent.

The report also provided anecdotes of the difficulties encountered by boards looking for new talent. One chair described having to ask a search for the “other file” containing the female candidates after being presented with a list of only men.

It’s worth dwelling on where diversity sits in UK boardrooms. The Hampton-Alexander reviews offered a target of 33% of FTSE 350 boardroom posts to be held by women by 2020. Nearly all the companies in the index have met or exceeded the target. But most of the change has happened through the appointment of non-executives. There is hardly any change in the percentage of female executive directors, only 3% in the FTSE 350 as of 2017, according to the Chartered Governance Institute.

According to the Parker Review, 74 FTSE 100 company boards have a member from an ethnic minority. The rest are still to hit their “one in 2021” target. The FTSE 250 are under examination by the review this year and challenged to meet a similar target by 2024.

A separate survey, however, had less good news. The proportion of FTSE 100 chairs, CEOs and CFOs now is exactly the same as it was in 2014. “The snowy peaks of British business remain stubbornly white,” according to Trevor Phillips, chair of Green Park, the specialist consultancy behind the poll.

There is still work to be done. This new FRC report helps the business case for diversity but the argument, whether for gender or ethnic minorities, goes further. As the new report points out, there are “other important benefits to demographic diversity, such as increased firm reputation, greater corporate social responsibility, higher innovation levels…”

It’s also the right thing to do.