The recruitment of black directors and the discussion of diversity in company documents both increased following the death of George Floyd. 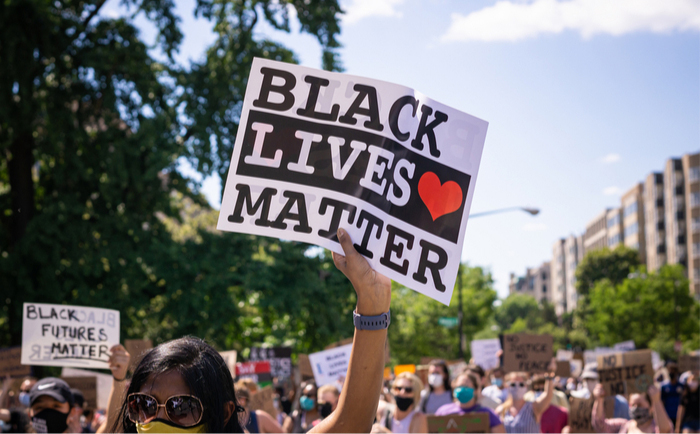 When Black Lives Matter (BLM) protestors hit the streets last year following the murder of George Floyd in Minneapolis, Wall Street listened. In fact, investors responded by backing companies with diverse boards, signalling that the markets had heard the message.

That wasn’t all. Recruitment of black directors increased and discussion of diversity and BLM spread in company documents.

The insight comes from a trio of researchers at the Stockholm School of Economics looking at S&P 500 companies for a 25-day period covering the protests and the immediate aftermath. Maksims Dzabarovs, Romans Madesovs and Anete Pajuste wanted to know whether stock returns of companies with “racially diversified corporate boards” outperformed companies with boards that lacked diversity. They did.

The examination covered 5,524 board seats and 4,665 individual directors at S&P 500 companies, around 64% of which disclosed information about the ethnicity of their directors either through disclosures or photography.

There were other results. Within 13 months of the protests, recruitment to S&P boards had been transformed. Over the period 31% of all new appointments were of black directors, lifting overall representation from 8.2% to 9.6%. This was achieved mostly through creating new board seats.

Lastly, companies increased their discussion and statements about diversity. The researchers found that mention of words in proxy statements like “race”, “racial”, “person of colour” or “ethnic” went from 1.2 per 100,000, before 25 May last year, to 28.8 afterwards.

In a report on their investigation the researchers write: “We find strong evidence that during the BLM movement investors perceived companies with higher representation of black directors more favourably than companies with a less racially diverse board. This result is particularly pronounced among the largest and most popular companies.”

They also point to the increased attention diversity has won in corporate communications. Companies, the researchers write, “have significantly increased the discussion of general diversity, and in particular ethnic diversity related issues, in their proxy statement and the BLM protests served as a catalyst for significant changes in the boardroom racial composition.”

And there is a warning for companies. “As it is very likely that different groups of investors, including fund manager and retail investors, will continue to keep an eye on boardrooms and other racial diversity issues, companies should be prepared to address these questions in a transparent manner.” Additionally, they worry that increasing boardroom seats “might not be the most effective corporate governance response” given the accepted principle that the larger boards become, the weaker governance grows.

There has been more formal reaction to George Floyd’s death and the BLM protests. Nasdaq proposed new listings rules that required the presence of at least two “diverse” directors, including one woman.

Leading companies went public with their views on race. Nike tweeted: “Don’t pretend there’s not a problem in America.” Ice cream maker Ben & Jerry’s posted on the company timeline: “The burden of George Floyd was the result of inhumane police brutality that is perpetuated by a culture of white supremacy.”

But while there was some positive reaction in the US, the UK saw disappointing news. Research by specialist consultancy Green Park revealed in February this year that progress on ethnic diversity in FTSE 100 boardrooms has stalled after finding only 10 out of 297 directors in chair, chief executive and CFO roles were from an ethnic minority. “The snowy peaks of British business remain stubbornly white,” wrote Trevor Phillips, Green Park’s chair.

Progress on boardroom diversity is critical in an age when public debate is centred on company and governance fully integrating ESG concerns—with a special emphasis on the “S” for social. This latest research reveals some progress has been made, though unfortunately it took an appalling act of violence to bring about change.