The business case for a diverse leadership team is clear. But a diversity strategy needs to encompass all aspects of an organisation to lock in future success. 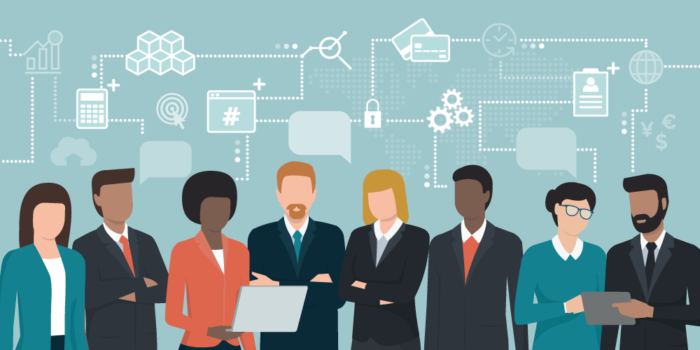 Calls for greater inclusion and diversity (I&D) across business and institutions are continuing to grow on both sides of the Atlantic, with the public and investors demanding action on race inequality—especially after the Black Lives Matter protests—and on gender.

On the business front, some progress in creating a more diverse workforce has taken place in recent years, but research shows that diversity is still patchy. A 2020 update of the UK’s Parker Review showed that 74 FTSE 100 boards had ethnic representation but only five ethnic minority directors held chief executive or chair roles—all of whom were men.

Ann Cairns, global chair of the 30% Club, which aims to get more women on FTSE 350 boards, called out the slow pace of diversity at C-suite level last year, saying that business leadership “still doesn’t reflect our wider population and we are not harnessing the wonderful talents of people who think differently, have different backgrounds, cultures, ethnicities and many other differences.”

Mindful of such data, leadership intelligence company BoardEx and global executive search firm Odgers Berndtson carried out a survey in November 2020 into the state of diversity at leadership and board level. They were keen to gain insight into what diverse companies are doing right, what laggards are getting wrong, and how to make better progress. The report spans a range of large and small UK companies and organisations, with 444 C-suite respondents and 179 non-executive directors.

“We believe that the inclusion & diversity narrative has firmly moved on from the ‘why should we do this’ to the ‘how can we do this’,” says Kester Scrope, CEO of Odgers Berndtson.

“The report is very much about the ‘how’ and is for those organisations who want to take meaningful action in bringing about greater representation across their leadership teams and boards.”

Key findings revealed desire for greater I&D was growing at all levels, even during the Covid-19 pandemic, with nearly half (47%) of respondents stating there was some diversity on their boards, but not enough. Diversity was more of a priority for leadership teams than non-executive directors, and more than half (54%) of all those questioned said their executive teams lacked a broad diverse mix.

Companies fell into two broad categories in the report, diverse and non-diverse. Tellingly, organisations with greater diversity among board members were more likely to seek diverse hires at leadership level.

They also saw Covid-19 as an opportunity to increase diversity and reset businesses aims, unlike those from non-diverse companies. The stark contrasts between those improving their diversity in recruitment and the laggards showed the gap between the two was widening and will continue to do so unless attitudes and actions change.

By analysing the companies that are improving diversity in their recruitment patterns, BoardEx and Odgers Berndtson identified some of the most effective measures for driving change. “The research shows that greater recruitment success involves engaging with I&D membership organisations, having selection criteria that include an understanding of I&D, and measures to reduce bias in recruiting for board and leadership team positions’’ says Dominick Sutton, head of data science at BoardEx.

The survey revealed around two-thirds of organisations had anti-bias measures in place when hiring for boards and leadership roles, but not enough were engaging and partnering with diversity organisations. Another effective tactic was clear communication with employees about I&D initiatives, especially anti-bias measures.

“The need to ensure all staff are fully aware of anti-bias measures in leadership recruitment is essential to a successful I&D programme and transparent communications should be conveyed to staff as a matter of urgency,” says Lori Kohn, chief HR officer at BoardEx. Making sure employees know about I&D efforts, what the company strategy is and how the organisation is promoting anti-bias initiatives are all essential for building an open, healthy culture.

Diverse organisations also show a willingness to broaden the requirements for background experience to attract more diverse talent. Given that one of the biggest barriers to I&D progress at leadership and board level was shown to be a lack of diverse candidates in the pipeline, this is vital to improved outcomes.

Odgers Berndtson points out that making roles more appealing to a wider pool of candidates requires a good understanding of the search process. For example, changing the language used in job descriptions, and adapting the parameters of the roles to attract candidates with caring responsibilities, can help to improve the diversity of applicants for a role.

The business case for a diverse workforce is well known and compelling. McKinsey’s 2020 report Diversity Wins revealed that in the case of ethnic and cultural diversity at executive level, top-quartile companies outperformed those in the fourth quartile by 36% in profitability, and similarly by 25% on gender diversity.

The Chartered Institute of Personnel and Development (CIPD) describes an effective I&D strategy as one that goes beyond legal compliance and adds value to an organisation, contributing to employee wellbeing and engagement. It points out that a diverse workforce is more likely to contribute to the development of new products or services, open new market opportunities, and improve market share and broaden an organisation’s customer base, than those that are less diverse.

Staff retention is another important factor. The report flags up the practical element of achieving and maintaining good diversity levels in organisations not only to attract staff—particularly young candidates, who want to work in companies that reflect wider society—but to retain them. The economic benefit of staff retention is also key, avoiding the time and expense incurred through employee turnover.

The compelling research data and guidance show the way forward and that action on shifting the balance on diversity can no longer be put off.

“Achieving truly diverse boards and leadership teams is a strategic imperative all organisations need to work towards,” says Kester Scrope. “But it’s a challenge that requires an exceptional level of commitment and effort. This report provides clear insights into the measures that can be implemented and the actions that can be taken to help organisations make diversity at the top table a reality.”

This article has been produced in partnership with leadership intelligence company BoardEx. Read the full UK Leadership Diversity Report.