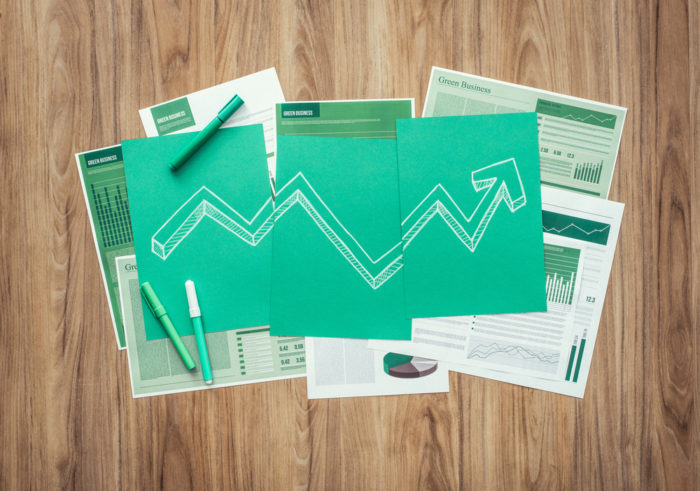 It is now de rigueur for for any company seeking to respond to the urgency of climate change and the imperative of responsible business conduct to pledge to “serve their stakeholders”.

The European Union made a major contribution to advancing the concept of “stakeholder capitalism” by making the requirement for companies to be “stakeholder-oriented” one of the six key principles guiding rules for non-financial corporate reporting.

Stakeholders were even the central theme of this year’s World Economic Forum event in Davos, with a manifesto which stated: “the purpose of a company is to engage all its stakeholders in shared and sustained value creation.”

Even US corporations promised “a fundamental commitment to all stakeholders” in last year’s Business Roundtable statement from nearly 200 CEOs.

But the real difference in Europe is that, following commitments made by European Commission vice-president Valdis Dombrovskis earlier this year, Europe has a genuine roadmap to implementing the transition to stakeholder capitalism.

This year’s review of the EU Non-Financial Reporting Directive and concurrent moves to establish standards for business to report their ESG (environment, social, governance) impact provide a huge opportunity to take the next step.

Further opportunities to challenge the now outdated concept of shareholder primacy will come in later European corporate governance reforms too.

As a rapporteur with responsibility at the time the original Non-Financial Reporting Directive was agreed, it could be said I am myself a stakeholder in how it is changed. But it is clear to me that business attitudes have fundamentally changed in subsequent years, and I am an enthusiastic advocate for that shift to be embraced in updating the legislation.

Commitments in Brussels to an EU Green Deal and for sustainable finance aspire to continent-wide climate neutrality, based on an entirely new growth model.

The rapid transition from non-financial business concerns about the risk of health pandemics, to Covid-19 having critical financial consequences, shows companies are no less challenged by social as well as environmental change.

It is inconceivable that Europe can achieve its goals without a step-change on how business measures, manages and is held to account for its role in the transition.

The Alliance for Corporate Transparency is currently working on a multi-stakeholder initiative to seek to build a consensus position around aspects of the reform—a project co-ordinated by international law firm Frank Bold.

There are many questions to be answered. How should the concept of “double materiality” be defined, for companies to report both on their own financial risks stemming from sustainability issues, as well as on the impacts companies pose to society and the environment? Which issues and what metrics should be specified in legislation or in EU standards? Or should the way companies determine the issues which are material to their business model be mandated instead? How can companies be enabled to report more on the outcomes of their sustainability efforts and not only on their policies or general commitments to achieve them?

Our research on non-financial reporting by 1,000 European companies, published earlier this year, shows that four in five firms do not report targets on climate, human rights, and anti-corruption, the outcomes of policies with respect to these targets, or give specific information on the risks and impacts of their business activities.

It is too soon to answer all those questions now. Our work undertaking multi-stakeholder dialogue to develop consensus proposals will continue until the European Commission publishes formal proposals at the start of next year and beyond.

But what I have found curious, in contacts with around 150 companies since February, is that companies sincerely committed to the multi-stakeholder approach in their own corporate responsibility risk retreating back in to a “business-only” silo when addressing reform of the directive itself.

Although the European Commission’s public consultation closed only in June and the full results will not be known until the autumn, the initial feedback underlines this concern. Of 78 responses, nearly half came from businesses and business associations exclusively. Similar separate position statements come from investors, trade unions and NGOs, with little sign of any joint positions.

The ultimate disjuncture must be if those who produce reports do so with a totally different understanding from those who read and use them.

An appeal to business leaders

This is almost certainly not an issue of bad intent.

Many companies are leaving representations to sectoral or national business associations, typically because of time pressures, the exigencies of the current crisis and often that internal responsibility for the issue resides with public affairs functions less familiar with the new approach than their sustainability counterparts.

However, as someone who had responsibility for negotiating on sensitive issues when the directive was first agreed, I don’t want us to return to polarisation between companies and their stakeholders, which had marked the years beforehand and held back a genuine consensus on how to tackle the challenges of business sustainability.

Already I am pleased to report that around 30 companies Europe-wide have undertaken detailed engagement with the Alliance project about our proposals, including ING Bank, Maersk, Novartis, Novo Nordisk, SAP and Schneider Electric.

But my appeal to all in leadership positions within companies is to recognise that Europe’s new commitment on non-financial reporting is a potential watershed moment in worldwide efforts to bring standardisation to ESG reporting, enabling business to apply human rights principles and meet commitments to the Paris Agreement and Sustainable Development Goals.

This is not just one more issue requiring lobbying about potential regulatory impact. It is precisely about advancing the new notions of purposeful business serving stakeholder interests, which have been so widely espoused.

On this issue, at this time, do not leave your stakeholders behind.

Richard Howitt is senior associate at Frank Bold, based in Prague and Brussels, former European Parliament rapporteur on corporate responsibility and chief executive officer at the International Integrated Reporting Council.