The World Economic Forum event at Davos has embraced the debate over stakeholder capitalism, as businesses and regulators seek to create long-term value. 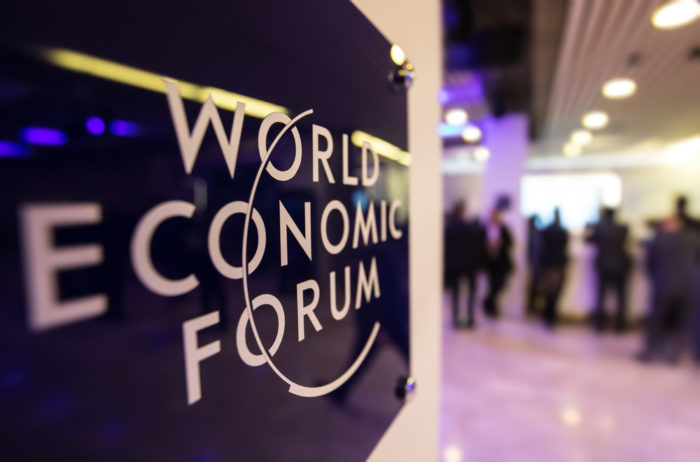 Like it or not the debate about “stakeholder capitalism” is coming to dominate discussion of big business around the world. Further evidence comes at this year’s World Economic Forum (WEF) gathering in Davos, which proudly sports the sub-title: “Stakeholders for a Cohesive and Sustainable World”.

That is not the only evidence, of course. Stakeholder proponents have been around for decades. Indeed, Klaus Schwab, founder and executive chairman of the WEF, says he was discussing the idea half a century ago. The idea, however, has taken some time to take root.

Why might that be so? For one thing it’s more complicated than “shareholder” capitalism with its concise message that the mission of business is to maximise profits for the good of owners (shareholders).

This model, spelt out by Milton Friedman and thereafter placed on the high altar of business as an immutable principle, has slowly been undermined by the 2008 financial crash and the realisation that the environmental crisis means raw, unmitigated capitalist business activity cannot continue because of dwindling natural resources. The planet can only provide so much before it ceases to be a viable place to live or make a decent margin.

But what is stakeholder capitalism? Perhaps Peter Brabeck-Letmathe, chairman emeritus at Nestlé, puts it best. In an interview with the WEF, he says stakeholder capitalism means “business policy needs to create value for the many people, resources and communities it impacts,” not just shareholders; businesses of tomorrow must add value for “employees, our community, and to another important stakeholder… planet Earth.”

According to Brabeck-Letmathe: “We must realise it’s stupid to convert nature into cash and then use the cash to try to repair the damage we’ve done to nature. We must develop business policies that take into account the health of our natural world and a sustainable approach to using our planet’s resources.”

But why now? Schwab puts a lot of it down to the “Greta Thunberg effect”. That may explain much of it but there are also other reasons. Values among young people changed. They don’t want to be employed by, or buy from, companies that appear to have no other aim than maximising profits. There is also a growing understanding among business leaders that long-term success is linked to the lives of customers, employees and suppliers.

Schwab believes the secret to making the move to a stakeholder model is not only principles—the WEF published a new Davos Manifesto this year for those keen on immersing themselves and their companies in the stakeholder movement—but also metrics.

The world needs a measure of “shared value creation” which includes environmental, social and governance goals. There is work under way on this in many places.

Another metric in need of reform, according to Schwab—and an old bugbear—is executive remuneration. Currently, pay is mostly based on “shareholder interests”. In the future, writes Schwab, “salaries should instead align with the new measure of long-term shared value creation.”

Elsewhere, there are differing beliefs as to whether the stakeholder model will have any appreciable effect on the climate.

According to Addisu Lashitew, a fellow at the Brookings Institution, a Washington research organisation, the stakeholder model faces three challenges. First, he agrees, measurement and metrics are an issue to be resolved. Second, stakeholder capitalism is really hard to manage: capital is mobile, communities are not; should multinationals favour their home communities or those in other countries where they operate?

Lastly, is the governance issue. Latishew argues that even if corporates around the world voluntarily go for broke with stakeholder models, are the current governance frameworks enough to hold companies to account?

“Stakeholder capitalism thus requires a fundamental rethinking of corporate governance systems and legal frameworks,” Latishew writes. “As business titans at Davos debate the bests ways of infusing business with purpose, regulators and lawmakers will have to work out the legal mechanisms that hold managers accountable to this renewed corporate mission.”

In the UK a refreshed corporate governance code has already provided the country’s governance watchdog, the Financial Reporting Council, with ammunition to call out companies on their attitudes to key issues like purpose and culture. “Too many companies substituted what appeared to be a slogan or marketing line for their purpose or restricted it to achieving shareholder returns and profit. This approach is not acceptable for the 2018 code,” said its most recent report.

Latishew notes that proposed US legislation—the Accountable Capitalism Act—from Elizabeth Warren, a contender for the Democratic Party’s presidential nomination, will place a legal obligation on company directors to “consider the interests of corporate stakeholders.” That’s likely to present boards with a transformation in legal priorities.

In the UK, board members now have to report on how they fulfilled their section 172 duties (the list of legal obligations they should meet as directors) but there are those who argue the duties should be rewritten or extended “so that directors have a duty to promote the long-term interests of employees, customers, the environment and the wider public”.

Elsewhere, academics have argued for a transformation of corporate governance. In November, Oxford University professor Colin Mayer proposed a new set of principles for companies which included legal reform to place “purpose at the heart of the corporation and require directors to state their purposes and demonstrate commitment to them”.

No longer a talking point

What do we learn from all this? The stakeholder model for corporations and capitalism isn’t easy. If it is to take root among corporations, it may well require big changes, not only in corporate behaviour but in the legal, regulatory and governance frameworks that underpin the way corporations are run.

As attention remains on the environment and the role of business in helping save the planet, we can expect attention to remain on the stakeholder model and its requirements. This doesn’t look like a fad.

Davos may have given us Donald Trump calling environmentalists “prophets of doom” (one way to distract attention from the impeachment process back home), but it also offered this insight: stakeholder capitalism is no longer a talking point but a force in the world of business. It may yet bring about significant change in governance systems around the world.