Only 25% of people polled believe capitalism “ensures the greater good of society”, with 80% saying the pandemic has revealed “acceptable and unacceptable corporate behaviour”. 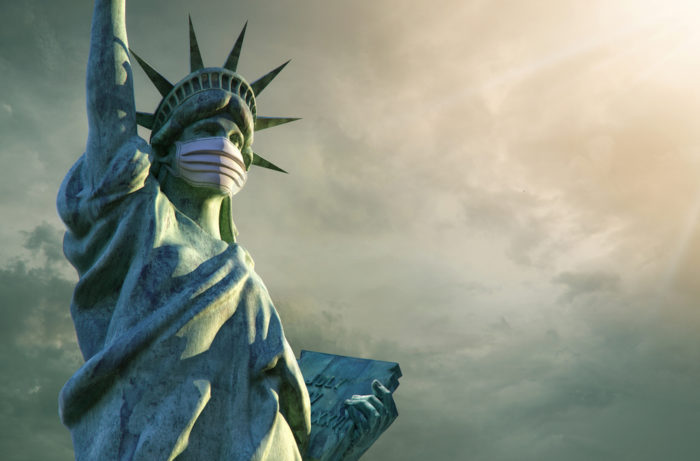 Capitalism is at a crossroads in the US, with almost nine out of ten people wanting large corporates to concentrate on serving their workers, customers, communities and the environment, according to new research.

The survey, undertaken by not-for-profit organisation Just Capital, looked at public responses to US companies following the Covid-19 pandemic—a crisis that has so far claimed more than 100,000 American lives.

It found that only 25% of those polled believe capitalism “ensures the greater good of society”, while only 29% could say capitalism produced the kind of society they want for the next generation. A total of 80% say the Covid-19 pandemic has “opened their eyes to acceptable and unacceptable corporate behaviour”.

And in comments reflecting sentiments publicly expressed during the current Black Lives Matter protests, Just Capital added that business “must play a key role in protecting the public”—especially ethnic minority Americans, who have been particularly vulnerable during the crisis.

“These views from the public provide a roadmap to how we can reset capitalism to truly serve all Americans, and build a more equitable society for tomorrow,” said Just Capital.

The results will present a considerable corporate governance challenge to companies in the US where there is a vigorous debate over increasing demand for big business to be more “purposeful” or driven by “stakeholder” interests instead of shareholders.

The findings echo other conclusions. Last week the Sustainability Board Report (SBR), another not-for-profit, said it had found firm evidence that a shift towards “stakeholderism” is under way, with 37% of the world’s 100 largest firms revealing “specific corporate action” to respond to stakeholder interests since the advent of Covid-19.

The SBR said there is “strong evidence to suggest that the pandemic has accelerated a shift away from a world of shareholder primacy to one of stakeholder pluralism”.

When Edelman, a global communications consultancy, published its 2020 trust barometer, it revealed that 56% of those polled believe “capitalism does more harm than good”. In other findings, 87% said stakeholders were more important than shareholders to long-term company success.

Much has been made of last year’s statement by the Business Roundtable, a club for the CEOs of the largest corporates in the US, indicating a shift from shareholder to stakeholder priorities. However, members of the group—among them Amazon and BlackRock— have since then been challenged to live by the principles they signed up to.

Writing for the Harvard Law School Corporate Governance Forum, Sanford Lewis, director at the Shareholder Rights Group, a group of US investors, said the pandemic will be a “litmus test” for the Roundtable to live up to its principles.

But he also wondered whether US corporates need a new set of “rules and concepts” for stakeholder governance. One route may be to allow employees on boards. Another route may be turning corporates into “benefit companies”—a suggestion also made in a previous post by governance experts. Disclosure of performance against environmental, social and governance metrics is another way to go.

Lewis wrote: “In the pandemic recovery process, stakeholder governance vehicles will likely garner new consideration in boardrooms, investment houses, union halls, civil society, and legislatures. There may be an opportunity for companies to unify their stakeholders to invest in the company’s long-term survival and to pull together through this crisis.”