Research from the Sustainability Board Report finds the crisis is highlighting the way business “depends on the collective support of society”. 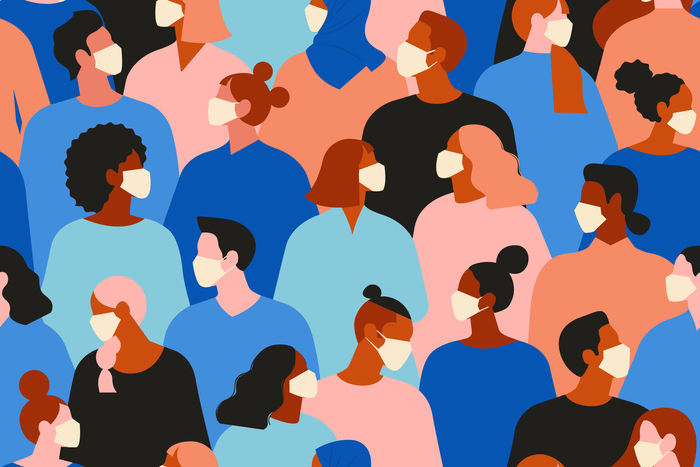 There have been many claims that stakeholder capitalism is the future for business, particularly since the beginning of the Covid-19 crisis.

But one group says it now has evidence that stakeholder priorities are beginning to take root, driven by the pandemic. The Sustainability Board Report (SBR), a not-for-profit campaign group, has looked at disclosures from the world’s largest 100 companies to find examples of stakeholder-led decision-making. The report says it found good evidence that a shift towards “stakeholderism” is under way, with 37% of the firms examined revealing “specific corporate action” to respond to stakeholder interests since the advent of Covid-19.

Caution is needed here. The group has no pre-pandemic data for comparison. However, it remains confident that its findings reveal pro-stakeholder moves that were non-existent until recently.

“This is unlikely to have been the case six months ago,” the report says, “and is strong evidence to suggest that the pandemic has accelerated a shift away from a world of shareholder primacy to one of stakeholder pluralism.”

The SBR looked at policies disclosed affecting employees, customers, suppliers and community. The biggest pandemic response appears to have been directed at communities, with 71% of firms disclosing specific action. Johnson & Johnson, for instance, announced a $300m programme aimed at frontline workers.

Customers were the next largest group to receive support, from 37% of firms; employees from 28%; and suppliers seemingly receiving scant support from just one in ten (11%) of the companies checked.

A move to stakeholder thinking has been much debated in recent years, especially since the financial crisis of 2008. Historians of corporate governance point out, however, that it has been around since it was spelled out by Adolf Berle and Gardiner Means in their 1932 book The Modern Corporation and Private Property.

The ideas there failed to find permanent purchase in corporate thinking, but recent months have seen the topic propelled to prominence once again. Last year saw the Business Roundtable, a club for the biggest US companies, including Amazon and BlackRock, throw its weight behind stakeholder business. This year the World Economic Forum themed its annual conference in Davos around the need to embrace stakeholders.

There has even been much speculation that Covid-19 would do much to give the movement energy, given that shutdowns and infection caused companies to reflect much more about their relationship with employees, customers and the wider public. In March, Harvard professor Bill George wrote in Fortune magazine: “If there is any consequence resulting from the Covid-19 pandemic, it’s the acceleration of the shift to stakeholder capitalism away from companies’ singular emphasis on shareholders.”

George added that “…the economic harm caused by the pandemic has shifted the pendulum further toward the multi-stakeholder model, as the importance of employees and customers are brought into sharper focus.”

Stakeholder capitalism is not without its critics. Writing for Forbes magazine in January this year, Steve Denning argued that in giving companies multiple interests to serve, stakeholder capitalism fails to give managers a “true North” to follow in their decision-making; there are simply too many conflicting interests to resolve. This results in “garbage-can organisations” he wrote, or “organisations that couldn’t make up their minds”.

“When the top management itself was unclear as to its priorities among the different stakeholders, then the risk of confusion increased exponentially, ” he wrote.

The SBR report acknowledges criticisms, but says some at least are answered by the new evidence.

Steve Denning’s “no true North” is a “misconception” countered by Covid-19, says the report, “highlighting the way business depends on the collective support of society, especially its stakeholders”. The shareholder model is “inadequate in navigating crises of this complexity,” the report concludes.

However, the SBR concedes that the data may support one claim that companies cynically use stakeholder capitalism as a PR tool to help cover business as usual. The fact that employees and communities are the greatest focus for “stakeholder” policies means companies could be using it to cover their concern with “perception and reputation”.

“One could conclude that some companies continue to pay lip service to stakeholderism while fundamentally maintaining a short-term profit orientation,” it says.

Evidence may be building but there is some way to go before it can be said that stakeholderism is a permanent fixture of business. Agitation by investment managers may help, but many managers will struggle to see how they will juggle conflicting interests.

That said, the confluence of drivers is perhaps greater now than at any time since the end of the Second World War. More recently, stakeholder capitalism was—and remains—part of the fight against climate change. Business will be called upon to remain at the forefront of that campaign until long after Covid-19 is under control. Stakeholder capitalism is likely to remain a focus of that effort.