Some governments, especially those led by women, have dealt with the pandemic better than others. So what can Covid-19 teach us about leadership? 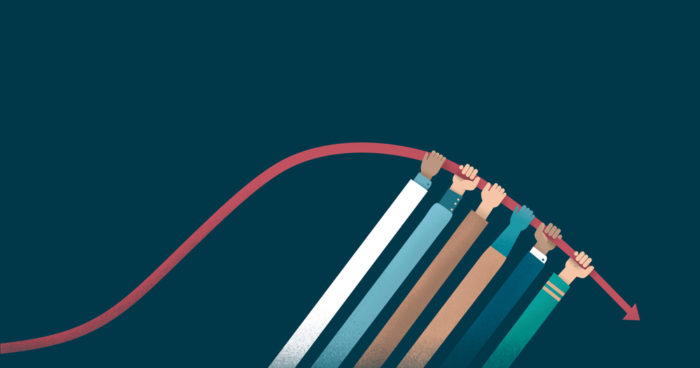 By now you will have seen, perhaps on a daily basis, statistics and charts tracing the state of the Covid-19 outbreak. Confirmed cases, recovered cases, active cases, deaths, the infection curve… the list goes on. The data provide a snapshot of how nations and regions are faring in the once-in-a-century pandemic. A closer examination, however, throws up questions about how well the numbers reflect reality. Getting a better grasp of what the data do and don’t show would help us draw better conclusions and lessons.

To the uninitiated, the sheer wealth of global data, collated and published daily by governments as well as institutions such as the World Health Organization and Johns Hopkins University may lend itself credibility. But factor in administrative inadequacies and political exigencies and the credibility falters.

The data collected around the world also suffer from a lack of standardisation. Take the number of deaths. In several countries, like the UK in the first months of the outbreak, only patients who died in hospitals are included, while deaths in old-age care facilities or private homes are not. Determining whether a patient died from or with Covid-19 further complicates the interpretation of mortality figures, especially given that the majority of the deceased were elderly and suffered from pre-existing conditions.

It is also difficult to gauge the level of infection based on the data, since the will to test, testing capabilities and testing criteria vary across countries. Limited testing inevitably uncovers fewer cases and, in turn, fewer reported deaths. This might explain why some lower-income countries with fewer tests done and less-equipped health systems show very low levels of infection compared with developed countries.

National-level reporting of the outbreak, meanwhile, obscures the impact of the virus on densely populated, cosmopolitan megacities such as New York and Wuhan, even as it leaves other regions in the same countries relatively unscathed. In Singapore, rampant spread of the virus in crowded dormitories for foreign workers has ballooned the city-state’s overall infection numbers even though the outbreak in the rest of the population has largely been brought under control.

Despite the inadequacies of the data, it is worth examining the reasons for the large variance in outcomes across different types of governments, using statistics on confirmed cases and deaths per million population. Many factors can be considered: the political system and social trust, recent history, geography and climate, population size and demographics, international connectedness, and so on.

Take the type of government. China’s authoritarian regime was able to handle the crisis quickly and efficiently with a draconian lockdown. Similarly, Vietnam, Turkey, Iran and Saudi Arabia look rather good so far in comparison with liberal Spain, Italy, UK, France and Switzerland. It does not necessarily follow though, that authoritarian governments are better at dealing with a pandemic. The democratic governments of South Korea, Japan, Australia, Thailand and Israel have done well in terms of number of cases and deaths.

In New Zealand and the Nordic and Baltic countries, trust in political leaders likely contributed to widespread co-operation with early, government-mandated lockdowns

Trust in the government and society (“We are all in this together”) may be another underlying factor. Most of East Asia, including Taiwan and Hong Kong, have controlled the outbreak well. Entrenched Confucianism in this part of the world could account for the people’s readiness to accept limitations on many aspects of their life. Meanwhile in individualism-oriented New Zealand as well as the Nordic and Baltic countries in Europe, trust in corporate governance and political leaders likely contributed to widespread co-operation with early, government-mandated lockdowns.

China was the first country affected by the virus and took action. Other East Asian countries followed almost immediately. The laggards of the West missed the opportunity to learn and act quickly when Covid-19 appeared on their doorstep. Any epidemic or pandemic expands exponentially, which means that any day lost makes it increasingly difficult to slow down and stop the spread. Speed became an important success factor. It requires an efficient and reliable information system, firm decision-making, as well as professional implementation and control. Europe, let alone the Americas, lost time. Higher numbers of cases and deaths are the result.

It is interesting that a major 2019 study by the Johns Hopkins Center for Health Security and The Economist Intelligence Unit on governments’ preparedness in handling infectious disease outbreaks named the US and UK as the two best-prepared countries. China was ranked 51st. Even the most dispassionate observer must be stunned by that study now.

The OECD defines government competence as the capability to manage vertical and horizontal integration and implementation. This is a very administrative perspective, difficult to evaluate in general, and probably impossible internationally. And it leaves out leadership, perhaps the most important criterion of all.

So far, five governments stand out for their overall effectiveness in dealing with the Covid-19 crisis: New Zealand, Taiwan, Hong Kong, Germany and Norway. As of 21 May, all five had registered fewer than 100 deaths per million population. What do they have in common? All five are led by a woman.

Norway, like Denmark, Finland, Iceland and Sweden, belong to the group of Nordic countries. Four of the five registered well below 100 deaths per million population. Sweden, in pursuit of the risky strategy of herd immunity, had almost six times the number of deaths relative to country size. Sweden has a male prime minister. The governments of the other four countries, all doing well, are led by women.

By contrast, the US and UK have some of the highest numbers of confirmed cases and deaths per million people. They may soon be joined or overtaken by Russia and Brazil, going by the trajectory of the pandemic in those two countries. All four countries are led by alpha males, who in the words of my colleague Manfred Kets de Vries, are often hardheaded, opinionated and intimidating.

These are surprising findings. The analysis compares eight female political leaders of successful countries with four male leaders heading countries that have so far mishandled the coronavirus threat. But the analysis suffers from the small size of the sample and would not pass strict academic requirements. And leadership is only one criterion among several other variables, although it appears to be a very important one.

Risk-averse leaders will explore the situation carefully, seek advice and build consensus both within the government and society

However, research has not found any robust evidence of real differences between male and female leadership. Only gender-specific expectations exist, based on stereotypes which in turn influence leadership styles. Surveys of leadership styles have carefully avoided labelling a given behaviour as male or female. Aggressive individualism, for example, is differentiated from caring social responsiveness, but not necessarily linked with gender.

In terms of risk taking, however, women are perceived as more risk-averse than men. The four alpha-male leaders have proclaimed the virus as either irrelevant or easy to stamp out, or both. Such bravado may be successful in times of war or natural disasters. Risk-averse leaders, on the other hand, will explore the situation carefully, seek advice and build consensus both within the government and society. This results in a very different style of decision-making and communication.

The response to Covid-19, the greatest threat to humans in our time, requires complex co-ordination and multi-dimensional actions. Data show that female leaders have done a better job. Or at least that the style ascribed to alpha males renders them unsuitable for the task.

Hellmut Schütte is emeritus professor of international management at INSEAD.