More than half of anti-bribery and corruption procedures and 40% of risk assessments examined by consultancy GoodCorporation were rated “inadequate”. 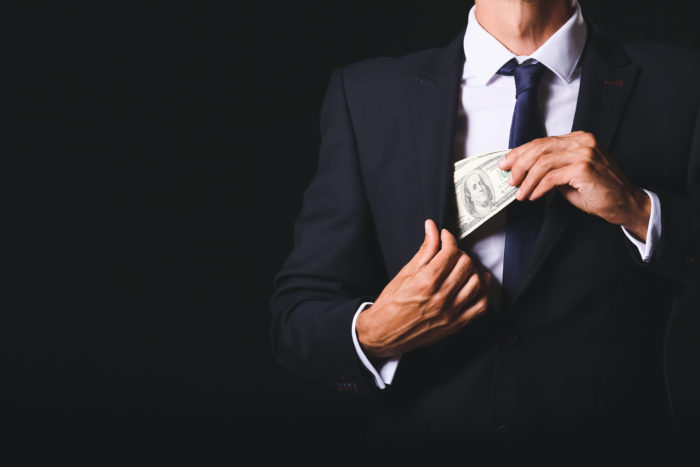 Last week the Swedish telecoms giant Ericsson was fined an eye-watering $1bn by US enforcers to settle bribery and corruption charges.

A statement from the US Department of Justice (DoJ) said the arrangement resolved an investigation into a company scheme to “make and improperly record tens of millions of dollars in improper payments around the world”.

The report said the findings suggest that many companies are leaving themselves open to bribery allegations and, as a result, prosecution.

The UK Bribery Act came into force in 2011. That improvements to risk assessment procedures should stall just four years later would suggest critical issues with how the problem is viewed by corporates. Companies accept they face risks, then take little action to confront them, according to Gareth Thomas, a director at GoodCorporation.

With little effort to identify where or how bribery and corruption risks might occur, steps to prevent corruption are “effectively compromised from the start,” said Thomas. Companies don’t appear to know what they are doing, he added.

Due diligence hits the buffers when it comes to third parties. It’s not as if companies lacked case studies to use. Headlines in recent years have been filled with accounts of how companies such as Rolls-Royce have fallen foul of the law. After a four-year investigation, Rolls-Royce paid £497.25m to settle its corruption case with the UK’s Serious Fraud Office (SFO), as well as authorities in the US and Brazil.

The key to due diligence of third parties, according to Thomas, is to avoid targeting too many.

“The best strategy is to start by identifying the entities that pose the greatest threat, taking a risk-based approach which will ensure that anti-corruption due diligence is proportionate and manageable,” he said.

GoodCorporation’s conclusions are in tune with research conducted by the University of Manchester and the law firm White & Case at the end of last year. The global survey found nearly a third—29%—of employees said their companies either had no bribery and corruption policy or they didn’t know if it did. A total of 48% of respondents believed that people who paid bribes on behalf of their companies would be rewarded internally, with promotion one of the likely benefits.

If employees generally believe that bribery and corruption pays, that presents rule-makers and business leaders with a difficult challenge.

The report argues more needs to be done to convince employees that the consequences of bribery and corruption can be severe and that powers for investigators and prosecutors have been beefed up in many jurisdictions around the world.

Dr Nicholas Lord, a professor of criminology at the University of Manchester, said: “With a raft of new legislation designed to tackle white-collar crime and extended powers awarded to regulators and law enforcement agencies globally over recent years, companies need to pay more attention than ever to ensuring internal compliance and systems are robust.”

When Ericsson reached its settlement, the company’s president and chief executive, Börje Ekholm, said: “This episode shows the importance of fact-based decision-making and a culture that supports speaking up and confronting issues.”

Culture is critical, but if GoodCorporation’s research is correct, too few companies have put it to use. Ericsson’s experience should serve as a warning.