Engineering company reaches agreement with the Serious Fraud Office, the US Department of Justice and Brazil’s Ministério Publico Federal. 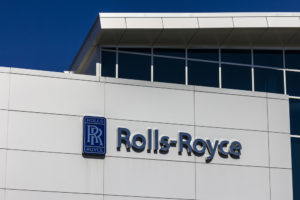 Rolls-Royce has revealed it will pay £671m to investigating authorities around the world in relation to bribery and corruption allegations.

The settlement includes £497.2m to the UK’s Serious Fraud Office (SFO), described in reports as the largest fine ever paid by a UK company. Rolls-Royce will also pay $169.9m to the US Department of Justice and $25.5m to Brazil’s Ministério Público Federal (MPF) .

Rolls-Royce said in a statement: “These agreements relate to bribery and corruption involving intermediaries in a number of overseas markets, concerns about which the company passed to the SFO from 2012 onwards.

“These are voluntary agreements which result in the suspension of a prosecution provided that the company fulfils certain requirements, including the payment of a financial penalty.”

The engine maker is returning to court today for final approval of a deferred prosecution agreement, which would confirm the arrangements. Settlement for the SFO is to be paid over a five-year schedule.

Rolls-Royce added: “Rolls-Royce will report full year 2016 results on 14 February 2017 and an appropriate update on the implications of these agreements will be provided at that time. Early indications are that the group has had a good finish to the year with both profit and, in particular, cash expected to be ahead of expectations.”