It is easy to see the tragic situation unfolding in Ukraine in terms of a failure of risk perception by both Russia and the West. 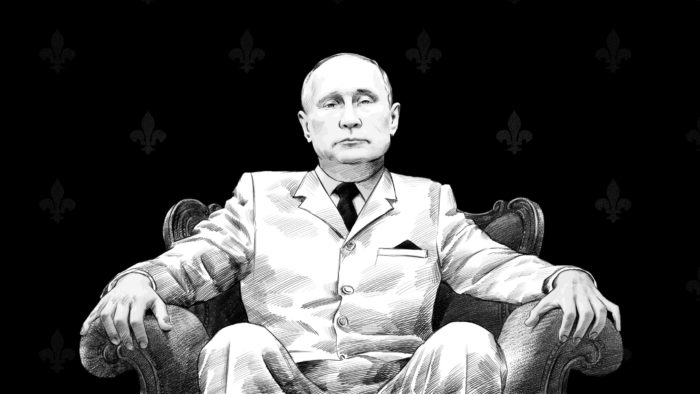 As someone who writes about risk blindness and risk denial, it is easy to see the tragic situation unfolding in Ukraine in terms of a failure of risk perception by both Russia and the West.

For 25 years Europe has failed to appreciate the way Russia saw the expansion of NATO, while over the same time Russia failed to see that Warsaw pact states prefer liberal democracy to affiliation with Moscow. Both sides showed arrogance in believing that their view would prevail.

Both sides showed arrogance in believing that their view would prevail

Since 1997 no fewer than 14 former soviet satellites have joined NATO as a defence against Russian aggression. Viewed from the Kremlin, this encroachment appears more offensive than defensive. It is doubly offensive in that it signals rejection of political or economic dependence on Moscow. At the fall of the USSR there was perhaps a little too much triumphalism in the West and insufficient sensitivity to how the remaining Russian state would react to the loss of its satellite markets.

The West was risk blind to signals such as the annexation of Transnistria by Russia in 1990 creating an independent enclave within the borders of Moldova, thus preventing Moldova from joining NATO. Acceptance of this unconventional status led the West to think Putin would be content to have the Ukrainian Donbas region form a similar buffer zone to prevent Ukraine joining NATO—but this was simply optimism bias by the West following assurances from Russia about its troop deployments.

The risk of failure

The invasion of Ukraine has come as a surprise to the West. But Putin, who has been in power since 1999, never accepted the loss of Russian influence within the Warsaw pact.

Putin sees Europe as the enemy because he feels surrounded and threatened by a NATO funded largely by a hostile US. He doesn’t want a united Europe, yet his actions are driving European states closer together to form a military defence. There is a feeling it is now time for Europe to stand for itself without US muscle.

Putin tells his domestic audience that Ukrainians yearn to be set free from a degenerate administration under American control, yet he is willing to use any force to subjugate them. He wants to clone Belarus and install a puppet like Lukashenko in other former Soviet states. If he succeeds in Ukraine he will move on to others, prepared to take on NATO if necessary to redraw the boundaries of greater Russia, a delusion of his own making. He is blind to the risk of failure because he has might.

How Putin should be made aware of his delusion is a question for other cooler heads in the Kremlin; but Europe must not underestimate the risk his expansionist thinking represents. History shows that dictators can be toppled—but it can get very messy.

Garry Honey is a writer on risk and uncertainty and is the founder of risk consultancy Chiron Risk.