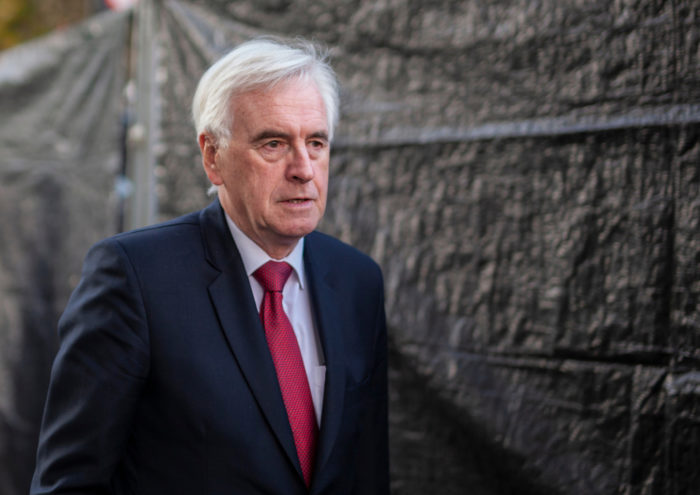 The UK’s general election campaign turned its focus on corporate governance this week, as the Labour Party announced its proposals for reform.

Shadow chancellor John McDonnell gave a speech listing a host of governance changes Labour plans if it wins when the nation goes to the polls on 12 December. Some of the policies have already been announced. Others are new and will take the business sector by surprise.

First is a rewrite of the Companies Act 2006 “so that directors have a duty to promote the long-term interests of employees, customers, the environment and the wider public”.

This responds to Labour’s conclusion that the “shareholder” model of governance has run its course and must be reformed.

The party has already announced that a third of board members would be workers, radically extending measures introduced in last year’s review of the UK Corporate Governance Code.

But Labour plans a further step by permitting listed companies to opt for a two-tier board structure, like their counterparts on the continent, with the introduction of supervisory boards.

Labour intends supervisory boards to be made up of “stakeholders such as customers, employees and long term investors”.

The party also plans a look at whether there are ways of encouraging long-term shareholding, such as the extra voting rights permitted in France.

Perhaps the next biggest proposal is a rewrite of the governance code to “set a minimum standard for listing related to evidencing the action being taken to tackle climate change”. Labour promises to delist companies that fail in their climate-related duties.

There will also be an “excessive pay levy” on companies and a new pay ratio limit of 20:1. McDonnell says companies with a lowest paid worker on £16,000 could have a chief executive salary of £350,000.

Auditors are not spared the Labour reform agenda either. The party proposes a new statutory auditor for banks and financial institutions; a five-year moratorium on an audit employee leaving and then joining a client; and auditor rotation every five years, a significant change on the current rule of ten-year rotations.

According to McDonnell: “Labour in government will institute a radical overhaul of UK company law and practice in order to bring about real change in the corporate sector.

“Our comprehensive reform programme will bring greater democracy, justice, and accountability to the world of business.”

He added: “This new architecture of corporate governance and regulation has the potential to lay the foundations of the successful dynamic economy we need, serving our whole community.”

At least one business group was underwhelmed by Labour’s proposals. Edwin Morgan, director of policy at the Institute of Directors (IoD), said that while there was scope for improvement, the UK governance system was widely admired around the world already and the Labour Party’s plans “jump to the most prescriptive and cumbersome end of the scale”.

He said a “successful” stakeholder model for business could not be achieved with a “top-down, regulatory approach”.
And he had a warning on tinkering with board structures.

“Some European countries prioritise two-tier boards, but it’s a question of different, not better. Increasing firms’ flexibility to take this approach is a reasonable step, but that doesn’t mean you can import a different business culture wholesale, or that supervisory boards prevent corporate failures.”

The IoD has been busy working up its own proposals for governance reform in the shape of the institute’s own manifesto. A list of ten priorities includes a new “code of conduct” for directors, delivering reform of audit regulation, and the introduction of a new independent governance commission instead go having governance overseen by a regulator looking at other issues.

“The new Commission would work with industry to create greater accountability and transparency of the UK’s corporate governance framework,” the IoD’s report says.

According to Dr Roger Barker, the IoD’s head of corporate governance, the election spotlight is “rightly” on the way companies are run and business leaders should do more to “regain public trust” and take public concerns to heart.

“Too often the debate around capitalism degenerates into simplistic binaries and slogans. We should be more ambitious, and explore new ways to combine the profit motive with social responsibility, to confront the challenges facing the economy, not least climate change,” said Barker.

Labour is not the first to tackle governance as an election pledge. Theresa May did likewise when launching her Tory Party leadership campaign in June 2016 and even pledged to introduce workers on boards, though this later became one option among three in the corporate governance code to improve stakeholder representation on boards.

Perhaps more significant is the way Democrat 2020 presidential hopefuls Elizabeth Warren and Bernie Sanders have both placed governance reforms at the heart of their policy offerings.

Warren in particular has made great play of bringing big business under greater control with draft legislation called the Accountable Capitalism Act.

She wants companies with turnovers of $1bn or more to seek a “federal charter” to trade which would involve considering “the interests of all corporate stakeholders, including employees, customers, shareholders and the communities in which the company operations.”

With Labour promising reform, trust in business still a key issue and some business groups believing improvements are possible, the future surely holds more change to the UK’s much vaunted corporate governance.