US senator Elizabeth Warren has proposed reform that would mean sweeping changes to governance and capitalism in the US. 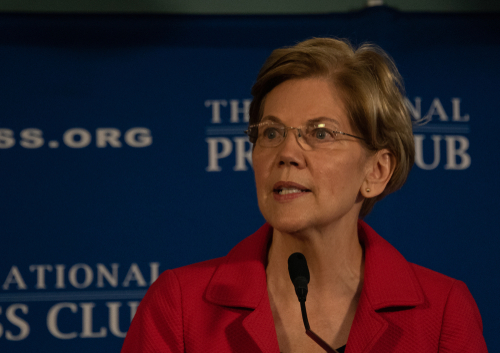 It’s probable that Senator Elizabeth Warren, author of the proposed Accountable Capitalism Act, does not think of herself as a socialist. A Democrat, yes. But socialist? Unlikely.

However, Warren has been accused of launching a socialist policy after suggesting significant reforms to US corporate governance which seek to change the way companies are instituted, make them accountable to a wider stakeholder group than simply shareholders, and introduce employees to boards.

The proposals came in August but since then the opposition has grown in intensity. It’s worth reviewing Warren’s ideas and the reaction.

Warren’s proposed shakeup for the law is aimed at one issue: shareholder primacy. In fact, Warren makes it the bȇte noir in Wall Street capitalism, claiming it as a major contributor to income inequalities. Castigating corporate America, she says boards are guilty of adopting the belief that their “only legitimate and legal purpose was maximising shareholder value.”

Warren writes: “…corporate America’s commitment to ‘maximizing shareholder return’ is a commitment to making the richest Americans even richer at all costs. There is an urgent need to return to the era when American corporations produced broad-based growth that helped workers and shareholders alike.”

Warren holds out Kickstarter, Patagonia and Danone North America as prime examples of the kind of responsible company she wants more of in the US.

She demands that US companies with annual turnovers of more than $1bn seek a “federal charter”.

But it comes with strings attached. Charter companies must pledge to “consider the interests of all corporate stakeholders, including employees, customers, shareholders and the communities in which the company operations.”

Warren also demands that boards must seek significant employee participation with 40% of members elected by workers, and a prohibition is proposed on the sale of all incentive shares within five years of issue. Board and shareholder approval must be sought for all political spending.

Lastly, a company found to have repeatedly broken the law can have its charter revoked, though time will be granted to resolve internal difficulties.

Warren holds out Kickstarter, Patagonia and Danone North America as prime examples of the kind of responsible company she wants more of in the US.

But much as UK Labour Party leader Jeremy Corbyn caused business leaders to choke on their cornflakes with proposals for mandatory partial ownership of companies by workers, Warren’s move has also provoked consternation among those for whom capitalism is an act of faith.

According to Jeb Hensarling, a Republican member of the House of Representatives: “Lest anyone question whether socialism continues its rise in the Democratic Party,” they should look no further than Warren’s legislative plan.

The criticism here (with a suggestion of Trump-esque hyperbole) is that Warren’s idea represents not only the imposition of “command and control” measures on the US economy but the “greatest expropriation of private property rights in our history”.

Hensarling also claims that employee representation is a slippery slope. “Does anyone doubt that 40% will soon become 51%?” Government, he says, will end up dictating corporate behaviour for “favoured stakeholders”. And it will all be a major turn-off for investors who are hardly likely to risk capital if they know they will lose control.

According to Skopos Labs, a research company, Warren’s proposals have only a 2% chance of being passed.

Elsewhere, the attack comes in a different form. According to Richard A. Epstein, a law professor at New York University, Warren’s measures fail because by her logic all organisations should include outside stakeholders on their boards, including unions who, perhaps, should allow bosses in their boardrooms. By extension: “Churches could be required to put apostates and atheists on their boards,” argues Epstein (though it is hard to see how apostates could claim to be stakeholders in a club to which, by their own act of conscience, they do not belong).

Epstein’s other claim is that, in any case, boards are interested in employee opinions, “but only by contract that decides who becomes a stakeholder and on what terms.”

And besides, writes Epstein, if it is such a good idea, surely someone would have done it already?

In truth, investors are concerned about Warren’s ideas. But they have also been moving in the same direction for some, and they could hardly be accused of being socialists. Fund managers like BlackRock have expressed concern that companies should focus on the long term and that boards spend more time considering wide stakeholders. Indeed, one fund manager in London, Hermes EOS, even advocates the inclusion of workers on boards. Investors have also increased their stewardship activities in recent years, which makes Warren’s effort to wrest away some of their control particularly painful.

Perhaps most confusing to investors, and others in the investment chain, is Warren’s characterisation of “shareholder return” as a dirty word. In many investment scenarios, the shareholders, or at least the beneficiaries of shareholders, are ordinary, working Americans and their pension funds.

“We need to understand that investors do have a social purpose,” one close observer of investor behaviour and governance told Board Agenda.

Elsewhere, others worry whether externally imposed governance measures carry the same weight as self-imposed change. Brett McDonnell, a professor at the University of Minnesota, is sympathetic to Warren’s motives and intent. Voting power for stakeholders, he argues, is a strong tool, but only if voluntary.

“Hostile managers will easily be able to comply with the letter but not the spirit of this proposed law,” says McDonnell in an article for the Harvard Law School Forum.

McDonnell suggests that companies should be incentivised to make the changes Warren seeks through tax reductions or “regulatory forbearance”.

Whatever the point of view, however, Warren’s chance of transforming the measures into law seem low. According to Skopos Labs, a research company, Warren’s proposals have only a 2% chance of being passed. The chances are slim.