A new stewardship code for investors seeks to answer criticism that it was too focused on policy with little attention to outcomes. 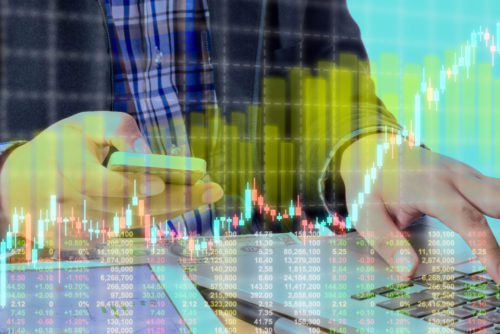 If you thought only companies were required to be clear about their “purpose”, think again. This morning the UK’s governance regulator has given fair warning to asset managers that they too will need to define what their “purpose” is when they make their investment decisions.

The news comes as part of the Financial Reporting Council’s (FRC) consultation on a new stewardship code for investors, a code that was recently described as failing.

“We believe the the changes proposed put [the new code] at the forefront of stewardship internationally.”

As well as purpose, the new code also asks investors to focus on environmental, social and governance topics. As a press notice says: “Signatories are expected to take material ESG issues into account when fulfilling their stewardship responsibilities.”

“It recognises the significant changes in the investment industry and stewardship landscape since the 2012 revision,” says Sir Win.

“It sets both higher expectation for stewardship practice and introduces more rigorous public reporting with a focus on outcomes and effectiveness. We believe the the changes proposed put it at the forefront of stewardship internationally.”

It was a review published in December last year by Sir John Kingman that levelled criticism at the stewardship code and called for a new regulator to replace the FRC.

The Kingman review set a bar on what a new stewardship code should achieve after concluding the existing code was “not effective in practice” and that a “fundamental shift” was needed so that it focused on “outcomes and effectiveness”, not dry policy statements. If “boilerplate” reporting continued coming from asset managers, the authorities should consider abolishing the code, he said.

“Asset managers have been clear that any new code should require signatories to report against actual stewardship activity, rather than just the policy that sits behind them…”

The new code asks asset managers to “regularly” report to clients on how they have “discharged’ their duties. Institutional investors should set out the reasons for active intervention at an investee company, and “regularly assess the outcomes of doing so.”

According to some, the new code should meet the needs of critics. The Investment Association (IA), a professional body representing asset managers, says the new code delivers on a need to deal with outcomes. Investors should also disclose publicly their voting records.

Andrew Ninian, stewardship director at IA, says: “Asset managers have been clear that any new code should require signatories to report against actual stewardship activity, rather than just the policy that sits behind them, and should also reflect the growing range of issues that asset managers engage on, such as diversity and ESG.

“The new proposed code recognises these key issues and provides a platform for them to be firmly embedded in the final version of the stewardship code.”

Elsewhere there was praise for the new code’s focus on accountability, in addition to disclosure. According to Fergus Moffatt, head of policy at ShareAction, a campaign group, the revised code has the potential to “boost effective stewardship.”

ShareAction is also happy that the new code makes explicit mention of ESG issues. But it wants investors to “consider how investments materially impact savers’ lives as workers, consumers and citizens.”

ShareAction says stewardship may therefore be a role for the FRC.

There are also concerns about the body proposed to replace the FRC—the Audit, Reporting and Governance Authority (ARGA)—and that it may be too close to investors given its role in policing audit and corporate reporting. ShareAction says stewardship may therefore be a role for the FRC.

That all adds up to a warm welcome. There may be more news to come on how the code will be enforced and by whom. For now however, stewardship appears set for a step change.

Consultation is open until 29 March.