Splitting the roles of CEO and chair may help companies prepare for future challenges and avert the risks associated with concentrating power in the hands of one individual. 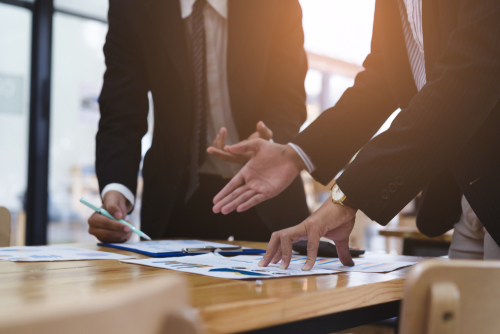 Having the right structure at the top of a company is crucial for its success. We at Legal & General Investment Management (LGIM) think that when a single person is tasked with exercising management duties and challenging management simultaneously, this inherently presents a conflict.

Separating two of the most high-profile positions in the organisation provides a balance of authority and responsibility that is both in the company’s and investors’ best interests.

Recent news stories have illustrated the importance of splitting the two roles. The arrest of Nissan’s chariman, Carlos Ghosn, who is also chair and CEO at Renault, has set alarm bells ringing over the future of the French car company and the Renault-Nissan-Mitsubishi alliance. Stakeholders have woken up —with a jolt—to how the board-level structure led to Ghosn playing a domineering role in the company and the alliance.

Elon Musk, chief executive of Tesla, has also been forced to step down from the chairman’s role. However, the move has come after a barrage of negative news stories, but we think it’s important for boards to be proactive, rather than to wait until the company is facing turbulent times to act.

We acknowledge that concentrating power in the hands of a single individual can be seen as an advantage for a company. It is thought by many to facilitate quick decision-making.

However, LGIM believes that, on balance, the perceived advantages do not outweigh the risks of such a structure, especially for large, complex companies. They include developing a board with an overbearing leader, absence of challenge, and poor diversity of thought.

Depending on how companies respond to our engagement, we will consider voting against the combined chair and CEO role in companies which do not agree to splitting the two senior roles when the next succession plan is put in place.

Separating two of the most high-profile positions in the organisation provides a balance of authority and responsibility that is both in the company’s and investors’ best interests. It helps to generate engaged, challenging—and sometimes even uncomfortable—dialogue. These kinds of board dynamics give us comfort that decisions are truly being scrutinised at the top.

LGIM has been engaging across the globe and voicing its concerns directly to companies for many years. And it seems that companies increasingly recognise the benefits of separation of the two functions. In 2008, just 39% of US boards were splitting the two roles compared with 51% in 2017 (Source: Spencer Stuart Board Index 2018—United States).

Currently, we at LGIM are reinforcing our engagement on the topic this year through an additional campaign in Europe. We are engaging with 14 of the largest French companies and three of the largest Spanish companies, representing a total market cap of €549bn, to encourage their boards to split the two roles when putting in place a new succession plan.

We ask for clear roles to be assigned to both the independent chair and the CEO. The CEO focuses on running the company’s business and executing the long-term strategy. The independent chair, along with the rest of the board, is responsible for overseeing the actions of management. Their role also involves board composition and succession-planning, performance evaluation of the board and managing dialogue with investors.

Companies often argue in our discussions that the presence of a lead independent director (LID) on their boards mitigates the negative effects of the combination of the roles of CEO and chair. LGIM acknowledges that they play an important role and expects all boards to include a LID; however, they cannot be substituted for the independent chair, as they have different and complementary roles and skill-sets.

Depending on how companies respond to our engagement, we will consider voting against the combined chair and CEO role in companies which do not agree to splitting the two senior roles when the next succession plan is put in place. In an evolving business environment, we believe that the roles of chair and CEO will increasingly differ. LGIM believes that two senior leaders with complementary but different skill-sets will increasingly be required to help meet the challenges of the future, and ultimately contribute to make our companies better.