Guidelines from investors, a Labour Party review and the arrest of Nissan’s chief executive have all put executive pay back in the headlines. 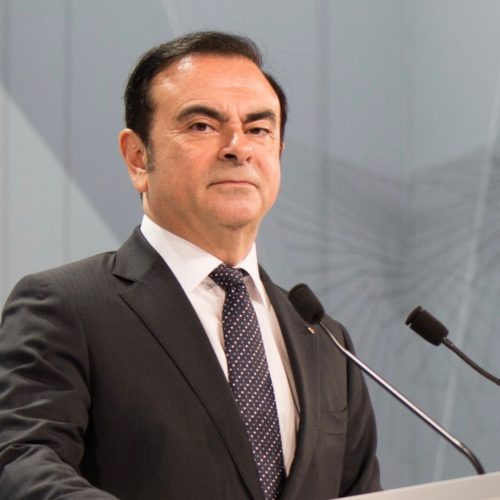 The media has just been through another executive pay frenzy. The Investment Association (IA), a body for investment managers, has issued new guidelines on pay which it wants implemented by companies; Carlos Ghosn, the feted leader of Nissan, has been arrested over undeclared pay; and the Labour Party has proposed radical new measures to curb remuneration levels of those at the top.

It seems the issue will not go away, and that investors, politicians and the public are as sensitive as they have ever been about the issues surrounding high levels of remuneration for executives.

This current raft of pay stories began on 19 November with the arrest of Ghosn in Japan, amid allegations of undeclared income. The arrest sent a shockwave through the auto industry and the executive community in Japan. Even now he remains in detention in Tokyo while an ongoing investigation continues. The authorities have until 10 December to bring charges or let him go.

While the allegations remain particular to Ghosn, they quickly raised wider issues in Japan on governance (did Nissan have enough independent directors overseeing governance arrangements?); and executive pay (do Japan’s companies look for ways to make CEO pay look lower than it really was because the authorities in 2009 ordered companies to publish details of CEO pay?). Both issues reflect a high degree of latent sensitivity over the subject of pay and how it is to be managed.

But amid the avalanche of news about Ghosn came an announcement from the IA revealing new pay guidelines, specifically because of investor “concerns that companies are not listening, or responding to, shareholders over pay.”

Dubbed the “Principles of Remuneration” they include more triggers for boards to claw back bonuses from executives, the adoption of pay-ratio reporting requirements, and a demand that directors hold their shares for a minimum of two years after their departure from a company to encourage long-term business strategies.

Andrew Ninian, director of stewardship at the IA, said that a “stubborn minority” of companies had failed to respond to shareholder concerns over pay, and issued a warning.

“Our strengthened guidelines make clear that companies need to demonstrate more robustly the link between pay and company performance. If they don’t, they should brace themselves for more shareholder revolts in 2019,” said Ninian.

“Too many companies still present investors their final pay policies with the aim of justifying their approach instead of really integrating investors’ views.”

Many were pleased to see investors increase the pressure over pay. Luke Hildyard, director of the High Pay Pay Centre, a think-tank, said the fear of CEOs walking because of a refusal to pay high rewards is overplayed.

“Companies are still overly cautious about challenging overpaid CEOs, in our opinion,” Hildyard said. “It’s prudent for boards to be worried about the risk of an executive walking out on the company if their pay demands are refused, and the market reaction to an abrupt departure. However, we think the likelihood of this happening, or of it having a dramatic effect on a well-run company, is smaller than suggested.”

Other investors welcomed the new principles but warned they would only work if actively supported by shareholders with their votes. Companies were also warned they need to get their heads around building investor views into pay policies, rather than trying to justify reward settlements after the event.

According to Marion Plouhinec, a governance analyst with Legal & General Investment Management: “These principles will only have real impact if investors effectively sanction companies using their voting power.

“Companies should check their remuneration policy against these principles. They should also consult investors. Too many companies still present investors their final pay policies with the aim of justifying their approach instead of really integrating investors’ views.”

But the new guidelines were not the end of the recent executive pay activity. Radical new proposals for curbing executive pay were revealed in a review commissioned by the Labour Party’s shadow chancellor, John McDonnell. The proposals include a ban on share options and permitting consumers, alongside employees, a vote on the pay company executives.

The review was inevitably attacked and described as “unprecedented and unhealthy” in one report. But the proposals do continue a current trend–one discussed even outside the Labour Party—of seeing business as having a “societal purpose” and accountability to a much wider group of stakeholders than simply shareholders. Even the recently revised UK corporate governance code explicitly states that a board’s role is to ensure “sustainable success”, “generating value for shareholders and contributing to wider society.” The new code also demands engagement with a wider group of stakeholders.

Labour’s proposals signal that it could go further than any other previous government with measures to formally regulate the pay of UK executives. The proposals are not yet Labour Party policy, but though they won’t play well in the business world, they may garner support from the wave of new party members who have joined the party since Jeremy Corbyn’s rise to the leadership.

What the past week indicates is that if boards fail to get a grip on executive pay, they not only face more investor revolts but also government legislation should Labour take power. The executive pay debate is still a long way from being resolved.