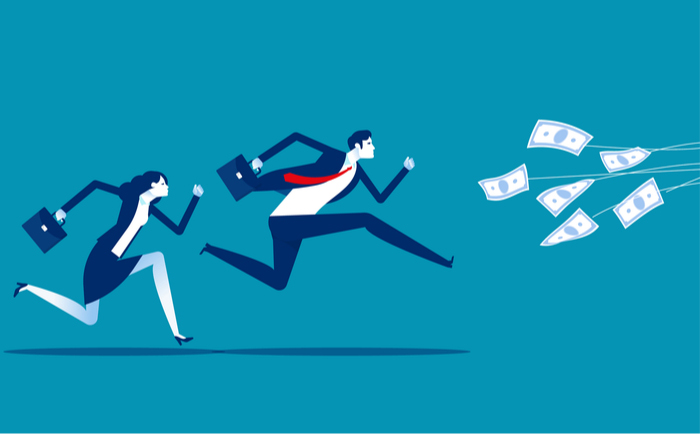 With a footballer, the results are clear. But top bosses and captains of industry are meant to meet all sorts of criteria to achieve their peak performance. Some of them are within their scope, and some plainly are not.

What does it mean for a remuneration committee to require a level of financial success when that global corporation is subject to the vagaries of international stock markets? It raises another question for me as to whether chief executives should be rewarded for being lucky and in the right place at the right time.

Similarly, bonuses which are awarded annually, often bolster the overall package with a hefty pay-out. If the pay-outs for incentive plans and bonuses are so predictable, it is worth asking whether the targets attached to them are challenging enough. Or are most bosses performing at their peak?

It is another conundrum for me in the whole landscape of performance-related pay, that the higher up the income scale you are, the more incentives and motivation you seem to require in order to do your job properly. Those on minimum wage and low incomes seem to be
motivated without the promise of a bonus or share donation.

In fact, most people don’t require additional incentive pay to go to work. And even the captains of industry who are awarded these huge benefits generally say that their motivation is not financial, but to build a company, leave a legacy and enjoy business success. Indeed, it is questionable whether investors would get the best outcome from someone who was purely motivated by money.

In any case, since incentive plans, share awards and bonus payments have become almost a guaranteed part of a chief executive’s pay package, are they sufficiently motivating? The High Pay Centre research also found that 36% of incentive plan pay-outs were either at zero or 100%, suggesting that the performance was outside the range set by the remuneration committee—either below the minimum target or above the maximum.

So, are these targets worth anything at all? And can remuneration committees see sufficiently far into the future to determine where the company might be and what is required to get it there over the course of a 3–5-year plan?

The right rate for the job

Much corporate success is driven by broad factors such as global business flows, world stock markets, fluctuating customer demand and supply chain issues—many of which are outside the control of any one person even if that person is the one receiving the multi-million pound package. What’s more, a chief executive is dependent on a whole team of people to achieve a good corporate outcome, even if they are the only one raking in the huge package.

What is wrong with paying our top bosses in cash like everyone else? It would make sense to do away with the fig-leaf of performance targets and just admit that this is the rate for the job. We could then have a sensible discussion about the right rate.

Performance pay serves to obfuscate the high pay issue by making shareholders think they are paying out for a certain level of achievement that is not always within the boss’s gift.

Let’s get back to basics, strip away the lucrative industry that exists around executive pay, and pay cash.

Deborah Hargreaves is founder and interim director of the High Pay Centre.