One of the UK’s biggest banks reveals an average gender pay gap of 60%, while the average bonus gap is 84%. 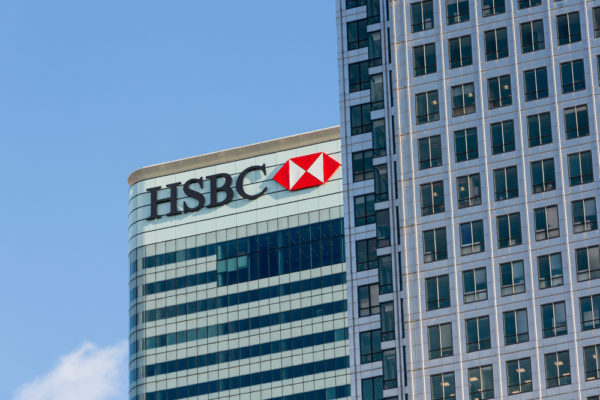 HSBC, one of the UK’s most prominent financial institutions, has published an average gender pay gap of 60%. The bank’s gender bonus gap is 84%.

The bank admitted that it had fewer women in senior leadership, even though women account for 54% of the bank’s UK workforce. Of the senior roles, 23% are held by women.

The pay gap was calculated based on hourly pay.

The difficulties of moving women into senior roles was further illuminated by HSBC revealing that two-thirds of employees in junior roles are female.

HSBC’s board is composed of 29.4% women. The proportion of women in senior roles at the bank globally stands at 26.8%, having risen year-on-year for the past five years.

HSBC noted that in 2017 the bank was included in The Times Top 50 Employers for Women list.

A report issued by the bank’s group head of HR, Elaine Arden, said: “While we are proud to receive this recognition, we recognise that that there is more work to do to address our gender balance at senior levels.”

The report concluded: “Improving the gender balance across businesses and levels of seniority is a priority and something to which the group management board is committed. We are making progress. Improving our gender balance will take time and require sustained focus over the long-term.”

HSBC highlighted the actions it is taking to tackle the gender pay issue. Among the initiatives, chief executive John Flint has signed up to a target 30% of senior roles being held by women by 2020; the bank will request gender-diverse shortlists for external recruitment; and inclusivity objectives have been integrated into HR performance scorecards.

The bank will also address the gender balance in graduate recruitment and has signed up to a number of projects to support the development of female managers.