Policymakers believe that investment institutions can be persuaded to take a greater role in corporate governance. But do they really possess the willingness and capacity to embrace their stewardship role? 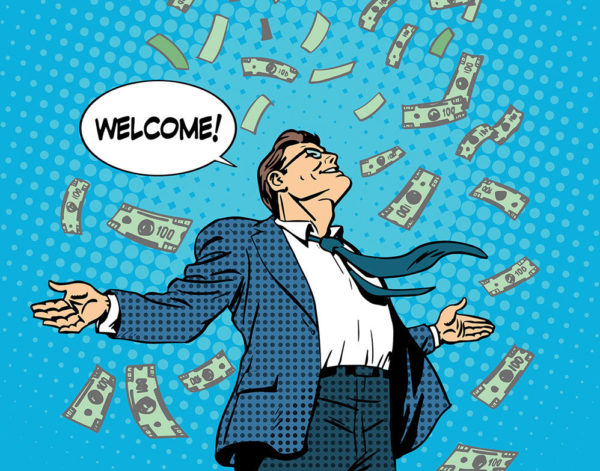 In January 2018, Jeff Fairburn, CEO of FTSE 100 housebuilder Persimmon, was awarded a total annual remuneration package of £100m. This was an eye-watering pay award, and was based on the approval of a long-term incentive scheme in 2011 by both the board of Persimmon and most of its major shareholders.

However, the real context was that much of Mr Fairburn’s recent success in boosting corporate earnings had apparently arisen as a consequence of the serendipitous launch of a government-subsidised scheme (Help-to-Buy), aimed at boosting UK housebuilding, which gifted a big boost to the sector’s profit margins.

As a result, an award of absurd proportions was made through an entirely legal process and, despite public criticism, Mr Fairburn felt under no moral compunction to refuse the payment. In his defence, he pointed to the fact that, although his personal reward was substantial, shareholders had also enjoyed significant gains in the wake of the fulfilment of the company performance conditions for the award.

The Persimmon case can be viewed as a bellwether for the wider corporate governance debate as an increasing number of governments around the world (including those in the UK, US and EU) have expressed faith in the capacity of institutional shareholders to act as “stewards” of listed and, to a lesser extent, private companies.

[The ownership of corporate equity] arguably brings with it moral rights and obligations relating to the practice of good corporate ownership, which policymakers nowadays call “stewardship”.

Many have enacted regulation or legislation (like the UK Stewardship Code, the EU Shareholder Rights Directive and the Dodd-Frank Act) which empowers shareholders and encourages them to become more engaged in a high-profile corporate governance role (including the oversight of CEO remuneration).

Policymakers appear to be convinced that if institutions can be persuaded to adopt a meaningful corporate governance oversight role, the resulting impact on corporate performance, behaviour and accountability will be beneficial for the companies themselves and the economy as a whole.

The ownership of corporate equity brings with it historically defined legal and economic rights to participate in corporate decision-making. It also arguably brings with it moral rights and obligations relating to the practice of good corporate ownership, which policymakers nowadays call “stewardship”.

As owners of corporate equity, institutions should, in theory, be aligned with social interest in the long-term performance, wellbeing and sustainability of their investee companies. They should be eager to contribute their influence to the shaping of a healthy and sound corporate sector which delivers long-term savers’ needs through long-term value creation.

However, for a variety of reasons (described in the book and demonstrated by cases such as Persimmon), this optimal corporate governance role is often not realised in practice.

For a variety of reasons (described in the book and demonstrated by cases such as Persimmon), this optimal corporate governance role is often not realised in practice.

For example, most pension schemes and retail collective investment schemes are subject to short-termist pressures that can make the expenditure of significant time, or resources, on the corporate governance oversight of any particular investee company incompatible with their commercial imperatives and regulatory obligations. Indeed, regulatory obligations are often a key source of the short-termist pressures that funds face, even though these obligations are well intentioned for beneficiary protection and prudential objectives.

Activist hedge funds can also influence corporate performance by using their legal powers to make certain specific demands of boards and management. Their activism is, however, instrumentally orchestrated to achieve certain objectives—primarily to benefit themselves—and it is uncertain whether their shareholder roles are necessarily for the good of the company in the long term.

We find that such investment fund models are, on the whole, also unlikely to promote a long-term ownership approach based on stewardship (although there may be individual cases of beneficial impact).

Sovereign wealth funds are important new players in the corporate ownership universe, and are inherently less subject to short-termist investment pressures. In principle, they could be well suited to advancing the sustainable wellbeing of their investee companies.

Overall, we are sceptical of claims that institutional investors possess (in aggregate) the capacity or the willingness to genuinely embrace a “stewardship” role, based on principles of good company ownership…

However, many of them may be subject to the political influence of regimes whose public governance is viewed with suspicion in many western countries, although some institutions—such as Norway’s public pension fund—should be applauded for using their ownership rights in corporate equity to encourage improved corporate responsibility and behaviour.

Overall, therefore, we are sceptical of claims that institutional investors possess (in aggregate) the capacity or the willingness to genuinely embrace a “stewardship” role, based on principles of good company ownership—notwithstanding the contrary claims which are often made by their PR and corporate governance teams.

This is not to deny that the investment management sector performs an increasingly important function: that of intermediating the myriad and voluminous needs for savings on a global scale. However, investment management is just one economic sector among many, with its own commercial and regulatory concerns.

In order to address public interest in a well-governed and performing corporate sector over the long run, perhaps part of the solution will be to re-examine the legitimacy of the traditional ethos of shareholder primacy. The policy expectation that institutions will embrace “stewardship” is itself a facet of shareholder primacy; it is taken for granted that shareholders have both the legal right and the inherited social mandate to guide corporate decision-making and behaviour.

However, shareholder primacy in listed companies has generated problems of corporate and market short-termism, an unhealthy focus on dividends and share buybacks, and often justifies the sacrifice of stakeholder interests for boosting financial performance.

Shareholder primacy is a narrow and limited premise for company law, since it does not take into account the reality that a company’s economic organisation is made up of many more sources of value than its top management and shareholders. The best companies already recognise this reality themselves.

It is now imperative to consider introducing a more stakeholder-oriented model in company law and the wider corporate governance framework.

It is now imperative, though, to consider introducing a more stakeholder-oriented model in company law and the wider corporate governance framework. This would in turn broaden the focus of corporate governance beyond the investment management industry, in favour of wider sources of accountability and oversight.

It may be argued that enrolling a wider group of stakeholders in company law would necessarily be disruptive for existing legal structures, creating confusion for directors’ duties and corporate decision-making.

Our conclusion is that the investment management industry will continue to flourish as a major industry in many economies, but should no longer distort the wider corporate system in a way that is inconsistent with the social and economic requirement for long-term value creation. This is a change of role that fund managers themselves may ultimately come to welcome.