Boards beware: as investor activism becomes more prevalent, directors would do well to prepare for the worst—an issue that few companies have properly considered. 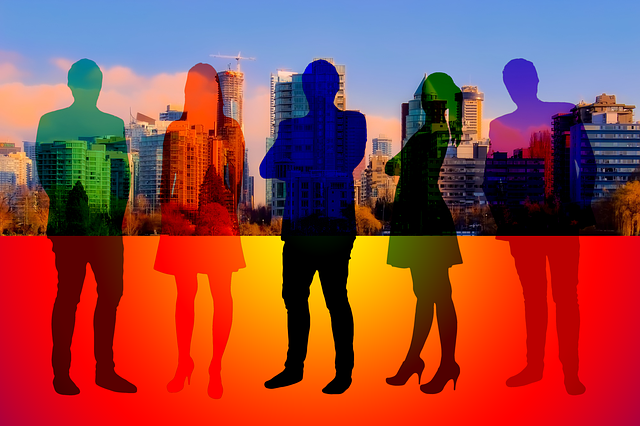 They can strike fear into the hearts of boards. They can force an about-turn in strategy, break up a company, or even clear out long-standing and respected members of a boardroom; activist investors make news and have the potential to bring about seismic change.

More importantly for board directors, activist investor activity is on the rise. Hardly a day passes without headlines about an investor leading a very public charge against a board that it believes is underperforming.

While activist behaviour was once reserved for Gordon Gekko-style raiders, its characteristics are being adopted by others.

So prevalent have they become that many see activism as an asset class in its own right, while a small but growing industry is sprouting up, advising boards on their readiness for the arrival of an activist who delivers a well-honed demand late on a Friday, just as the weekend beckons.

Tom Mercer, head of corporate transactions in London at global law firm Ashurst, believes activism has reached a critical threshold obliging companies to undertake the same kind of preparation for an activist’s approach as they would for a hostile takeover.

Furthermore, while activist behaviour was once reserved for Gordon Gekko-style raiders, its characteristics are being adopted by others.

“Activism is becoming an industry in its own right,” says Mercer. “And institutional investors are increasingly showing activist tendencies. “While activists have become increasingly sophisticated, few companies have refined their response-planning in the same way. That’s something that will have to change.”

The rise of activism

You don’t have to go far to find evidence that activism is on the rise. In August 2017, FTI Consulting revealed that outside the US, activist campaigns numbered 201 in the first half of 2017, more than double the figure of 70 for the same period in 2016.

Meanwhile, a study from Alvarez & Marcel recently showed that UK companies are significantly more likely to be targeted by activists than European corporates. The review also revealed that activists are becoming more impatient. The time between first evidence of underperformance and targeting by an activist has reduced from two years to 1.9 between 2016 and 2017.

Activism is also becoming increasingly high profile. In late 2017 the London Stock Exchange made headlines when The Children’s Investment Fund (TCI) called for the departure of chairman Donald Brydon in a row over retaining chief executive Xavier Rolet. TCI has also engaged vociferously over events at Volkswagen.

Dutch paint manufacturer AkzoNobel became the subject of attention for US fund manager Tweedy Brown when the Dulux maker turned away a takeover offer from a rival. In France, Corvex Management tackled Danone, while Petrus Advisers took on Commerzbank in Germany. In Switzerland, Corvex ganged up with 40 North to target chemical company Clariant.

The reasons for targeting a company are as diverse as the companies affected. Mercer points out that it could be anything from the purely financial—such as a claim that a company is holding too much debt, or should return more money to shareholders—all the way to demands for major strategic change.

Mercer points out that the response to an activist approach should begin long before it turns into a public shouting match. What is important is to realise that activists will often spend weeks preparing their case with highly skilled analysts before presenting the results to a board; it may be an argument that will win over other shareholders, and it’s their support the board will need if it is to keep control of the situation.

“Sometimes the best form of defence is for the board to think about whether the activist has a point,” says Mercer. “Take that point and develop it in part, if not, in whole.

“In other words, don’t assume everything the activist says is wrong. A company will demonstrate leadership by saying the activist has a fair point, and it may also help to show that in rejecting any other points the board is not being bloody-minded.”

This in turn could head off a damaging public clash long before the relationship between board and activist has a chance to go sour. “It’s a much more measured and careful process that doesn’t involve too much antagonism,” says Mercer.

Of course, none of that may placate a determined activist sure of their own analysis or, for that matter, a single-issue campaigner. That’s when the whole affair can become embroiled in legalities. Assuming a board either believes the activist is wholly mistaken, or agreement cannot be reached through engagement, an activist may choose to escalate, by requisitioning a shareholder vote.

It’s possible the requisition can still be halted in its tracks. According to Mercer, the process of a requisition involves jumping through various legal hoops and it can trip up the unwary.

“Activists get it wrong as often as they get it right—and so too can inexperienced advisers,” he says. It is often quite easy for a well-advised board to find holes in a requisition notice.

There are other possible legal pitfalls. A requisition that targets a hefty number of board places could be subject to investigation by the Takeover Panel if it involves a “board control-seeking proposal”—essentially a back-door takeover. This is much less likely, although Mercer warns that companies should still be alert to the possibility.

“Well-advised activists often go for the easier route, changing the board with people sympathetic to their strategy.”

If all the legalities are in order and an activist is determined to push ahead with a requisition, the hard canvassing of shareholders will begin. It’s at this point that the business pages will run dramatic headlines.

More importantly, a requisition is the moment when things can become uncomfortably personal. An activist is more likely to prefer using a requisition to change faces on the board than press for a shareholder vote on strategic change. It’s a matter of arithmetic. Removing a board member requires winning over 50% of the shareholder vote on the day of the general meeting. A commercial change of direction needs 75%. An activist maximises their chances of effecting strategic change by targeting personnel.

Mercer says: “Well-advised activists often go for the easier route, changing the board with people sympathetic to their strategy. The new directors can then push the activist’s agenda, rather than the activist having to take steps to compel the incumbent board to change its course.”

In one sense a requisition becomes two distinct races. It is not uncommon for as few as half of a company’s shares to be voted in general meetings, so boards tend to focus on increasing shareholder turnout as the best way to fend off the activist. Activists, on the other hand, will focus on winning the support of a few big shareholders in the hope that this will be enough.

“Retail shareholders tend to vote with the company,” says Mercer. “If you’re the activist, you aim at the larger shareholders.”

And yet, even when relations between board and activist seem beyond repair, there’s a chance a vote can be avoided. But it takes a big step. It means the board and the activist must seek to forge a deal, even at a late stage. An agreement may see activists withdraw their resolutions in return for movement towards their point of view.

“If a company is worried it may lose a vote, which is embarrassing and bad personally for directors removed from office, it is not uncommon and not unprecedented to broker a truce,” says Mercer.

A key lesson from recent activist campaigns is that companies that have prepared properly tend to get to better outcomes, says Mercer. He likens preparations for shareholder activism to the steps that companies take to prepare for a hostile takeover defence.

“Well-advised FTSE 350 companies will have a board committee tasked with managing the cascade triggered when a company faces a hostile takeover approach: that includes lawyers, brokers, PR; there’s a well-understood list of things to do.

“Boards rarely prepare anything similar for activists even though activism can be just as big an existential threat to the company.”

Activists are unlikely to go away and directors may need to become as conversant with the way they work as they are with institutional shareholders.

Mercer says: “Even if their interests seem short term, they come prepared. If you ignore them they will argue with other shareholders that they are making a perfectly valid point, but the board isn’t giving them an audience. This in itself may be said to be contrary to modern principles of good governance and shareholder engagement.

“It’s important to see activists as increasingly becoming a fixture of corporate life—boards may pray for peace but should in some cases prepare for war.”