There is renewed hope in France for economic policy and its impact on corporate governance. Michel de Fabiani examines the expected positive outcomes for business. 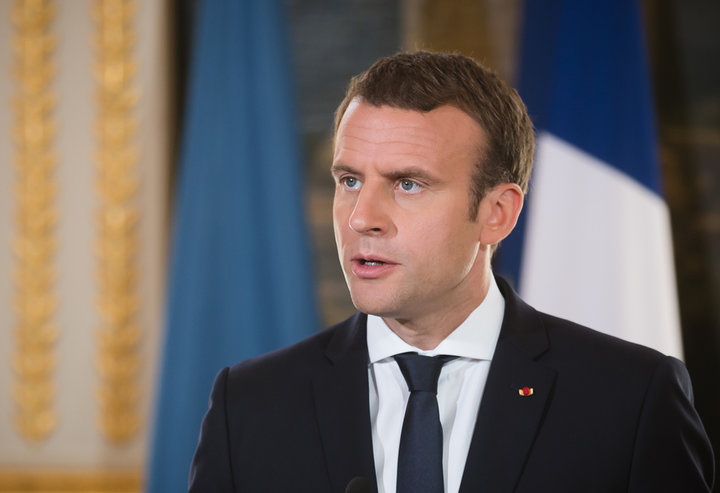 The election of president Emmanuel Macron in May, and the success of his representatives in the following parliamentary elections in June, have created a new atmosphere in France. And indeed outside France, particularly for the perception of economic policy and its positive consequences for business in our country.

“I want us to show solidarity because the success of only a minority cannot be the aim of the whole country.”

To try to evaluate how this will impact on corporate governance, we are able to refer to at least two commitments from the new president when he was a candidate: “I want us to be free to be entrepreneurs, to innovate, to succeed whatever our personal origin/background”; and, “I want us to show solidarity because the success of only a minority cannot be the aim of the whole country.”

In the specific area of remuneration, we already have an example of the president’s thinking, through the “Loi Macron” that was voted in when he was minister of economy and finance in 2015. The law limits increases to private pension rights to 3% per annum, while also imposing an obligation to publish the calculation, and the potential sums to be offered.

It also limits the attribution of performance shares to 10% of the share capital. The same law improves and reduces by half the acquisition and conservation period and the taxation of such shares.

In future we expect there will be an effort to reduce the administrative and tax burden for the creation and development of enterprises, especially in favour of SMEs, and that there will be more coherence in economic and business policy.

Concerning corporate governance we hope that there will not be, as in the past, an accumulation of laws and regulation aimed at restricting business.

Instead, we hope there will be a more open approach based on the AFEP-MEDEF national company code, and on recommendations on good practices in corporate governance from the IFA (the French institute for directors, equivalent to the Institute of Directors in the UK, although created much more recently).

We expect ESG to emerge as a more recognised principle to be translated into tangible objectives in company strategy, performance and remuneration plans.

Enterprises are expected to apply the laws and regulations and to comply with the company codes and voluntary commitments that they have chosen to publicise, especially in environmental, social and governance (ESG) areas.

We expect ESG to emerge as a more recognised principle to be translated into tangible objectives in company strategy, performance and remuneration plans. And we expect it to apply to all employees, with a focus on top executives—though not an exclusive focus, as has too often been the case in recent times.

We also expect that there will be automatic and deep consultation with relevant institutions before any new law, regulation or practice is proposed, or an existing one is amended. In this context we expect that the IFA will become the systematic interlocutor for the government and parliamentary circles concerning economic, financial and social decisions affecting companies.

Directors have a very broad view and experience of how to evaluate the consequences and perception of corporate governance in society as a whole, including shareholders, employees, universities, researchers, municipalities, the political arena and the media.

We also expect rigorous demand to inform and publicise, in a comprehensive way, all decisions taken by boards on strategy, investment, divestment, mergers and acquisitions proposed by executives—as well as their impact on employees, customers and the communities in which companies operate.

We think that the new political environment will see a push for a more open, liberal interpretation and application of regulation and codes than was sometimes the case in the recent past.

There will be an increased requirement from all institutions and the public at large on the quality of published business information, including the stipulation that it should employ the full potential of digital tools for consultation, information and decision processes.

In France the obligation regarding employee representation for boards of listed companies, introduced by the Sapin 2 law of 2016, and the participation of workers in remuneration committees, has placed a particular focus on the topic of pay.

But it is obvious that in this new context, employees will be expected to be involved not only in remuneration topics, but more genuinely and constructively in the development of company strategy and ESG policies.

More generally, we think that the new political environment will see a push for a more open, liberal interpretation and application of regulation and codes than was sometimes the case in the recent past. And we expect companies to be observed and commented on in a more positive way.

Michel de Fabiani is chairman of the IFA’s audit committee and vice-president of the Franco-British Chamber of Commerce & Industry.