Sir Jon Thompson argues there is no need to introduce B-Corp status in the UK, saying companies are already “moving in the right direction”. 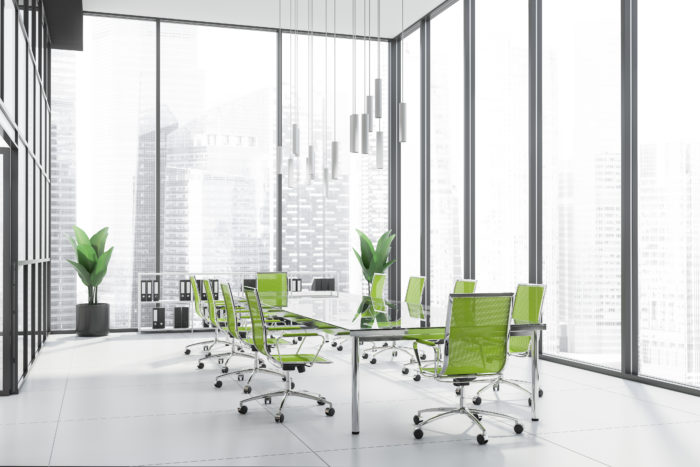 Does the UK need a new corporate form to cope with the demands of climate change and sustainability? Not according to the country’s chief governance and corporate reporting regulator.

Sir Jon Thompson, chief executive of the Financial Reporting Council, says the country already has the means in place to shepherd companies towards responsibilities other than financial performance and there is no necessity for the introduction of a “public benefit corporation”, or B-Corp, legal status.

The statement comes after Sir Jon gathered with other experts to discuss the future of corporate governance at the think tank Chatham House. The gathering heard from Robert Eccles, a professor at Oxford University’s Saïd Business School, that the future for governance would be a switch to using B-Corp structures because they place a responsibility on company directors to work for all stakeholders, not just shareholders.

Sir Jon was not convinced. He said: “Are companies responsible to other stakeholders, other than shareholders? We believe they are.” He added. “Some of the best companies already do some tremendous work in this area and … now a majority of directors, according to a recent survey, do actually acknowledge that they have responsibilities over and above shareholders. I think we’re moving in the right direction.”

He added he believes that section 172 of the Companies Act gives directors “some accountability” beyond the shareholders. “I don’t necessarily follow that you need to change the corporate form to drive higher levels of accountability.”

The FRC has been promoting the use of standards provided by the Sustainability Accounting Standards Boards as a means of improving disclosure on sustainability, but they are not mandatory in the UK.

But the Chatham House discussion revealed a cleavage over section 172. While Sir Jon emphasised it gives accountability for sustainability, Eccles made the point that it is permissive rather than placing a responsibility on directors. “In a public benefit corporation,” Eccles said, “directors shall take account of other stakeholders… I am not convinced that anything that we’re doing with a traditional C-Corp, well-intentioned as it is, is going to deal with the problems we have today.”

The disagreement touches not just on whether the UK needs a new corporate legal entity but also on whether section 172 itself needs reform, an argument recently made by the Better Business Act—supported by companies such as John Lewis and Innocent Drinks.

Launched in April, the campaign calls for section 172 to be rewritten so that a director’s first duty to promote the “success” of a company is transformed into promoting the “purpose” of the business. The move is also backed by the Institute of Directors. Director general Jon Geldart says the reforms would “empower directors to advance the purpose of their businesses in a way that benefits all stakeholders”.

That theme was recently picked up by Labour’s shadow business secretary, and former party leader, Ed Miliband in his new book, Go Big: How to Fix Our World, which made headlines across the business pages.

Born out of programmes made for the Reasons to be Cheerful podcast, the book not only promotes the idea of a shift to B-Corps (while conceding they may have limitations) but also reform of section 172. He writes that the proposed reform would “reshape” the duties of directors, shield them from “short-term shareholder pressure” and force boards to have strategies to “benefit all stakeholders” giving them “parity” with shareholders.

Reform would be part of a much broader scope of measures, according to Miliband, who also uses the book to back the use of workers on boards and expansion of workers councils.

“Of course,” he writes, “one new clause in the Companies Act would not be enough on its own to solve the problems of UK capitalism but it could be the linchpin of a different future.”

Sir Jon may have rejected the idea of B-Corps and argued section 172 is working but the debate over change is becoming entrenched. The Better Business Act campaign will continue and reform efforts now have political support, albeit in the opposition party. This debate is unlikely to go away as corporate sustainability efforts ramp up.