The pressures of the Covid-19 crisis are leading companies around the world to compromise ethical standards, researchers warn. 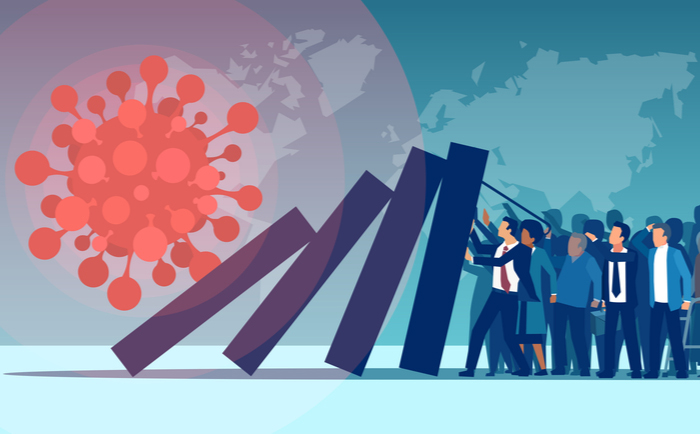 The strain of managing the impact of the Covid-19 pandemic has rebounded into company ethics, with employees across the world reporting a deterioration in the behaviour of colleagues around them.

In its annual global survey, US-based body the Ethics and Compliance Initiative (ECI) found that across the globe employees are seeing more misconduct, reporting more ethical breaches and coming under great pressure to compromise on ethical standards.

Worse, the ECI concludes that regardless of where an employee works in the world, most do not work in organisations with “strong ethical cultures”. Those responding to the survey report increasing levels retaliation when they do report ethical breaches.

The findings may suggest the pandemic has had a role in worsening ethics in companies as they struggle to come to terms with the effects of lockdowns and stalling economies.

The ECI report concludes: “The workplace is a pressure cooker right now for employees in the US and around the world. While employees seem to be withstanding the pressure and reporting more than ever before, the situation is tenuous with increasing rates of misconduct and retaliation. There may be a breaking point.”

The report finds that on average only 14% of employees globally could say they worked in an ethical culture. France reports the lowest with only 8% while India the highest at 28%. The UK scored just below average on 13% and the US 14%.

More workers in China, 53%, report coming under pressure while only 16% of Russian employees could say they had the experience.

The UK, France, Germany and Spain all clocked a rising level of pressure on previous years.

Europe saw mixed findings. Observed misconduct fell in Germany and the UK but remained static in France and rose in Spain from 24% to 27%.

The most popular form of retaliation globally is being ignored or treated differently by colleagues. But around a fifth of employees report receiving a poor performance review while a similar number say they were given unfavourable work assignments.

Retaliation is a perennial problem for regulators keen to foster more whistleblowing. Signs that it is on the rise will come as bad news and potentially a deterrent.

More striking though is that the bad news is spread globally—a testament to the ability of the pandemic to influence ethics and behaviours across diverse cultures.

According to Chris Cowton, associate director at the UK’s Institute of Business Ethics, the pandemic brought out the best in some companies, while “bad habits” in others worsened.

Retaliation, he adds, is a problem. “When we work with companies on their code of ethics, we encourage them to have an opening statement from the CEO or chair; and we strongly advise them to include in that statement a commitment not to tolerate retaliation against someone who speaks up. There are various ways of trying to make sure this happens in practice, but the upfront commitment is vital.”

ECI’s report is bad news serving up much food for thought for regulators. They may draw comfort from a growth in the willingness to report wrongdoing and hope the pandemic has caused a blip. If not, they will need to address what looks like a pernicious problem.