Understanding settlement agreements is important to see the complete picture of the corporate governance landscape. 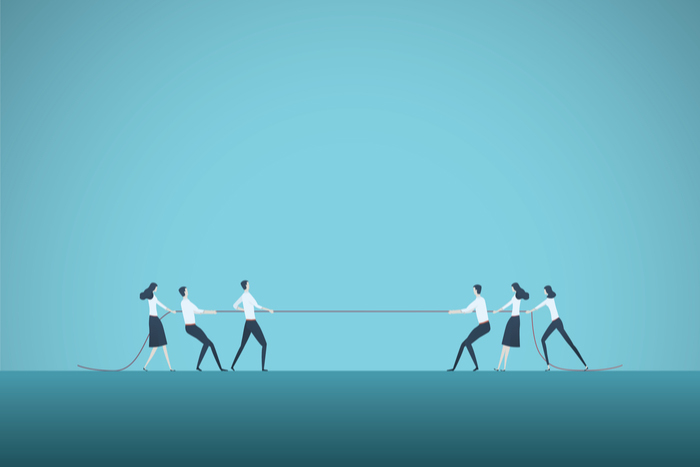 When the news broke in September 2016 that billionaire William A. Ackman had taken a 9.9% stake in Chipotle Mexican Grill, the stock of the burrito restaurant chain increased by nearly the same percentage in early trading. Pershing Square Capital Management, the hedge fund led by Ackman, revealed that it would hold discussions with Chipotle over a wide range of issues—from governance to operations—thus signalling the launch of an activist campaign.

In December of the same year, Ackman reached a settlement with Chipotle: he agreed to refrain from commenting publicly on the firm and to keep his ownership stake to a maximum of 12.9% for the next two years. In exchange, the eight-member board of Chipotle added four new directors, half of whom were affiliated with Ackman.

About a year later, the chain’s CEO stepped down and was replaced by someone Ackman helped recruit. This new CEO has since executed several strategic and operational changes which sent the stock price soaring. Pershing Square Capital Management remains an important shareholder of the firm.

This story illustrates the main findings of a paper, Dancing with Activists, that Lucian Bebchuk, Alon Brav, Wei Jiang and I published this year in the Journal of Financial Economics. Our study, the first systematic empirical investigation of activist settlements, examined 3,012 activist campaigns that were launched in the US between 2000 and 2013.

Our hand-collected dataset*, which includes information on the characteristics and the aftermath of these campaigns up until 2018, sheds light on how activists influence their target firms. These inner workings of activism campaigns had mostly remained a “black box” until now. Here is a summary of what we found.

1. Settlements are more likely when the activist has a credible threat that they will win board seats in a proxy fight and incumbents have strong concerns about their reputation.

Activists often appear on the radar of a target firm when they acquire 5% of its shares, a threshold that requires them to file an SEC Schedule 13(d) form. While this may represent a sizeable position, activists remain, in fact, minority investors. Alone, they wouldn’t have enough voting rights to dominate the annual general meeting. What gives them leverage is the possibility that they might persuade enough institutional investors to support them in a proxy fight.

So what would make institutional investors sympathise with an activist? The biggest factor is the activist’s track record. The number of their campaigns doesn’t matter nearly as much as the positive results of these campaigns. The market reaction to past campaign announcements, a marker for the activist’s reputation, is also correlated with success in extracting a settlement, as exemplified in the case of Ackman and Chipotle.

On the company’s side, the more apparent the firm’s problems, the better the activist is positioned to obtain a settlement. In our analysis, a weak Tobin’s Q ratio and abnormally negative past stock returns particularly bolster the odds of activist success.

The characteristics of the board also matter. Boards whose members hold more directorships are less likely to settle. The same is true of boards with directors older than 70, who are unlikely to remain in the directorship market for much longer, which in turn reduces their reputation concerns. However, the relative likelihood of settlement increases when the board chair is up for election and when the campaign is more visible due to higher analyst coverage.

2. Settlements generally do not focus on the operational or leadership changes that activists seek, but rather on board renewal that can facilitate these changes down the road.

The majority of settlements, or 80% of them, only specify director turnover as a concession from the firm to the activist. On average, this leads to board size increasing by 1.79 seats. This focus on board turnover might seem surprising at first because shareholder activists often seek specific outcomes—e.g. a change of corporate strategy, a new capital structure—yet such goals are rarely stipulated in settlement agreements.

However, activists’ focus on board turnover during settlement negotiations makes sense when one understands the institutional background. Many items on the activists’ wish lists simply cannot form the basis of a contract.

Take, for instance, a settlement that calls for the implementation of a certain strategy. What if some unforeseen event happens to the firm or its industry after the settlement is signed? The board could easily use such event as an excuse to stall, and the activist’s efforts would come to naught. In the US, the activist would unlikely be able to enforce the settlement contract in court due to the business judgment rule, which prevents courts from second-guessing directors’ business decisions.

Similarly, only a few settlements (5%) stipulate the departure of the CEO, which is another campaign objective that activists often seek. Directors and executives are eager to negotiate settlements that are “face-saving” to themselves: quietly “retiring” from the board or stepping down as CEO a few months after the settlement agreement is reached is much less damaging to a reputation than a negotiated forced resignation.

The last reason why settlements might focus on board seats has to do with information asymmetry. Activists are aware that the board and management may have superior information. For instance, they may have insider knowledge as to why it would be a bad idea to implement a particular strategy favoured by the activist. Securing a seat on the board allows the activist to get the full picture before pushing for any decision.

3. There is no evidence that settlements enable activists to gain benefits for themselves at the expense of other investors.

Activist hedge funds are interested in implementing operational or leadership changes that they believe would substantially increase the value of their shares. They generally do this by adding directors who, in 52% of the cases, are affiliated with them. Some institutional investors, such as BlackRock and State Street, have publicly expressed concerns about their lack of influence on the selection of new directors during settlement negotiations. For instance, what if these handpicked directors only hold a short-term view?

What we find is that the board changes typically involved in a settlement benefit all shareholders. Following settlements, boards end up being composed of fewer old directors, fewer long-tenured directors and more well-connected directors. Whether or not they are affiliated with the activist, new directors generally receive significantly more votes in their favour at future shareholder meetings compared to incumbent directors.

Settlements also tend to be followed by:

We also find that the average settlement agreement is value-enhancing as stock price reactions to their announcement are positive. The rise in the stock price is higher when settlements introduce two or more new directors or provide for an immediate CEO turnover.

Lastly, our paper puts to rest fears that activists are out to practice a variant of “greenmail” through receiving preferential treatment in terms of share buybacks. We found that less than 5% of settlements were followed by a privately negotiated buyback between the company and the activist. In a large majority of these cases, the record indicates that the buyback was executed without a premium to the market price.

Activist settlements are on the rise

In our study timeframe, the number of hedge fund activist campaigns remained somewhat stable, with an average of 215 campaigns per year. What has changed is the increasing odds of the activists and boards agreeing on a settlement. In 2000, only 3% of campaigns ended in a settlement. Over the years, that percentage rose steadily to reach 21% in 2013 (the last year of our dataset).

The content of these settlements shows that oftentimes the fastest way to obtain a desired outcome is to go the indirect route. For activists, adding directors who are aligned with them—or at least open to their ideas—is an intermediary step that often bears the sweetest fruit.

* Our dataset includes SEC filings, financial data and analytics by FactSet, structured summaries by Capital IQ Key Developments of material news and events that may affect the market value of securities, news archives searches, the Directors Database Archive and proxy filings, among other sources.

Thomas Keusch is an assistant professor of accounting and control at INSEAD.