The increasing complexity of tech firm ownership structures could, if unchecked, impact the ability of boards to provide strong and effective governance. 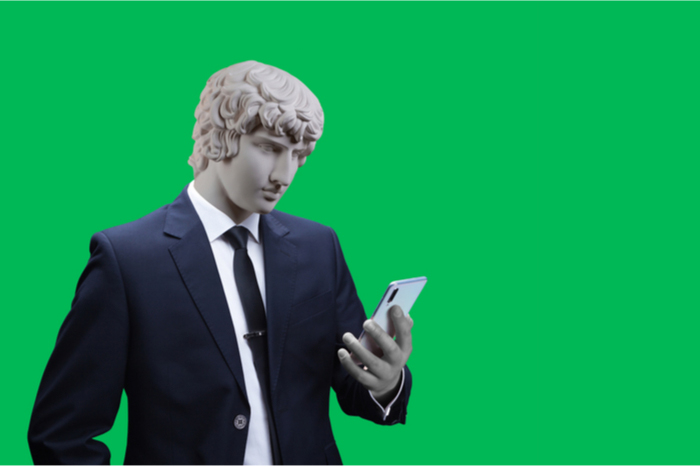 While the innovation and brilliance of tech “star founders” and their revolutionising companies have undoubtedly delivered great rewards for many of their stakeholders, they also bring new and uncharted challenges in the boardroom.

Just as public scrutiny is now being focused on some of the more insidious impacts of such companies’ dominance, investors likewise should be paying much closer attention to how effectively (or otherwise) boards are wielding influence on their behalf.

One of the most significant risks is the increasing complexity of company ownership structures, which could, if unchecked, erode the role of tech firm boards to that of (merely) adviser, without any real clout to intervene in the worst-case scenarios—including removal of a wayward founder. In this way, star founders effectively take on the mantle of “emperor”, enabling autocratic rule and the ability to override any decision made by the board.

Stakeholders with influence can, and should, intervene as a matter of urgency, to restore—even reinvent—the checks and balances that strong governance brings to healthy and profitable organisations.

This is particularly acute in view of the outsized influence and investment capital that tech companies command, and some of the key areas of concern—both internally to the organisation, as well as to society more broadly—are examined below.

Origins of the tech emperor trend

The “founder as emperor” phenomenon took off in 2004 with Google’s IPO, and tech giants such as Facebook, Tesla, Uber, Snap and Groupon have followed suit.

In fact, Peter Thiel—one of the main founders of Palantir Technologies, currently undergoing an IPO—has, according to the Financial Times, a staggering “29.8 per cent of a special class of supervoting shares — a bigger slice than any other insider. Through another special class of stock, the three co-founders […] are likewise effectively guaranteed long-term control of the company, even if their personal shareholdings dwindle almost to nothing.”

It is significant, too, that the media and entertainment industry (heavily weighted with technology firms) shows by far the highest prevalence of dual-class share structures.

A special share class in these structures confers skewed voting rights to its holders, effectively allowing them to maintain complete company control, despite owning only a minority of the business.

This shift in the balance of power firmly towards individuals, vis-à-vis the wider common shareholders, shows no signs of abating, and presents a number of potential risks for boards, investors, and society alike. Highlighted below are some of the most detrimental implications of this phenomenon.

Independent non-executives are usually ideally placed to represent the best interests of common or minority stakeholders at board level, but that ability could be compromised in the following ways:

Power: Non-executives operating within these structures risk becoming co-opted; whatever their intellectual advisory firepower, in the event of a clash in viewpoints—and even values—the ultimate decision rests with the founder. Non-executives in this situation have little option but to fall in line or resign.

Transparency: Board minutes are increasingly becoming less detailed (due to legal exposure), such that much of this interaction cannot be publicly observed. In addition, should a non-executive decide to leave due to disagreement, they would be unable to broadcast any concerns that may be in public interest, due to both generous golden handshakes and strict non-disclosure agreements.

With no recourse via the board, investors risk being exposed to the whims and personal mores of the founders

Influence: The above combination of imbalance and opacity means that common shareholders may not have adequate, nor truly independent, representation on such boards. As such, they still have skin in the game, but no real means of leveraging it.  There is a risk then, that they become little more than sources of cheap capital to these corporates, with very little say in how it is used, nor the decisions made, some of which may carry more risk than they are willing to bear.

Checks and balances: With no recourse via the board, investors risk being exposed to the whims and personal mores of the founders. Even when those decisions appear to be well-intentioned, there are myriad broader ramifications that should ideally be subject to the rigour of governance, and stress-tested before being finalised.

Compensation: Executive pay is already a hotly contested issue, but in dual-class structures, boards struggle to assert their position. A case in point is Tesla’s board-approved $55bn potential payout to Elon Musk—heavily tied to market capitalisation (currently bubbling upwards, thanks to excess liquidity directed at tech firms generally); this despite a very public wrangling with the SEC over Musk’s controversial Twitter statements.

Short-term value: In an SEC study of shareholder returns for dual-class stocks, SEC commissioner Robert Jackson spoke in 2017 about the findings, saying that while valuations of dual-class stocks outpace peers initially, the trend eventually reverses. “Seven or more years out from their IPOs, firms with perpetual dual-class stock trade at a significant discount to those with sunset provisions,” he said.

Considering the power these firms hold, it is problematic that multi-class shareholding structures effectively concentrate power into the hands of a minute number of people in Silicon Valley, and the tech sector globally.

Companies such as Google, Facebook, Snap, Uber and Tesla are now well-entrenched in everyday life, and a growing force of influence on society, an advantage that should not be wielded lightly. It is crucial, therefore, that the proper governance and control mechanisms are in place, not only to preserve the integrity of such firms, but more urgently, to ensure this power does not run unchecked.

Boards, therefore, need to carefully examine and monitor as part of their core risk management as well as ESG commitments, the most potent domains through which this influence is being wielded. These include:

Consumer habits: Whether through goods, services or even the information we consume, the power to influence a vast proportion of consumer habits is effectively in the hands of a dozen or so individuals. The ramifications of this on society—whether positive or negative—are potentially enormous and should be very closely monitored by those with more than just profit in mind.

Employment and economic power: These companies are, in aggregate, very large employers and sit on trillions in investment capital. By extension, therefore, their longevity and ethics will have a significant impact on livelihoods and well-being across entire communities, even countries.

Financial security: The stocks of these firms constitute a large proportion of savers’ stock portfolio investments, and likewise, their future pensions. In fact, the recent rebound in the S&P index is largely due to only five tech stocks, meaning that savers are very much affected by how these tech emperors’ decisions drive their company valuations.

Data: These few firms have immense amounts of data, as well as the algorithms to use it, in order to divine and track much about society and its inclinations. This has a whole range of future implications on what consumers have access to and how much they pay for it, as illustrated by the growing number of tech firms using dynamic pricing models.

Political influence: Behind the scenes, most of these players, whether overtly or otherwise, are also driving significant investment into lobby groups. How and what they choose to influence with this might has the potential for great good, but, unchecked, may also result in outcomes that are less positive or even damaging to existing consumer rights and protections, competition, and elections.

The power of these emperor-led firms clearly has the potential to significantly impact many aspects of everyday life, whether election campaigning, employment patterns or purchasing power. What could, or should, their boards be doing to ensure this influence is beneficial to everyone with a stake in these outcomes, not just a few? Digital-age, forward-thinking boards need to be addressing this challenge as a matter of urgency. For all for us.