Discrimination in the workplace harms employee health, innovation and productivity. Creating a diverse and equitable workplace benefits everyone. 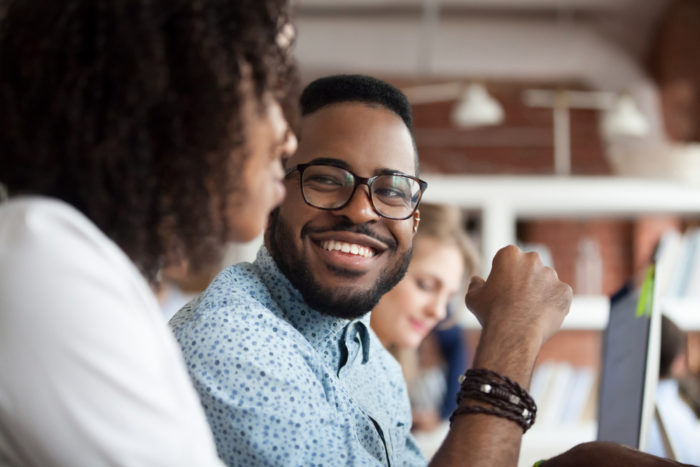 Recent events have highlighted the profound effect systemic racism has on society. Global protests, the removal of monuments and much-needed policy changes are grabbing headlines. But if we’re to effect real change, a heightened focus on everyday experiences is vital—and that includes what’s happening in business and the workplace.

We’ve long known the benefits diversity offers, but companies can now no longer put off the hard work that goes into building and maintaining an actively anti-racist work culture.

As businesses look to move to a stakeholder capitalism model that considers people and the planet alongside profits, here’s a breakdown of some of the ways that racism is bad for business.

Diversity is proven to boost innovation and, as a result, companies’ financial performance. After all, as a European Institute for Managing Diversity report notes, it can help firms move away from “limited unilateral thinking” and guide them towards discovering new products, markets and ways of doing business.

Diversity is proven to boost innovation and, as a result, companies’ financial performance

The financial rewards could be huge. In the UK alone, full BAME representation in business, and especially management roles, could be worth £24 billion ($30 billion). Companies that do badly on diversity, though, can expect to also do badly full stop. A McKinsey report on the topic found the companies that performed worst on diversity were almost 30% more likely to underperform on profitability.

It’s crucial that employees from underrepresented groups feel secure in their workplace if they’re going to be fully engaged and bring their best ideas to work. Experts say “psychologically safe” employees are more interested in learning, excellence and connecting with others than in just looking good to their employers.

2. A toxic work culture is no good for anyone

On the flipside, an organization that appears to tolerate racist behaviour creates a lack of psychological safety for its employees. This leads to disengagement, lower productivity and a higher staff turnover.

It’s a problem that persists and, across the globe, stories of discrimination and bullying continue to be reported. In the US, for example, more than half of Black employees say they have experienced racism at work. And, as one man told Fortune, the issue can become more visible the further up the ladder people climb.

These biases exist in the hiring process as well. One Danish study, published in the American Economic Journal, found that personal biases lead to people picking colleagues of the same ethnicity even if they are less productive—foregoing 8% of their earnings in the process.

3. It increases absenteeism and health issues

When people experience this kind of discrimination at work, it can affect both their physical and mental health.

Racial discrimination and workplace bullying can lead people to smoke or drink heavily as a coping mechanism, according to a study from the US National Institute for Health. But it doesn’t stop there. The resulting stress, the report says, can lead to an increase in problems like obesity and high blood pressure, as well as depression and anxiety. Counterproductive behaviours like leaving work early, arriving late, or not completing work on time often follow.

When discrimination is widespread, trust declines and morale across the organisation drops

Less overt types of discrimination take their toll, too. More subtle forms include things like someone being unfairly overlooked for promotion or being pushed into early retirement. In all, when discrimination is widespread, trust declines and morale across the organisation drops.

Structural racism also results in lower wages for Black people, and even more so for Black women. Black people are paid less in the United States, for example—men 13% less, and women 21% less. This wage inequality leads to poverty and limited access to healthcare. In the US, the poverty rate for African-American women is almost twice that of white women in all but one state.

4. It leads to bad PR, loss of income and litigation

All of this affects how a business is seen by those outside of the organisation. Employees are among a firm’s biggest potential advocates, and when workers aren’t happy they spread the word.

This could lead to a loss of earnings as individuals and companies among an employees’ personal networks avoid doing business with the company. And it could harm recruitment efforts, too, as job seekers researching the company are likely to look elsewhere if they uncover a business that doesn’t appear to support their values. Recent studies show 70% of jobseekers now want to work for a firm that promotes diversity and inclusion.

Add to all this the fact that in many countries racial discrimination is against the law, and a company mired in a high-profile case could find they have to pay extensive damages. Again, that’s just the financial cost—the reputational damage to the business could be substantial.

5. People want to do business with firms that take an anti-racist approach

This is the bottom line, and it affects the business bottom line, too: 64% of consumers globally will buy from or boycott a brand based on its position on a social or political issue, according to an Edelman report.

A more recent Edelman poll, carried out after the death of George Floyd in the US, discovered that Americans expect brands to play a key part in addressing systemic racism: 60% said they would buy from or boycott a brand based on its reaction to the Floyd protests. This figure rose to 70% for the 18-34 age group.

But people don’t just want brands to speak out—they want them to act. The majority of respondents to the survey called for businesses to use marketing budgets to educate the public on racial equality, to invest in tackling the root causes of the problem, and to address diversity in their own organisations, products and communications.

Businesses have a moral obligation to address this issue, of course. But when the impacts on organisations that don’t act are taken into account, too, it becomes clear that adopting an anti-racist approach as a business imperative can no longer be ignored.

The good news is that where past efforts may have fallen short, a renewed focus and recent innovations in this area—including in technology—give reason for optimism that meaningful change can be enacted.

This will require businesses to be actively anti-racist and commit to putting in the effort over the long term. It’s effort that’s unlikely to be wasted. Making progress towards a more diverse, inclusive and equitable workplace ultimately benefits everyone—regardless of race.

Adwoa Bagalini is engagement, diversity and inclusion lead at the World Economic Forum.

This article first appeared on the World Economic Forum website and is reproduced here with permission. Read the original article.