Research from the Institute of Business Ethics reveals that ethics, values and culture are struggling to find a home at the top of boardroom agendas. 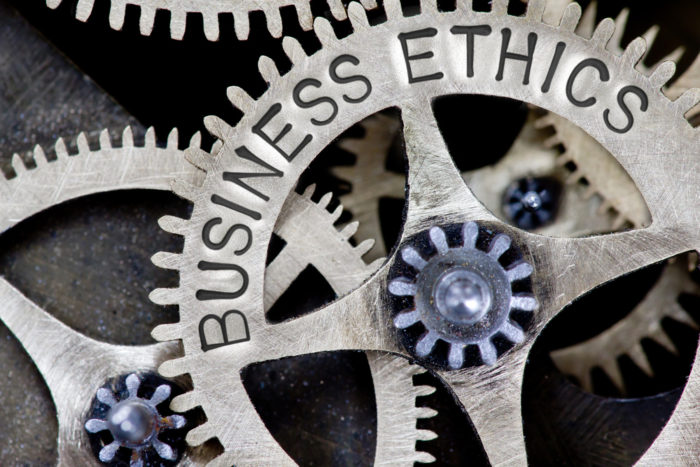 It is a challenge to move ethics into the boardroom, according to research examining business ethics across the UK and Europe.

The Institute of Business Ethics (IBE) looked at reports from 242 companies and found that fewer than half—46%—state that their boards received mandatory training on its ethics programme.

More startling, the number of boards discussing ethics, values and culture on a regular basis has fallen from 86% in 2016, when the survey was first conducted, to 69% this time.

Those boards that do discuss ethics appear to do so on a more regular basis, with 42% saying it happens quarterly, compared with 24% in 2016. Almost a quarter, 24%, reveal that ethics plays no part in board performance appraisals.

The IBE report says: “The data collected for this report shows that the approach to ethics in large organisations is evolving into better practice over time, but some important challenges still remain.”

Guendalina Dondè, head of research at the IBE, said research in the past has shown in many cases where ethics committees do not exist it is because a decision has been made that the board itself is the right arena for considering ethics. In some cases, specialist committees were disbanded so ethics could be a subject for the entire board.

“On the other hand,” she said, “some companies believe that in their case having a committee was a great way to keep attention on the issue.

“We were surprised at these result because we would have expected that people who said ethics, values and culture were regularly discussed at board level would have a committee, but it doesn’t seem to happen and most companies that discuss ethics also have a board-level committee.

“We wouldn’t go as far as saying that every company should have a board-level committee, but we see from the results that it helps keep ethics on the board’s agenda.”

Getting ethics in the boardroom may be an issue of training. Less than half of respondents, 46%, said their companies provided mandatory ethics training for boards. Even those who took part in the survey found this alarming. One respondent told IBE interviewers: “You have to lead from the top and the reinforcement of the message is the same: whether you work on a factory floor or in an office, you need to be reminded about the main risks that we face.

The UK seemed to fair less well than European counterparts on some issues. In the UK 75% of companies had a publicly available code of ethics, compared with 97% in Italy and France and 87% in Germany. In Spain the figure is 100%.