The Financial Reporting Council will analyse how UK firms and their auditors “assess and report” the impact of climate change. 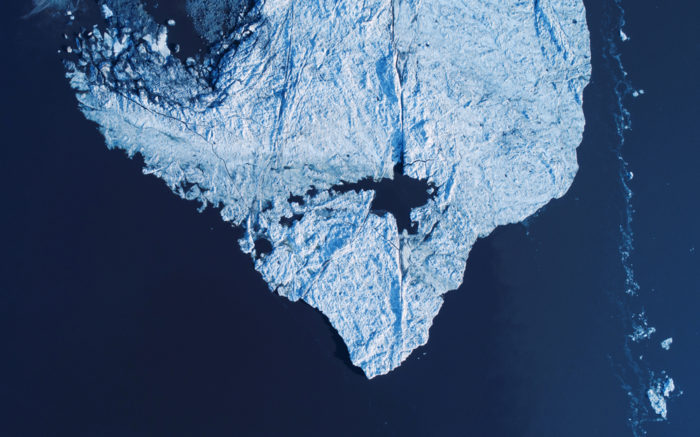 Like it or not, the climate-risk reporting of UK companies is about to come under close scrutiny.

This week the UK’s corporate reporting watchdog, the Financial Reporting Council (FRC), revealed that it will review how companies and their auditors “assess and report” the impact of climate change.

That should come as no surprise. Recent studies and campaigning have focused on relatively poor quality reporting on sustainability and climate leaving close observers with little doubt that many companies are yet to fully engage with reporting climate issues, prompting questions about how they are actually addressing real-world risks.

Politicians and regulators have signalled for some time now that reporting is the frontline in the corporate effort to counter global warming. The FRC said this week that it would look at a raft of issues underlying UK climate reporting by reviewing a sample of company reports and accounts to examine the level of “compliance” with reporting requirements.

This will include a close look at whether companies are reporting in line with recommendations from the Task Force for Climate-related Financial Disclosures (TCFD), a body of the G20’s Financial Stability Board, which produced a guide to presenting climate risks in 2017. The TCFD itself has signalled disappointment with take-up of its guidance.

Meanwhile, the UK government has indicated that mandatory TCFD reporting is on its way.

The FRC will also look at a sample of audits to see how auditors are “ensuring” climate risks are reflected in UK corporate reporting. There will also be scrutiny of disclosures under the UK Corporate Governance Code’s demands for reporting risk and “long-term factors” affecting company viability.

Sir Jon Thompson, the FRC’s chief executive, indicated that the review was in part driven by investor expectations. The review is concerned with companies operating sustainably and whether they are receiving the right challenge from auditors.

“Not only do boards of UK companies have a responsibility to report their impact on the environment and the risks of climate change to their business, but investors expect them to operate sustainably,” said Sir Jon.

“Auditors have a responsibility to properly challenge management to assess and report the impact of climate change on their business.

“The FRC has high standards for company disclosure, including regarding climate change. Company reports and accounts are essential to understanding how the corporate world is responding to the challenge of climate change.”

At least one campaign group has complained formally about the state of corporate climate reporting. In 2018, legal charity ClientEarth lodged formal complaints with the FRC about reporting and auditing at EasyJet, Balfour Beatty, EnQuest and Bodycote, complaining they had failed to confront the “risks or trends that climate change or the low carbon transition present to their business”.

This week ClientEarth reiterated criticism of climate reporting and its supervision. It also said inspection of reporting was no longer enough.  Daniel Wiseman, a ClientEarth lawyer, said regulators have been “asleep at the wheel” over poor reporting of climate risks to companies and the wider economy.

However, Wiseman acknowledged the importance of the FRC review.

“The FRC’s review will focus on climate disclosure – but while this is vital, it is no longer good enough on its own,” said Wiseman. “We need urgent attention on what companies are actually doing in the real world and whether it squares with global climate imperatives.

“Companies that continue with climate-destructive behaviours are planning their own demise. A 4C global temperature rise is no climate to do business in and it is in companies’, auditors’ and regulators’ own interest to work to avert this scenario.”

Two recent studies have thrown doubt on the efforts of companies to throw light on their own climate issues.

This week, a report revealed that most sustainability reporting across Europe, under the EU’s Non-Financial Reporting Directive, fails to meet minimal standards.  The Alliance for Corporate Transparency looked at 1,000 companies and found only 22% of companies presented sustainability indicators in summary form, in stark contrast to the way financial metrics are displayed.

“There needs to be some further intervention,” said Gregory. “There doesn’t seem to be any evidence that a voluntary approach [on providing more detail] would lead to any significant improvement in the quality or specificity of the reporting.”

Another study, this time by Oxford Brookes University, registered concerns that companies may be selectively choosing data that offered a better picture of their performance than otherwise deserved. Academics concluded the impact of these reporting choices could amount to “greenwashing”.

Writing for Board Agenda, the report authors —Dr Kate Ringham and Dr Samantha Miles—concluded: “While improvements in sustainability reporting practice are evident, the approach to the subject remains compromised.

“Corporate narratives are frequently decoupled from underlying organisational realities, resulting in a weak correlation between reporting quality and actual social and environmental performance.”

In January Larry Fink, chief executive of BlackRock, the world’s biggest asset manager, warned boards about the state of progress on sustainability issues.

“Given the groundwork we have already laid engaging on disclosure, and the growing investment risks surrounding sustainability,” wrote Fink, “we will be increasingly disposed to vote against management and board directors when companies are not making sufficient progress on sustainability-related disclosures and the business practices and plans underlying them.”