While recent speeches by Philip Hammond and Mark Carney—and a Greenpeace protest—have helped to focus attention on climate reporting, a status report from the Task Force on Climate-related Financial Disclosures says more needs to be done. 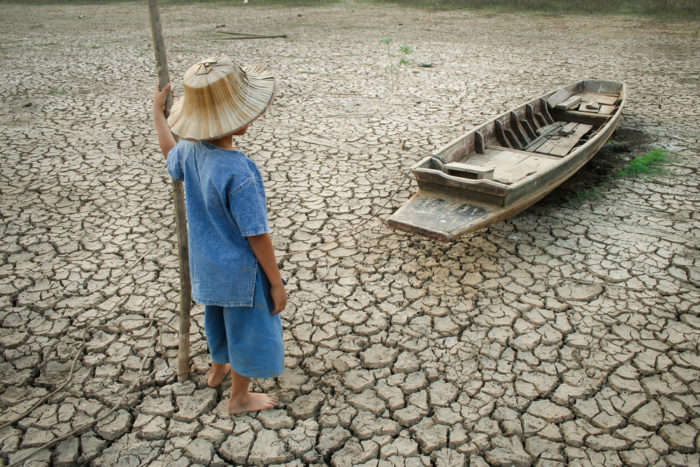 Last week climate emergency protestors from Greenpeace disrupted the annual Mansion House speech of the UK chancellor, Philip Hammond. A pep talk to the financial world’s great and good, this year’s event saw the chancellor remind the gathering that the UK government is in the process of legislating for a target of net-zero greenhouse gas emissions by 2050.

Mark Carney, outgoing governor of the Bank of England, also spoke at the event, highlighting the work of the Task Force on Climate-related Financial Disclosures (TCFD), and its efforts to persuade companies to report publicly on their climate emergency risks. He echoed the TCFD’s conclusions that companies must up the pace on revealing how the climate emergency could affect them. “Disclosure must become comprehensive,” said Carney. “Risk management must be transformed. Sustainable investment must go mainstream.”

The TCFD is a project of the G20’s Financial Stability Board chaired by Michael Bloomberg. In 2017 it released guidelines for companies to disclose their climate-related risks. That advice has been fermenting inside accounting and sustainability departments in listed companies around the world since then. It was never mandatory but pressure from the G20, politicians, regulators and NGOs has been mounting steadily. A recent report on progress welcomed efforts made so far, but also called on companies to increase their pace.

“Given the urgent and unprecedented changes needed to meet the goals of the Paris Agreement, the Task Force is concerned that not enough companies disclosing information about their climate-related risks and opportunities,” the report says.

What the TCFD wants to see is more data on climate-related risks and opportunities. Without more information financial markets will lack “sufficient information about the potential financial impact of climate-related issues on companies”. According to Mary Shapiro, special adviser to the TCFD chair, the disclosures guidelines encourage companies to develop approaches that are climate friendly. “A company that communicates its climate resiliency to its investors will have a competitive advantage over those that don’t,” she says.

Notwithstanding the business imperative, the TCFD also makes plain the environmental context for getting on with climate disclosures. As the TCFD points out, a report from the UN’s special scientific body, the Intergovernmental Panel on Climate Change, says limiting global warming to no more than 1.5℃ above pre-industrial levels requires “rapid and far-reaching transitions in energy, land, urban and infrastructure (including transport and buildings and industrial systems”.

There are other warnings. According to the UN Environment Programme’s Emissions Gap Report 2018,  the production of greenhouse gases must peak by 2020 to hit the 1.5℃ target, but current trends mean it will hit its high-point ten years later in 2030.

“Further improvements in the quantity, quality and comparability of disclosures are urgently required to meet the needs of investors and other stakeholders”

That’s a sobering thought, and explains the emphatic nature of the TCFD’s message. As it happens, the Task Force is not the only body pursuing a climate disclosure agenda—the European Commission too has stressed the urgency of action. A report out last week, Guidelines on Non-Financial Reporting, is aimed at targeting capital towards sustainable investment. It too sees published information as a pivot point in encouraging green investments.

“Corporate disclosure of climate-related information has improved in recent years,” says the report. “However, there are still significant gaps, and further improvements in the quantity, quality and comparability of disclosures are urgently required to meet the needs of investors and other stakeholders.”

The TCFD’s review found while climate disclosures have increased, only 46% of companies fully report using TCFD guidelines. Another 45% have implemented TCFD reporting “partially”, while almost one in ten companies says they have not implemented any TCFD recommendation.

As those figures suggest, there is also an issue with how many of the TCFD guidelines are used by companies. Just 25% of companies published information addressing more than five of the Task Force’s 11 recommended disclosures. Only 4% of companies made disclosures aligned with 10 or more of the guidelines.

There is also concern about the number of companies using “scenario analysis” as part of their TCFD reporting. Indeed, almost half the companies preparing reports said it was difficult to undertake scenario analysis without revealing commercial sensitive information. Companies in Europe do better on most reporting issues than companies elsewhere in the world, with those in North America closely behind.

There are a number of reasons for the hold up on climate reporting. The top reasons cited include: information is published using other reporting frameworks; investors have not requested information; climate is not considered a strategic issue; and peers are not disclosing climate information.

According to Jon Williams, partner at advisory firm PwC, one of the organisations that contributed to the report: “We have always said this is a three to five-year journey.”

Williams says some sectors are more prepared for scenario analysis than others. Bank stress-testing is a similar process, while insurance companies should also find the process relatively comfortable. Williams says energy companies have been working on scenario analysis for decades. Others sectors, such as retail, will be brand new to the exercise and will find it hard.

There are also companies whose domestic legal regimes make it problematic. Williams suggests some companies may be holding back for fear of publishing errors that could prompt legal liabilities.

There is also a possibility that some boards have yet to face the right kind of pressure from investors to get on board. “They should be going to the board and saying they should disclose under TCFD,” says Williams.

According to Chen, TCFD reporting is internally focused, with a concentration on the climate implications for revenues, cost of operations and profits. Other reporting schemes, such as the Global Reporting Initiative, and the EU’s Non-Financial Reporting Directive are externally focused, concerned with implications for stakeholders, such as local communities, employees and suppliers. This means a lot of extra effort.

“It doubles the work,” says Chen. “I’m hearing companies saying that they are going to have to create two different reports to comply with TCFD.”

Chen too has come across companies struggling with the demands of scenario analysis, but agrees with Williams that it should not prevent any organisation from tackling some elements of TCFD reporting. Indeed, Williams advises boards to push on with narrative descriptions in which the company reports on its governance arrangements for climate and then go on to build a quantitative picture of the impact.

With the backing of the G20, TCFD reporting isn’t going away—and nor is the climate emergency. Companies will be under continued pressure to report their climate-related risks. That’s good for investors, companies’ strategies and the planet.